Spiti Valley Trek– Every adventure junkie dream to explore the great desert mountain valley located high in the Himalaya.Read here the remarkable travelogue of Priya all way from Delhi to Spiti Valley, the challenges of ever changing &  harsh Spiti Weather

The actual plan was a group trip to the beautiful Tarsar-Marsar Lake which is in Kashmir but due to the terrorist attacks that got canceled. Since I had a planned vacation which was approved, I decided not to waste it and to go for a solo trip to Spiti Valley.

Tip !! Spiti weather changes without giving prior warning, even in peak summer months of April-May, there are good chances of snow, landslides, and road blockage. Check with local authorities before heading out

I did some research about the weather in Spiti as it was raining heavily in Uttarakhand. I was a bit skeptical about going there as everyone said that area is prone to landslides in this season, but I confirmed about the weather at Spiti with one local agent and without giving it a second thought I booked my bus tickets to Manali, a day stay at Zostel in Manali and another in Kaza.

On Friday, I reached Majnu ka Tila (Delhi) quite early to catch the bus. The fantastic thing which happened to me as I was waiting for the bus in a coffee shop, I met a great traveler who had been to Spiti about five times. He described everything about the place, and I became all the more excited to see the place. 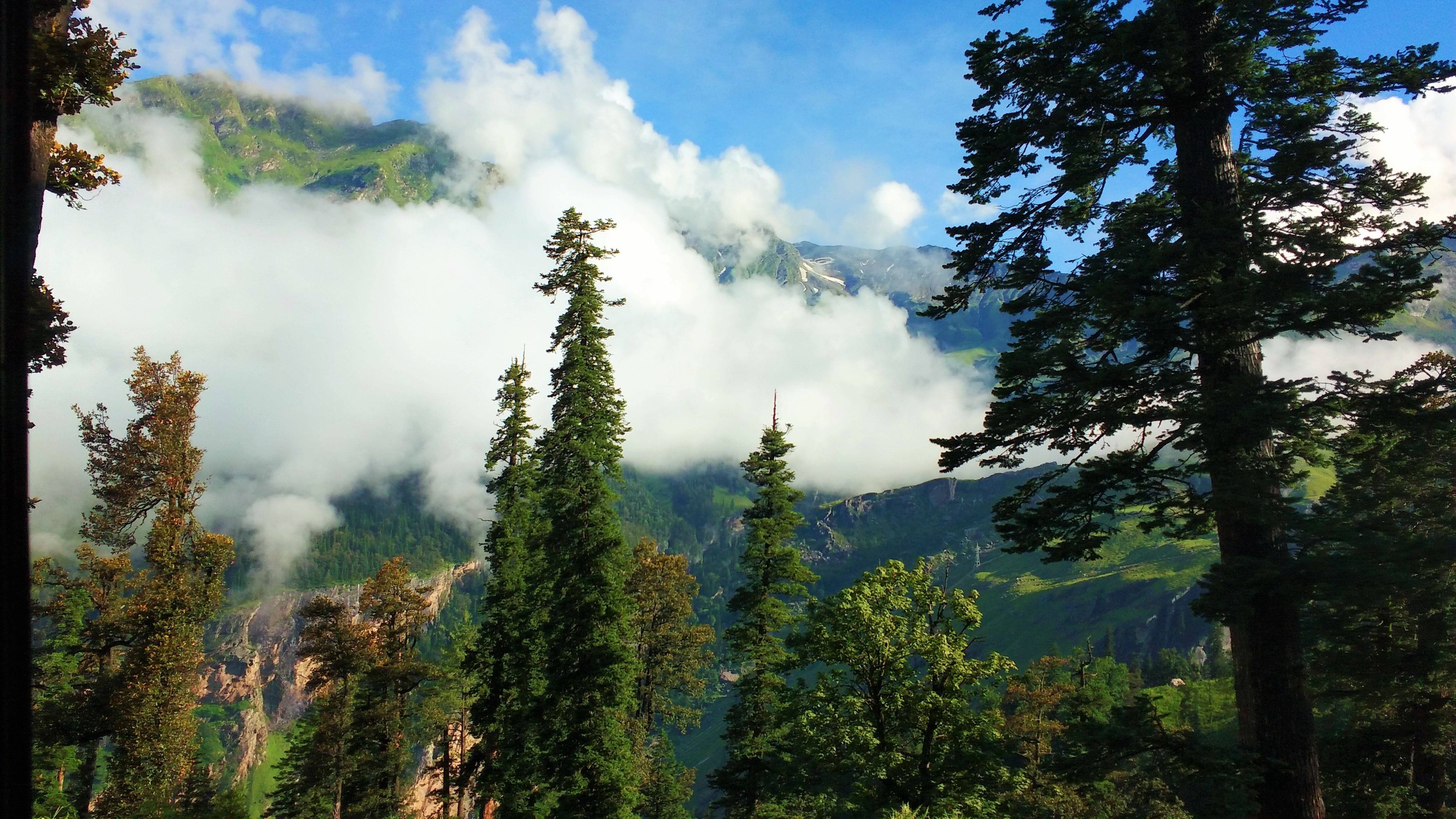 I reached Manali in the morning. I took a private semi-sleeper bus (cost me around Rs 900) which took around 13 hours to reach Manali. The journey was not at all comfortable as I couldn’t sleep due to the uncomfortable seats, but as soon as I reached Manali, I forgot all my tiredness seeing the beautiful Manali dancing in the rain.

I checked into the Zostel, the backpacker’s hostel which was in Old Manali and freshened up. I then took a book with me and went out to explore the cafes as I read a lot of the cozy cafes of Manali. There were plenty of beautiful cafes to choose and relaxed in the market. I just picked one randomly and ordered a coffee.

Experience of Manali with Coffee, Book, Rain & Chatting with the Fellow Travelers 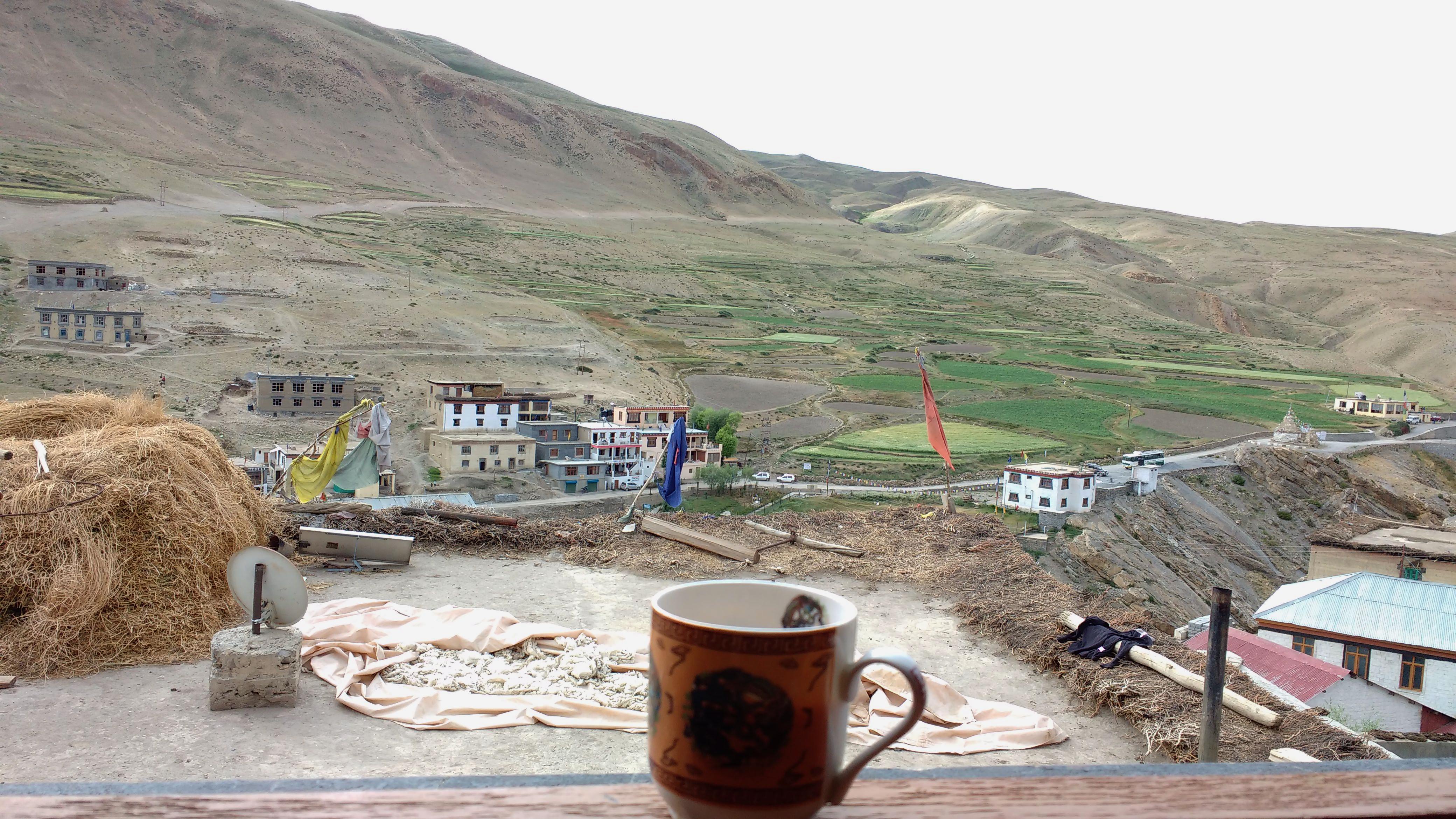 Just imagine sitting with a beautiful book and a cup of coffee with the sound of drizzling rain and gushing water of the river and the enchanting view of mountains. In the evening, I met some fellow travelers, and we decided to have dinner at a cafe with the live band was performing.

I tried for a government bus, but you have to book it two days in advance because only one bus runs from Manali to Kaza and charges around Rs. 300/-. So, I took a sharing cab for Rs. 1100/-. We started around 8 ‘o clock in the morning. And guess what, we began our journey by eating an apple from a garden of Apple trees. I couldn’t believe my eyes; I used to see apples hanging from the trees only on the television.

The roads were terrible but the views compensated for everything. I reached Kaza around 5 ‘o clock in the evening. I checked into the Spiti Zostel and ordered a coffee to relax a bit after such a tiring journey. I sat in the common room of Zostel and where I met two Israelis who were playing Carom, and I joined them. 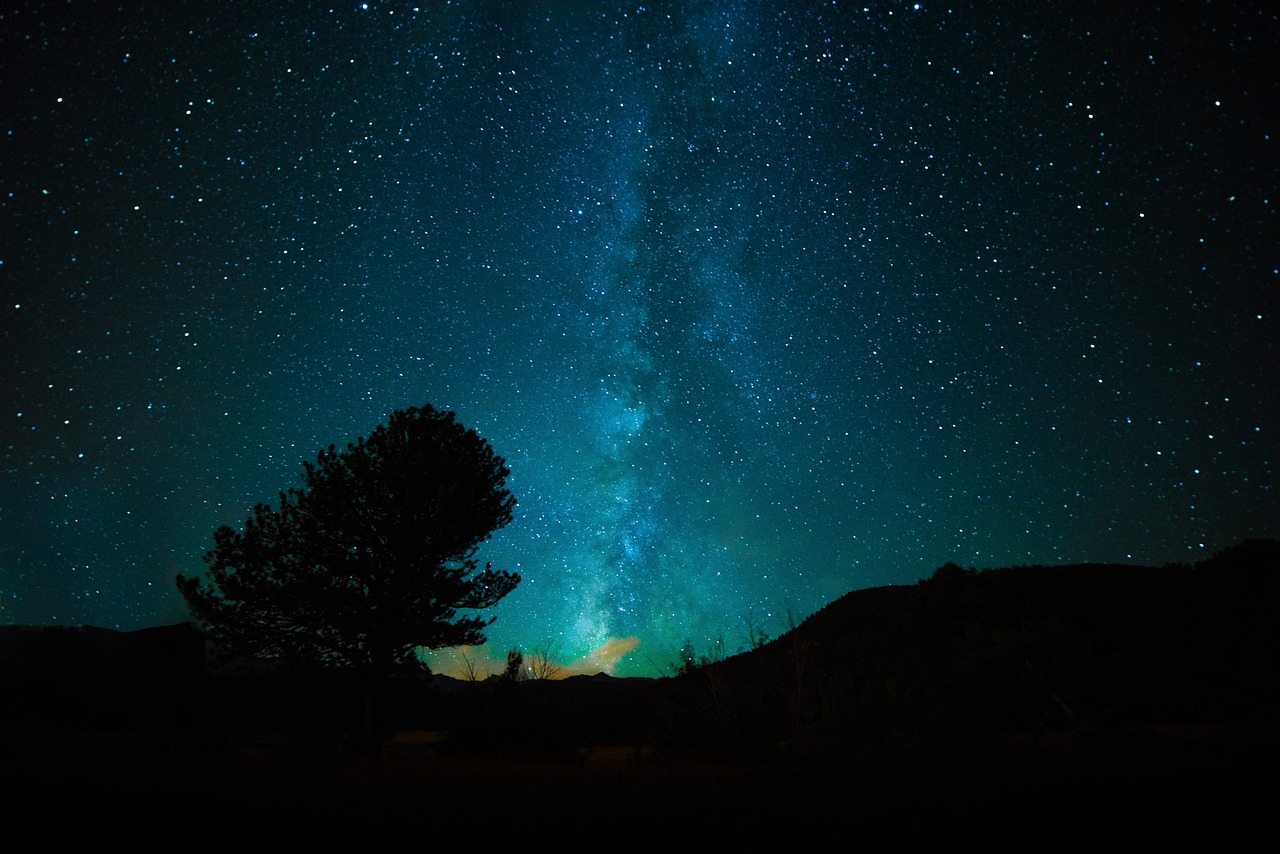 The Israelis were in a big group of 6-7 people, and they had planned to star gaze that night. I joined them, and we went to some place far from the lights of Kaza. We were all lying on our backs on the ground facing the sky and gazing the stars. The scene was indescribable; we could see hundreds of stars, Milky Way, North Star and many falling stars. I wish I could just stay there for a lifetime.  That moment was my best memory from the whole trip.

Day 3: 1st August: Monday- Visit Monastery & one of the highest inhabited village in the world

I woke early in the morning and decided to go to the famous Key Monastery either by walking or by hitchhiking. There was some cultural function at Key Monastery. It was around 13-14 km from Kaza; I walked for some distance and then took the lift from a tractor.

My First Experience of Hitchhiking (travel by getting free rides)

I was hitchhiking the first time, and I found it exciting. When I reached the Key Monastery, the program was just about to start, so till then, I played some games with the young monks at the monastery. I saw the cultural dance of some of the native tribal people in the cultural show. In the afternoon, I decided to go to Kibber which was just 5 km from the monastery.

One more traveler joined me, and we walked for some time and then somebody gave us the lift. We took a homestay there and relaxed for some time. In the evening we went to see the place around. It was a village with not more than 70-80 houses.

At Height of 14,000 feet Above Sea Level: Once in a Lifetime Experience 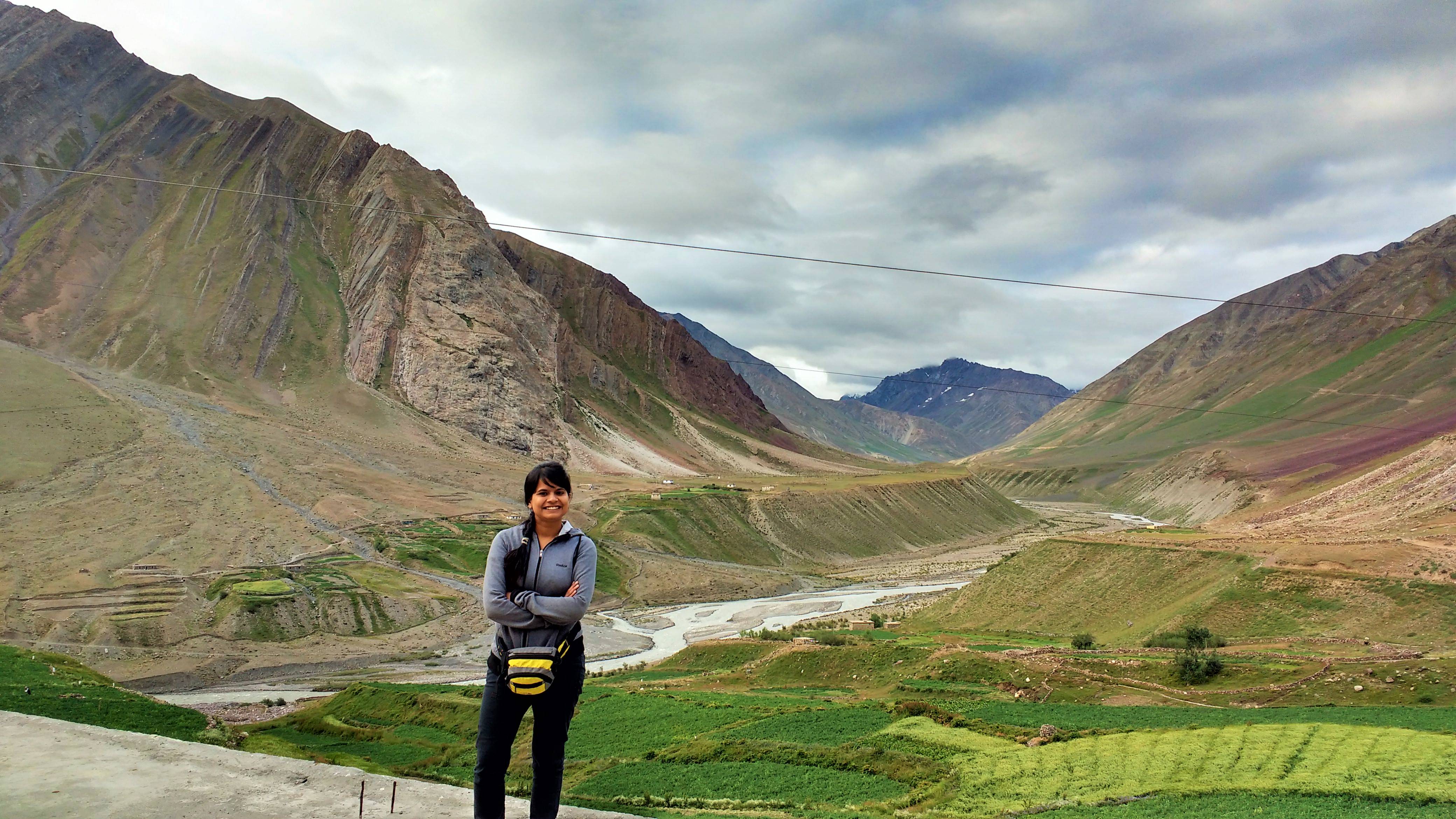 There was an open field from where you could see the enchanting view of the whole village surrounded by the mountains from all the sides, and I just sat there for some time. I was able to hear my breath there. I shouted my name and my voice echoed back.  I had a mild headache, and I could feel that I am at 14,200 ft height.

I ate muttar-aloo at the homestay, and the owner grew the sweet tasting muttar(peas) from her field. It was one excellent dinner. When I tried sleeping, I couldn’t get due to a headache. So, I had to take a medicine to sleep.

I got up early in the morning and went out to see more of the Kibber. I saw the pea fields and ate the fresh ones from the plants. I had my breakfast and chatted with the homestay owner who was a charming lady. She told me many interesting stories related to their culture and Kibber. She said that the whole village lived like a family and there is no concept of rich or poor people there. I hugged her and took leave from Kibber. 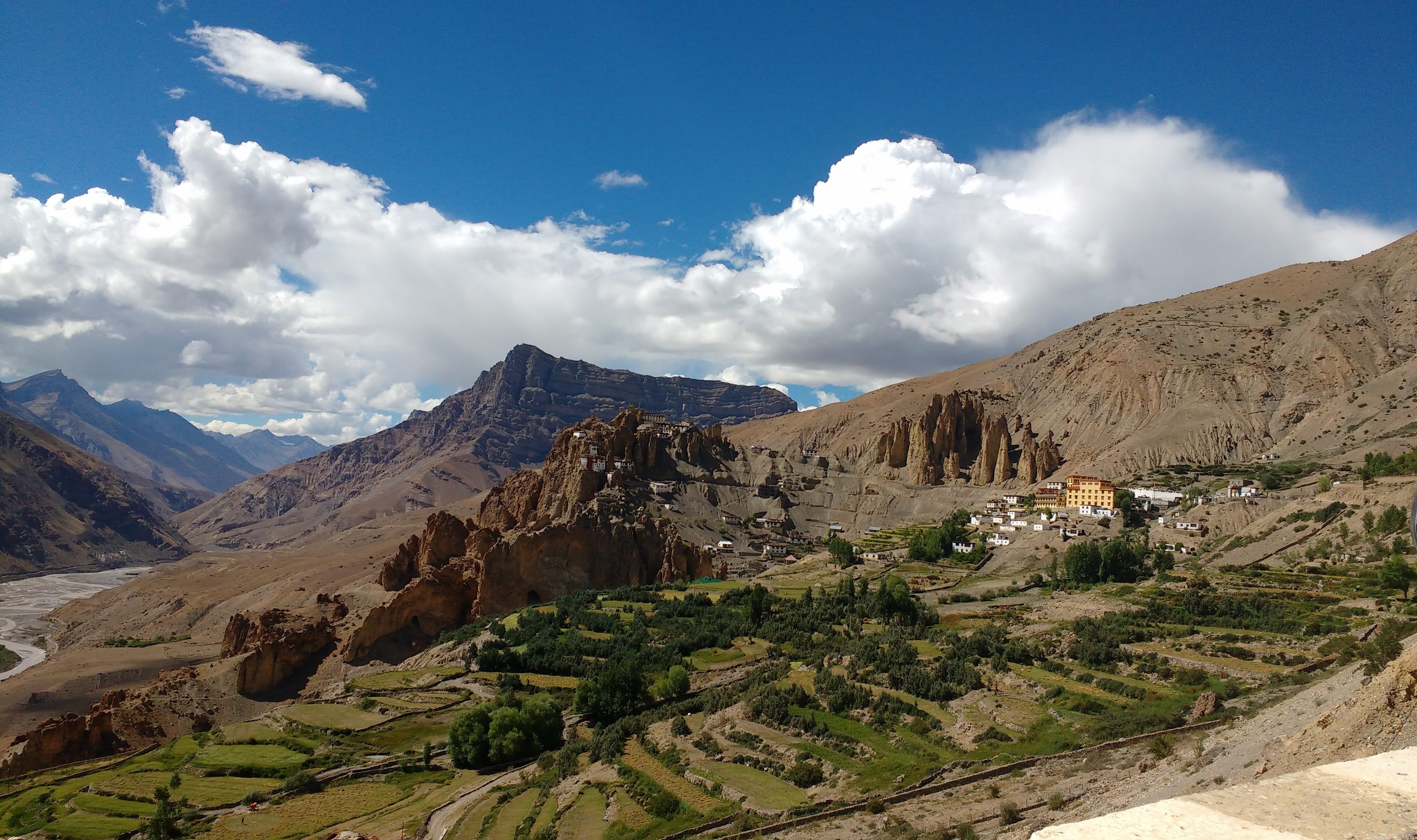 Then, I took a bus for Kaza (cost around Rs. 50/-) and reached there in an hour or so. After reaching Kaza, I sat with some fellow travelers and we shared some scary traveling stories. In the evening, I decided to take a bus for Mud (Pin Valley)(cost around Rs 100 ).  It took me around 2 hours to reach there.

By God, it was beautiful. A scarcely populated village with just around 20-30 houses.Someone suggested to try the Tara Restaurant there, so I went there. I ordered a Maggi and a cup of tea and sat with two American travelers. After chatting with them for some time, I got to know that they were father and son traveling together in India for about 6-7 months.

I found it refreshing. We shared some cool stories. I cannot forget the Maggi I ordered there; that was the yummiest Maggi I had ever had. Then, I sat on the terrace with the stars as the company. I booked a room in that restaurant only and slept there.

I woke up early in the morning as usual to enjoy the beauty of the morning. I ordered an omelet, and though there was nothing unusual that she had put in it, it was unbelievable. The girl who cooked it was about 15-16 years old but she cooked well.

Then, I took a bus for Athirgo(cost around Rs. 70) to go to Dhankar Monastery from there. The bus dropped me at a bridge. Someone told me that Dhankar Monastery is near to the bridge i.e. around 7-8 km (I wanted to kill that idiot) but it was around 16-17 km and not only that, first 8 km was reasonable, but the next 8 km was steep, you couldn’t rush. 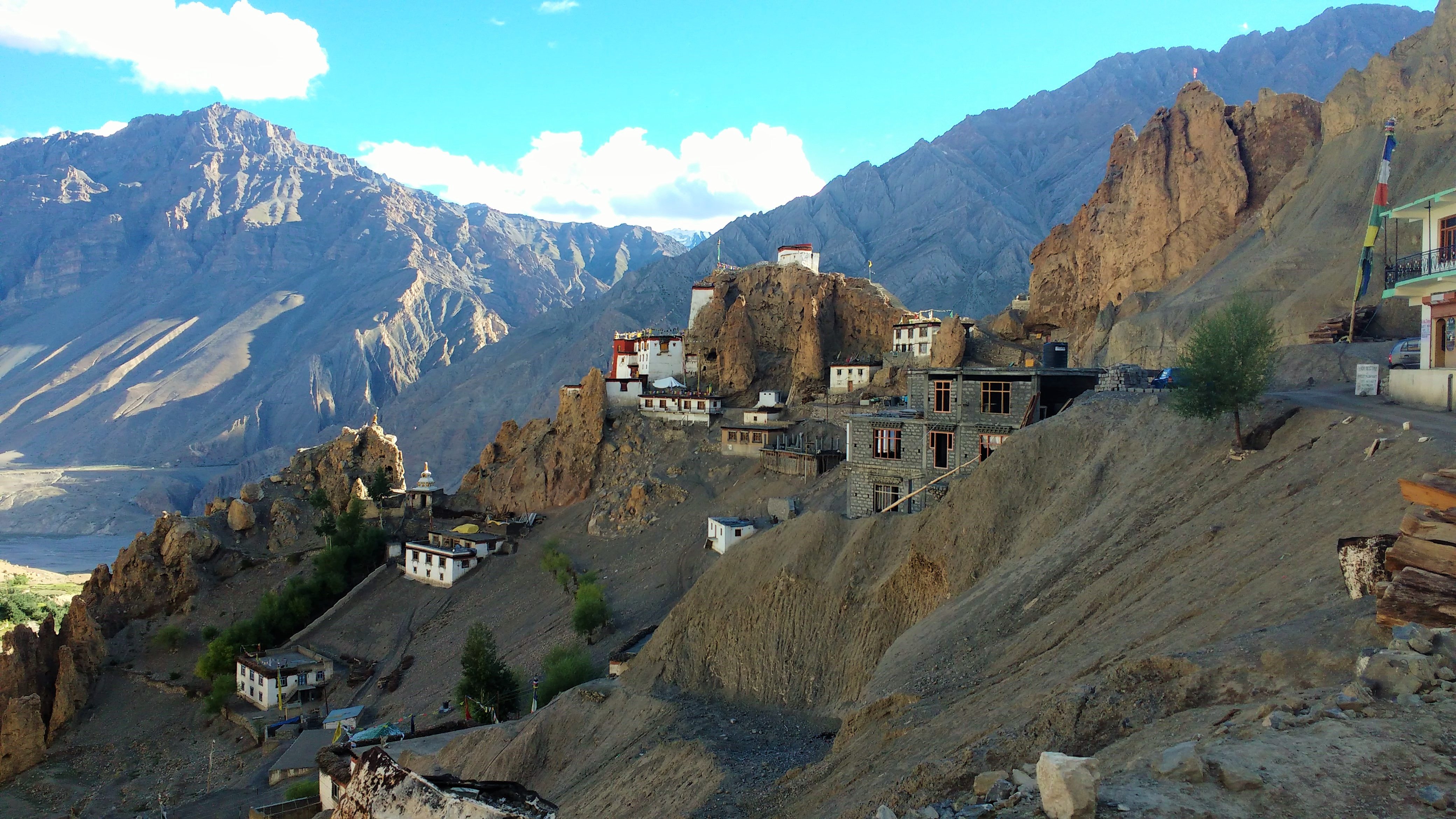 The interesting part had not begun yet. I started walking thinking that I could easily walk 8 km. I walked for about 6 km, and there was no clue of the Monastery yet, and after some km, I could see a glimpse of the Monastery in between the mountains, but it was still too far.

Somebody suggested taking a shortcut because the road was very steep and I could not walk on it so; I did that (Why did I?!). I started climbing and could see agricultural fields. But as I was climbing, the path became more treacherous. I could not see anyone till far. The mountain was steep and full of small rocks which provided me with almost no grip to climb. I also had no water.  I had 3-4 cuts on my hand, and it was already past 3-4 hours from when I started yet there was no sign of a monastery.

Soon I reached a point from where I could see a lake on one side and a trench on the other and I was scared as hell. I feared that if I slipped a little, I would die. But I gathered all my courage and decided to come down.  I don’t know how but yes I reached at a field where I could see two people working. I asked them for help, and they gave me some water and something to eat. From there I took the lift to the Monastery.

I was happy reaching there. I booked a room and relaxed for some time. Then, I took a stroll around in the evening and saw the captivating Monastery. I was spellbound for some time. I sat there for some time and thought of the consequences of the journey I took in the morning. But yes it was one hell of an experience. I was tired, so I slept like a dog that night.

I woke early in the morning and took a stroll around to see more of the place. The guys dropped me at the famous Chacha-Chachi’s place. That place is the only dhabha available in the region. The couple who was running it was in their sixties and had been doing so for the last 14-15 years.  They were sweet and welcoming. From there a family gave me to lift, and I reached Manali in the evening.

Journey Back To the Beautiful Manali and then to Delhi

I stayed at Zostel for a night and took a bus for the next day to Delhi. Manali was still looking so picturesque; I did not want to come back but had too.

Recommended Reading– If you loved Priya’s solo stint to Spiti Valley trek, we recommend you to must read her another first and popular post on her solo trip to North Eastern India

Please rate my article by clicking on the stars. Leave a comment for us, if you need any help or info

About the Author: Priya Sharma

Don't know when I fell in love with travelling, but I can very well say that my relationship with this amazing and invisible person is going really great. It's been almost 2 years of togetherness and I am still counting. You can also follow my own blog called trippygirl.in and connect with me @trippygirl2702 on Instagram. Keep Travelling!