Hesaraghatta grasslands-Escape from congested Bangalore city for a quick refreshing head out. Make it a solo, couple, or a group road trip to Hesaraghatta. I urge you to respect the local culture & mother nature.

What would you do when you get an unexpected long weekend in the form of Friday being a holiday? Sleep, movie, or head out? Obviously, for me, it was the later one. Bangalore, is becoming dense, concrete, and congested city day by day, however, if you go beyond 60 Km from city limit, there are ample places to visit near Bangalore for a day trip.

You can take a solo, couple, or a group day trip around Bangalore within a radius of 50- 150 Km. The best part of these tourist places near Bangalore is that they are still somewhat less crowded, green and gives you a much-needed detox from the city’s full life.

NOW IS THE BEST TIME TO VISIT HESARAGHATTA

Arkavathi river runs parallel to Hesaraghatta Road comes to life after almost 10 years and now you can witness increased water pocket in Hesaraghatta lake reports times of India. We suggest you plan your Hesaraghatta on the coming weekend. However, please respect the nature and the local culture. 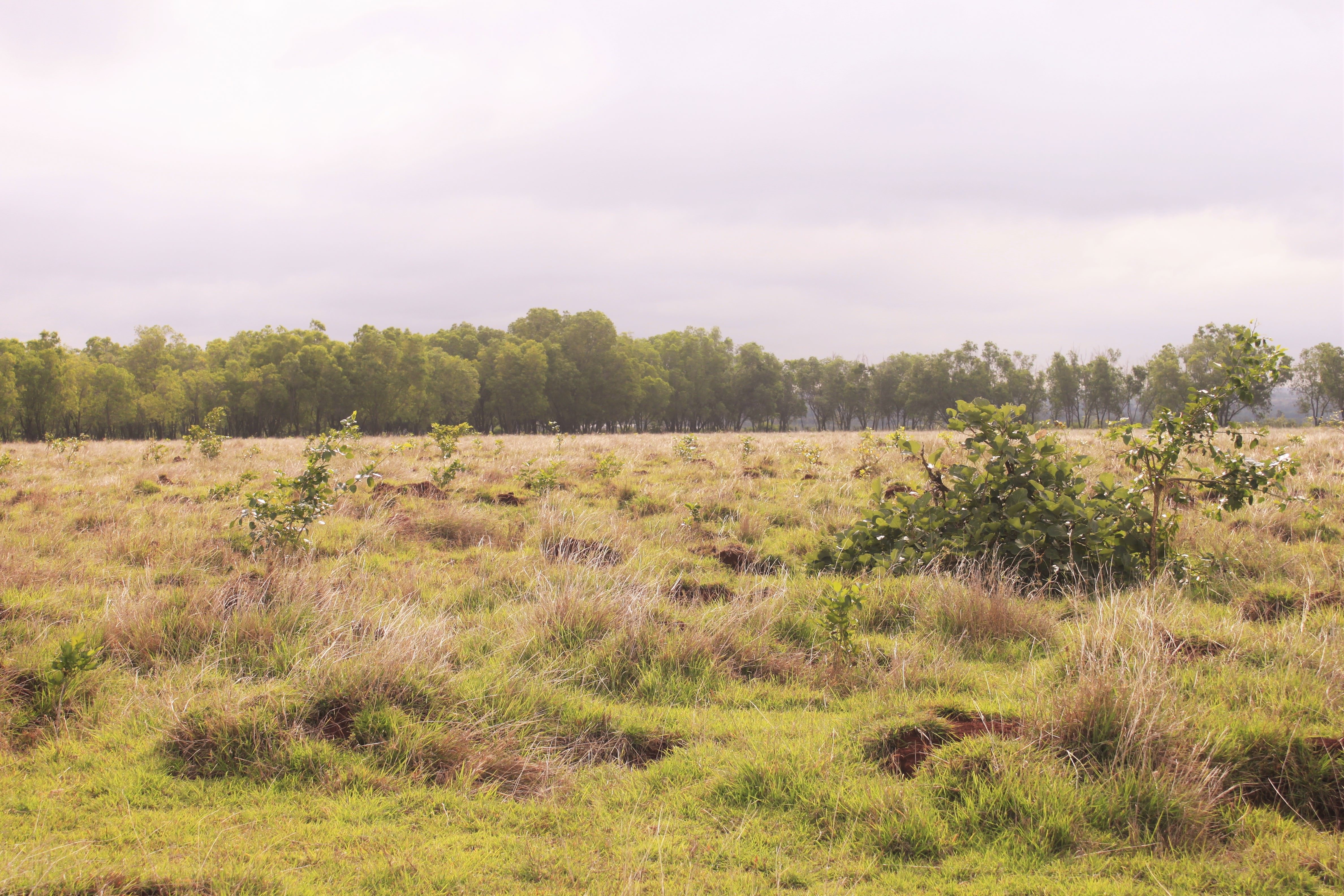 I along with my office colleague planned the visit to Hesaraghatta grasslands, the last vast grassland left in around Bangalore. Hesaraghatta grasslands are roughly around 50 Km from Bangalore city which translates to 1.5- 2 hr. Ride considering which route you take and at what time you leave the city. We took Yashwantpur road to exit the city. Once you exit the city limits, the roads become narrower but a welcome sign of less crowded and congested place like that of Bangalore.

We were a total of eight folks with five bikes to roar towards Hesaraghatta grasslands in the morning of July 8th. We passed Yashwantpur metro station at around 6 AM and so reached the Hessarghatta grassland by 7 AM.

We recommend following google maps or checking from local the exact route to the grassland. Now, on entering the grassland, we saw a big board of “No Entry” by local police. The “No Entry” is for not taking your vehicle inside the vast grassland, plastic, alcohol. This is done to prevent further damage to the last standing grassland by so-called humans.

We parked our bikes outside the grassland and entered through the gate. The weather was pleasant and cool with early morning dew on the grass. For all of us, the grassland gave a much-needed welcome from the concrete jungles of Bangalore; the air was cold, fresh and soothing. The photography session was on, as we keep walking to the end of grassland.

There were also bunch of trees on our left side. I believe the authorities had planted new saplings of trees in the other corner of the grassland, which is a welcome sign. After spending a few hours, we left the Hesaraghatta grasslands and enquired about the lake that we googled a day before. 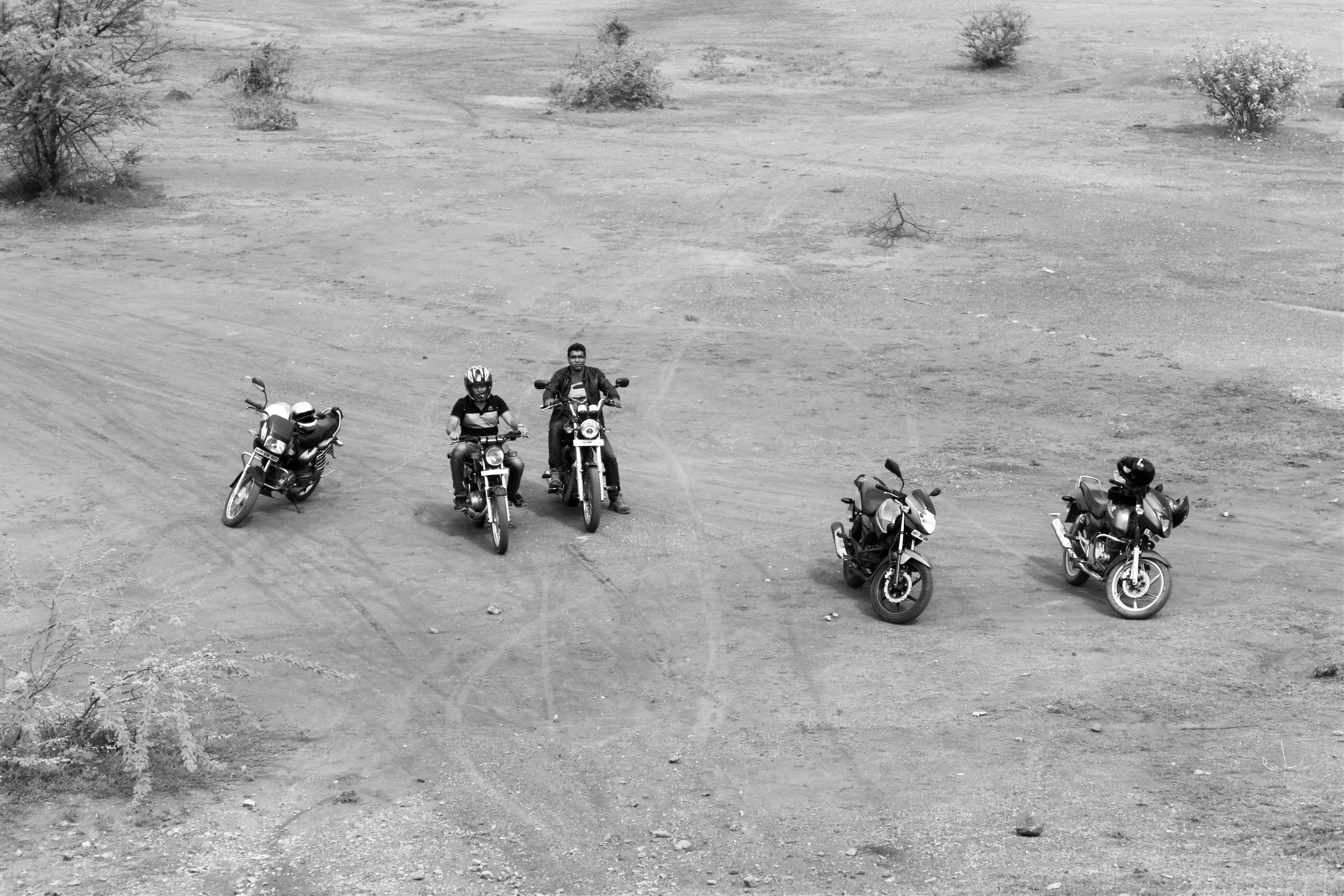 The so-called lake is now only dry bed with few pockets of water here and there. This gave us some disappointment; however, we saw a silver lining in this situation. We zoomed our bikes comprises of Royal Enfield, Pulsar, Apache, RxZ on the lake bed and did some adventurous bike sporting.

I think one can enjoy a lazy weekend here admiring nature and in the company of cool winds. However please pack your garbage of foods, snacks, and other items with you and do not dispose of it around.

After all these refreshing activities, it was time to return to our homes in Bangalore. We had our breakfast just before Yashwantpur at a local shop. As expected, we faced massive traffic on Bangalore roads while returning to our homes. Nevertheless, it was a day well enjoyed and spent with activities of what we thought of.

From Bangalore, head to Yashwantpura road and then all way to the grassland.

Liked the content? Please rate this article by clicking the stars

They say a video is 1000 pictures worth. Watch our Youtube Video to Hesaraghatta grasslands