Lepakshi Temple [archaeologically significant]- 120 Km from Bangalore lies the magnificent Hindu Lepakshi temple from the 15th century. Famous for the largest Shiva’s bull Nandi in India, Lepakshi is must visit places in around Bangalore

One beautiful Sunday and zeal of travelling and visiting beautiful offbeat locations from Bangalore leads us to Bike trip to Lepakshi Temple from Bangalore– a small village in Mandal in the Anantapur District of Andhra Pradesh, India.Bangalore to Lepakshi distance is approximately 120 km (75 mi) north of Bangalore.

A culturally and archaeologically significant place which is beautiful and alluring in its way and have its charm. Visiting Lepakshi Temple can be included in “one day trip near Bangalore” list. 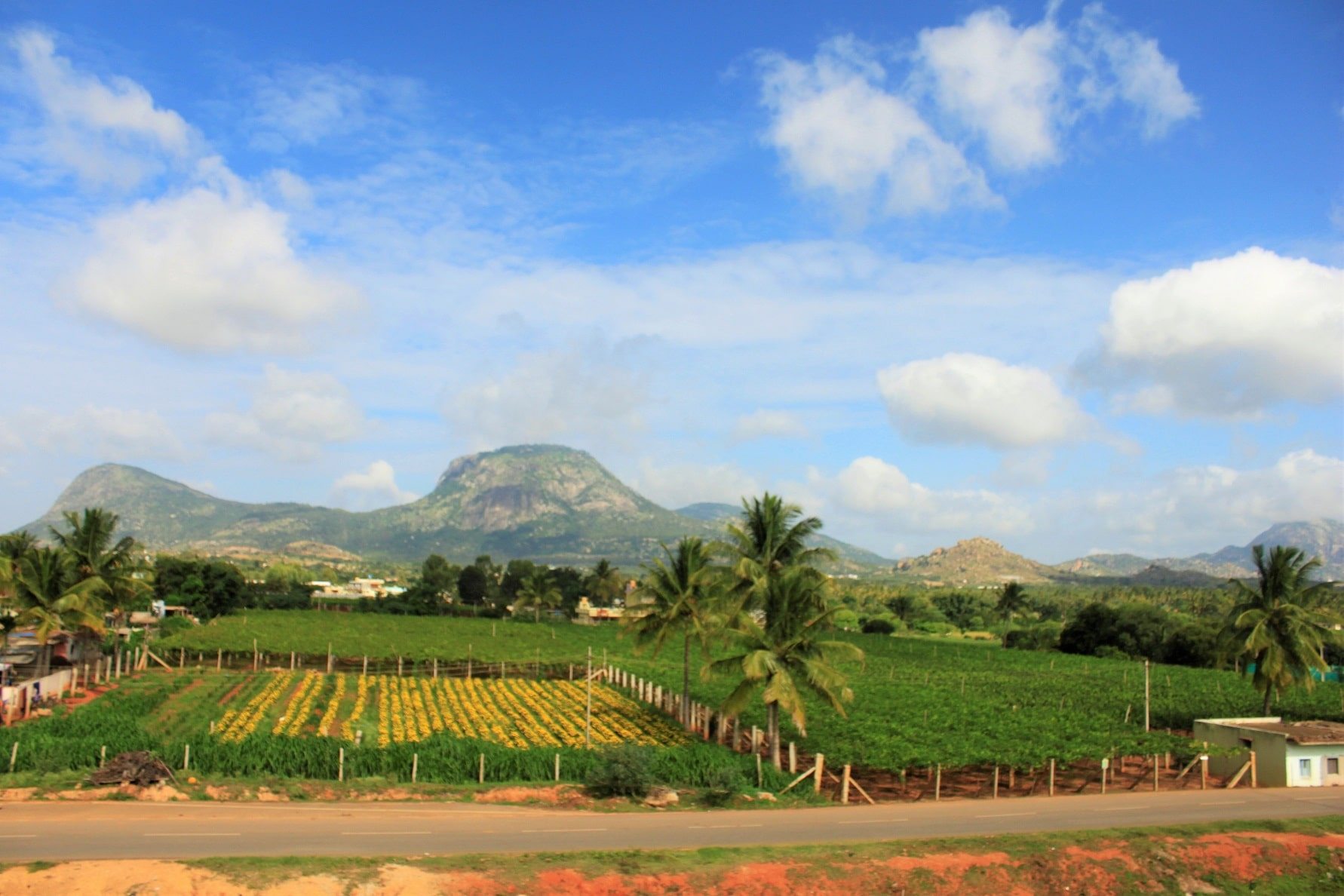 It formed from the union of two Telugu words ” Le” & “Pakshi” – which means “Rise” & “Bird” respectively. As per the Ramayana Mythology Ram helped “Jatayu” to attain “Moksha” by uttering these two words. Hence, the name is “Lepakshi”. The first reference of Lepakshi is found in Skandapurana as ‘Lepakshya-Papanasanah’ among the 108 Shaiva scared places of southern India.

Sage Agastya stayed here, in a cave on the Kurmashila Hill, during his visit to sacred places in the south of Vindhya mountain. He built a small temple dedicated to Papanasheshvara. This site is marked with a natural rock shelter over a hill and still revered by the locals.

The roads were too good which had made our bike trip one of the best till date. We started at 7.00 a.m. to avoid day traffic, and we crossed Bangalore Airport around 8.30 which was too soon from our expectation. We had a breakfast stop in Bangalore – Sri Krishna Adiga which was ultimately fulfilling our expectations.In 1 hour from there, while appreciating the natural beauty of the clouds and Nandi Hills and beautiful farmlands in which grape wine and flowers were the all-around we reached Lepakshi. 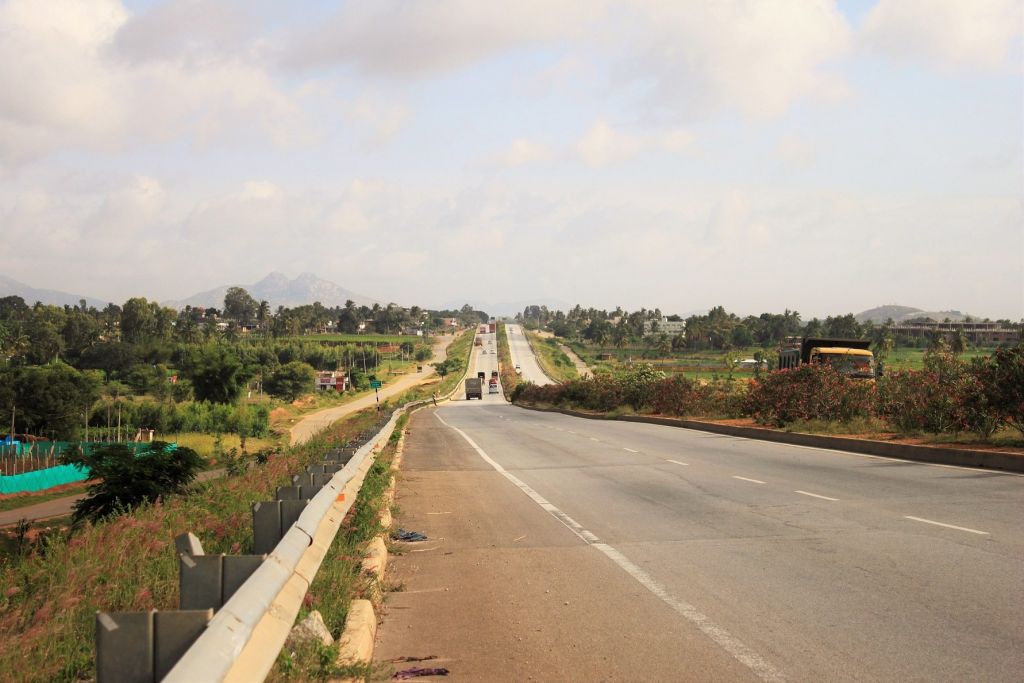 Lepakshi Temple – Nandi – The Shiva’s bull Nandi is a monolithic granite sculpture on the main road of Lepashki approximately 200m from the temple. It is 4.5m high and 8.23m long making one of the largest Nandi in India. The sculpture has been positioned so that it faces the shivalinga which is shielded by a giant serpent (Sheshnaga) inside the temple.

Small children were playing in the backyard garden of Nandi Bull who was very happy when they saw us clicking pictures.Happily, they wanted to get clicked and started posing for us.After having a good time and appreciating the architectural beauty we moved towards the main Lepakshi Temple.Once you arrive here, you will feel India is a land of ceaseless wonders, often waiting to be discovered by the world.

Lepakshi is one such wonder. The temple is constructed over a small rising – tortoise-shaped hill referred in inscriptions as Kurmashila. Inside the temple, one can witness magnificent sculpture and mural art which are more than five centuries old. The murals of Lepakshi are the result of superhuman effort testing the ingenuity of the painters. 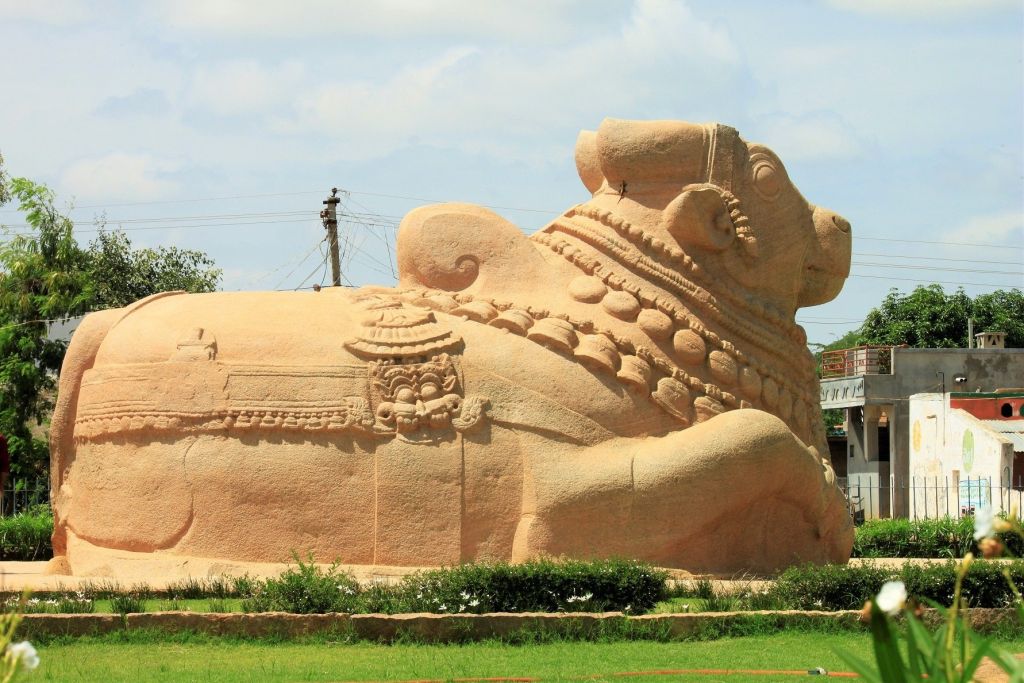 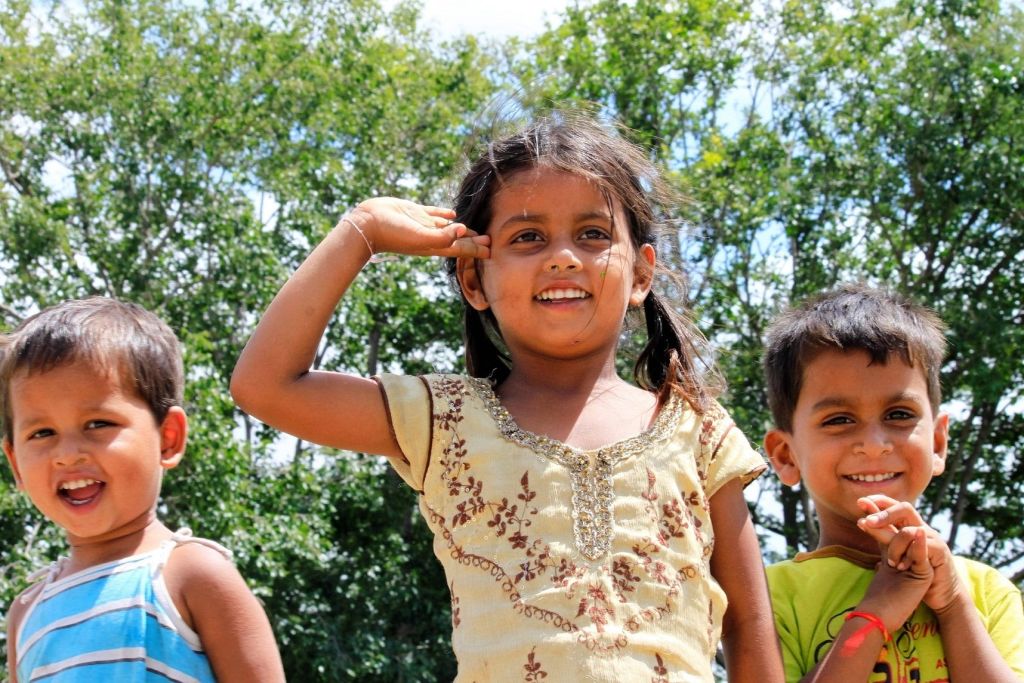 The temple has a central pavilion, embracing all the three shrines. This pavilion is further connected with an intermediary hall and a hall for the ritual dance. A large open court that is accessible from the east surrounds the main lobby. Lepakshi Temple perhaps houses the largest monolithic structure of Nagalinga in India.

Another exquisite statue of Lord Ganesha captures the attention of everyone, especially when people enter the second interior court. Most celebrated for its splendid paintings, Lepakshi Temple, has a colossal picture of Virabhadra in the central hall. In the ‘Hall of Dance’, one can trace eight panels, depicting Puranic legends on the ceiling. Most of the paintings and murals have been devastated by the ravages of times. 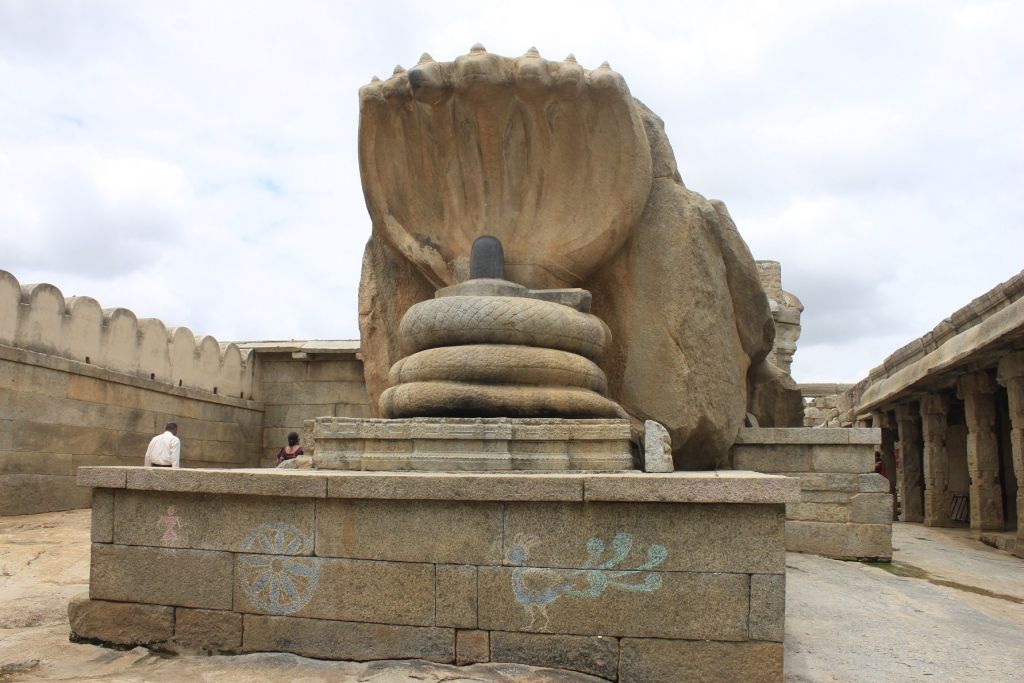 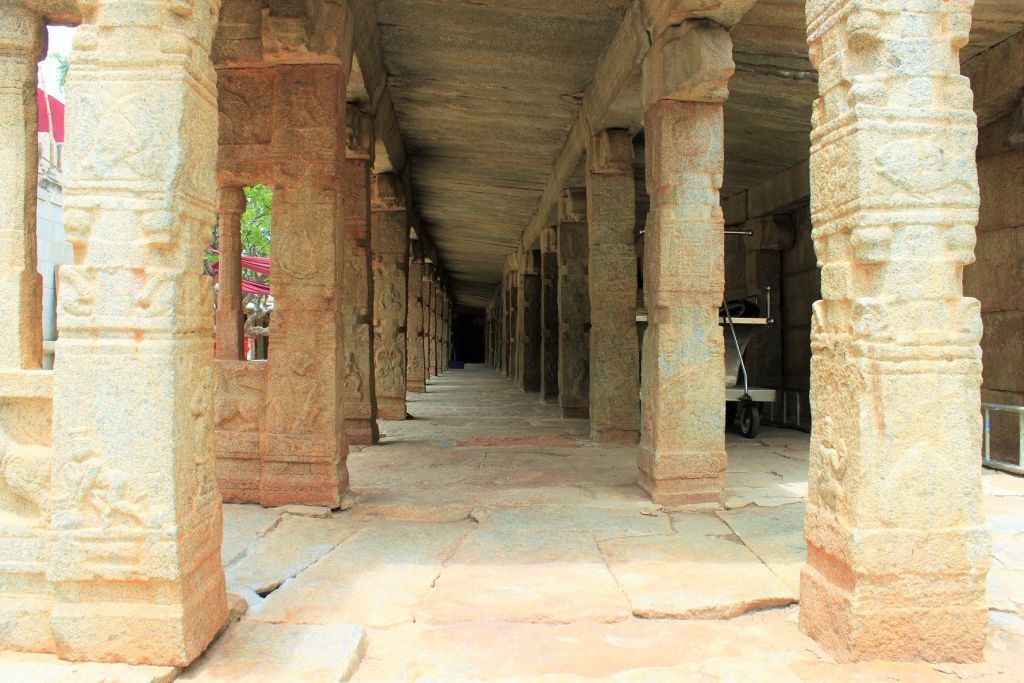 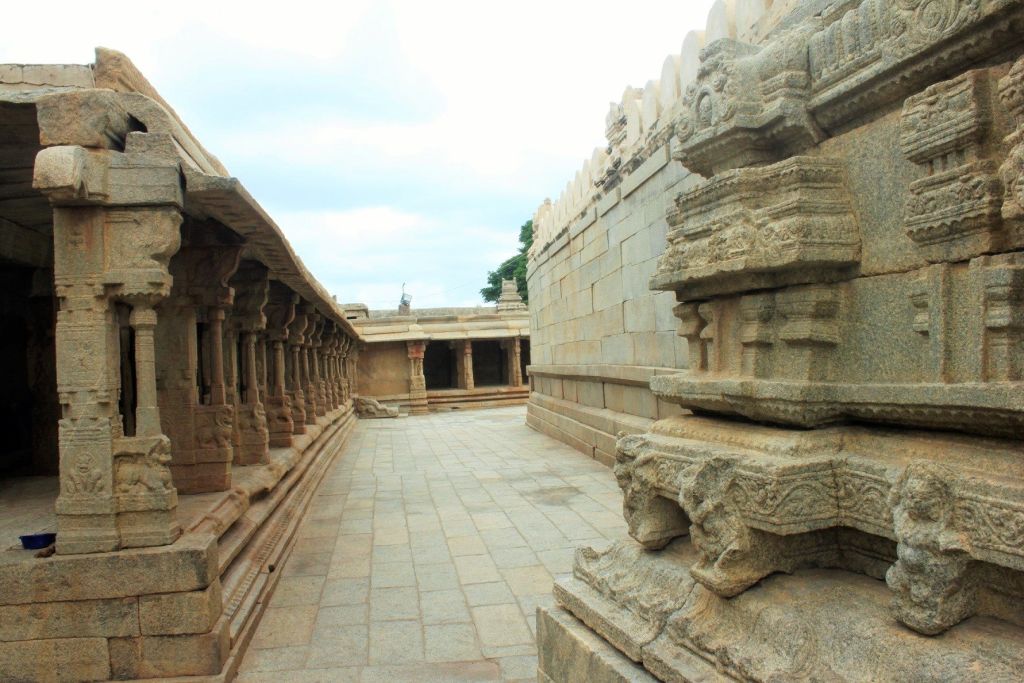 The ravages of time have thus far been defeated by excellent ancient skills, return continuing wonder.After giving a feast to our eyes and admiring the beauty of the temple and great architectural minds of our country, we finally return. We had taken multiple stops on the d way which included our lunch break (Guntur chicken and dumm biryani), tea breaks.By six o clock, we reached back our home, and one new page had been added to our beautiful travel diary.

Some Travel Tips to Lepakshi

Please rate my article by clicking on the stars. Leave a comment for us, if you need any help or info