“Healing the Himalayas– How do you feel if you find more of plastics in Himalayas than greenery? How will  you react finding more of garbage on your trek than snow? I was disappointed finding so much of trash, that’s when I decided to do something from my end and want others to replicate the same.”

May & June are the months when the entire country is facing scorching heat waves with the temperature rising to 45 degrees, now is the time when the maximum number of tourists escape to the mountain states of India.

Himachal Pradesh is the favorite spot for most of the tourists. During this season Himachal and other Himalayan states have witnessed such an unprecedented rush of tourists.

With the rise in the unprecedented number of tourists, the challenges in the Himalayas also rises. The Himalayas is an eco-sensitive area it cannot accommodate such a high number of people. 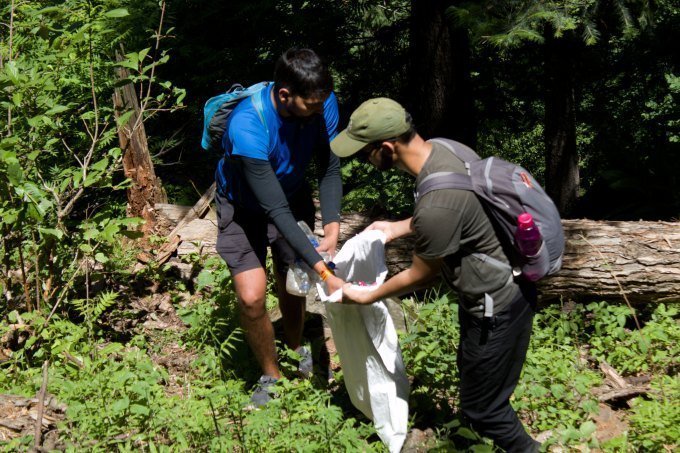 Irresponsible tourism has converted our beautiful Himalayas into a dump yard. People are simply throwing their leftover in the forest. Entire forest trails are filled with Plastic bottles, Beer Can and Chocolate wrappers. The concept of responsible tourism is missing in India.

This time I thought of taking the responsibility of cleaning the trails and creating awareness about the importance of clean Himalayas. One day I was surfing on the internet and I got to know about Mr. Pradeep Sanghwan, who has been working to retain the beauty and the pristine greens in the Himalayan region.

He started an organization – Healing Himalayas Foundation, together with the help of volunteers and local villagers he cleared 4,00,000 kg of solid waste from the forest trails of Himalayas.

After reading his inspiring story I have decided to join him for the upcoming trek which was Kalga -Kheerganga Clean-up drive and Trek. Eventually, I realized why not should I invite more people to join for such a noble cause.

I floated an email and shared a story on my social media regarding the event and luckily ten more people from Jaipur, Roorkee, Chandigarh, and Ambala joined in. We hired a tempo -traveler and all ten of us reached Kalga which was our base camp for Kheerganga trek. Kalga is a small village near Kasol it is almost 590 Km from Delhi. 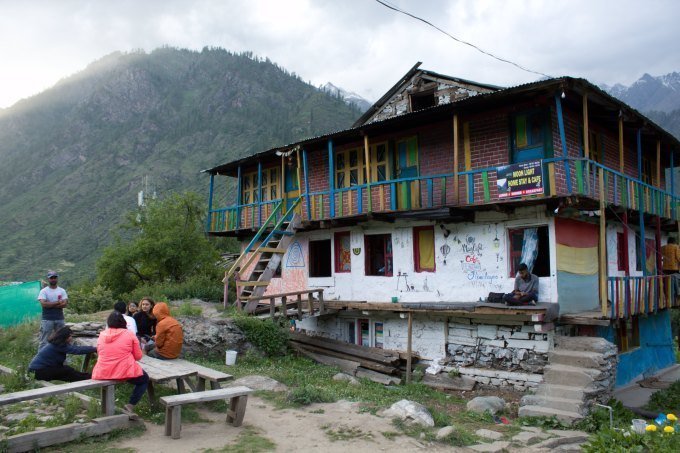 After reaching Kalga Village, our stay was arranged by Healing Himalayas at Moonlight Cafe, We all got the opportunity to meet and interact with the volunteers who came from all over India. There were people from IITs, Media Houses, Environmental societies and big corporate houses.

Altogether, we all got the excellent opportunity to interact with such a diverse group of people.  We were served with delicious Himachali Thali – Dal, Rajma, Roti, Chawal, Allo Gobhi & Salad all these items were refillable. Early Morning we had a Yoga Session and a warm-up session for the trek. Post which we had a healthy breakfast Aallo Paratha and Chai. 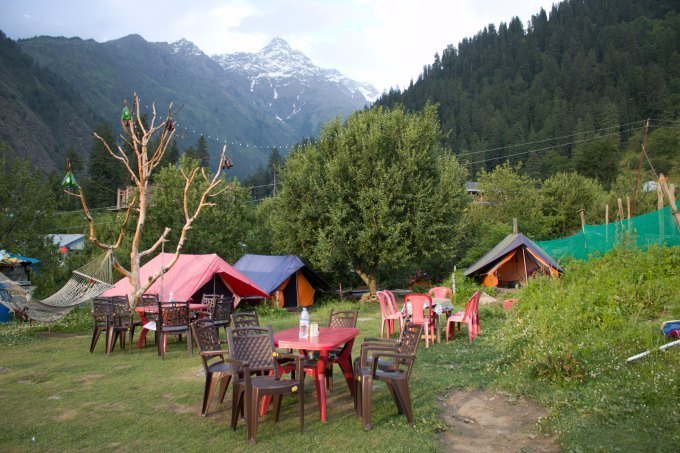 We started our trek from Kalga village through the Kheerganga Forest. The Kalga to Kheerganga trek is an invigorating journey where one can experience one of the most picturesque views of Parvati Valley in the Himalayan region of Himachal Pradesh

The major reason why this trek is chosen for cleaning drive is the high number of trekkers visiting Kheerganga. With the rise in the number of trekkers, the amount of plastic waste is also high on this forest trails which makes it necessary for us to focus on this trek.

It took us almost 8 hours in collecting and segregating all the plastics and other solid waste. At 3 pm, we reached Kheerganga Top and enjoyed natural hot water spring near Kheerganga Shiv Mandir. 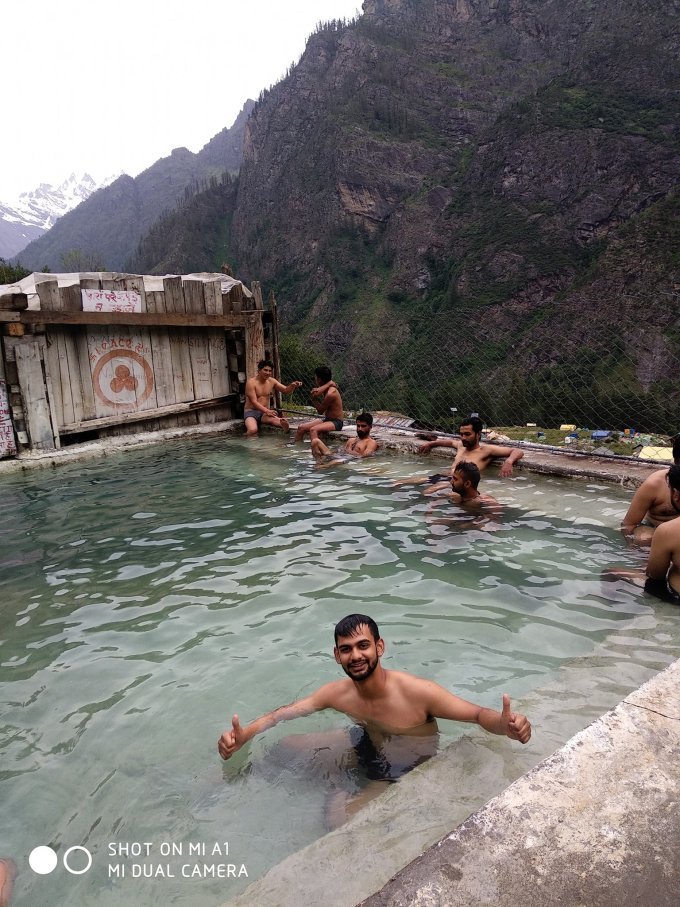 During the season, camping in Kheerganga can cost you somewhere around 5000 rupees INR However, if you in a group instead of opting for individual camps take a big tent which can accommodate at least 8-10 people the cost per tent is somewhere around 2500-4000 INR.

All these tent and camp include both food and bonfire facility. The food menu is the same everywhere, Rajma Chawal or Daal Chawal or Mix Veg, Roti.

Early morning after having breakfast we all started descending back to Kalga Village, again collecting the garbage on the trail. Kheerganga forest trails are challenging if you are a beginner then It is not recommended to go for Kheerganga first. 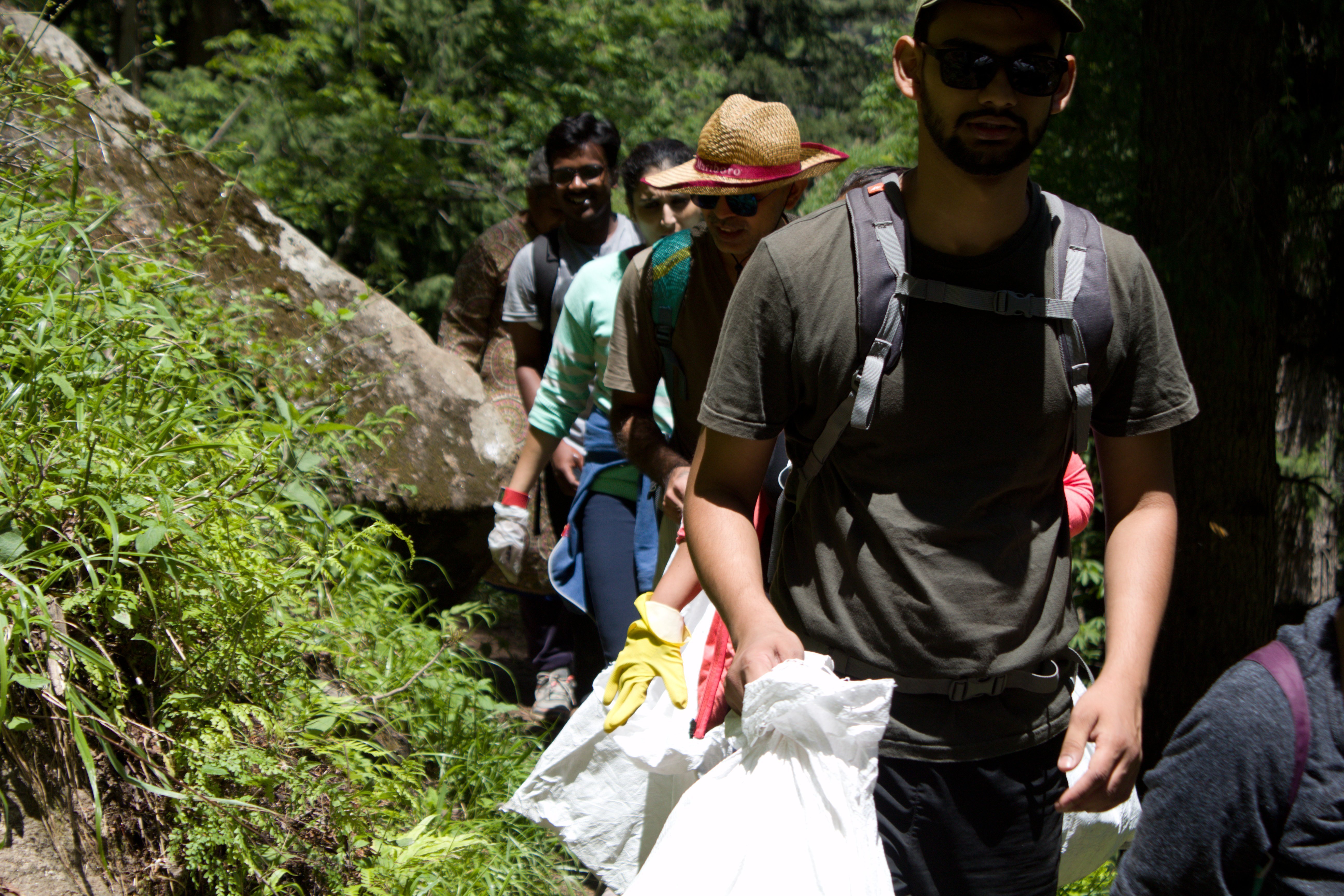 Most importantly before starting the trek choose the right trekking shoes. Kheerganga trek cannot be done in sport’s shoes or floaters.

It was truly an amazing experience for all of us, we all came together from different cities to volunteer for a noble cause. Overall we spend 5000 INR which include 3000 for transportation and 2000 for food and accommodation which is organized by Healing Himalayas Foundation.

Healing Himalayas Foundation is doing a commendable job. I think the time has come we all need to take measures to save the planet earth.

& if you will be done with moderate Kheerganga trek and quest for tougher one, check out our Hampta pass trek which we did with experienced agency Bikat Adventures. 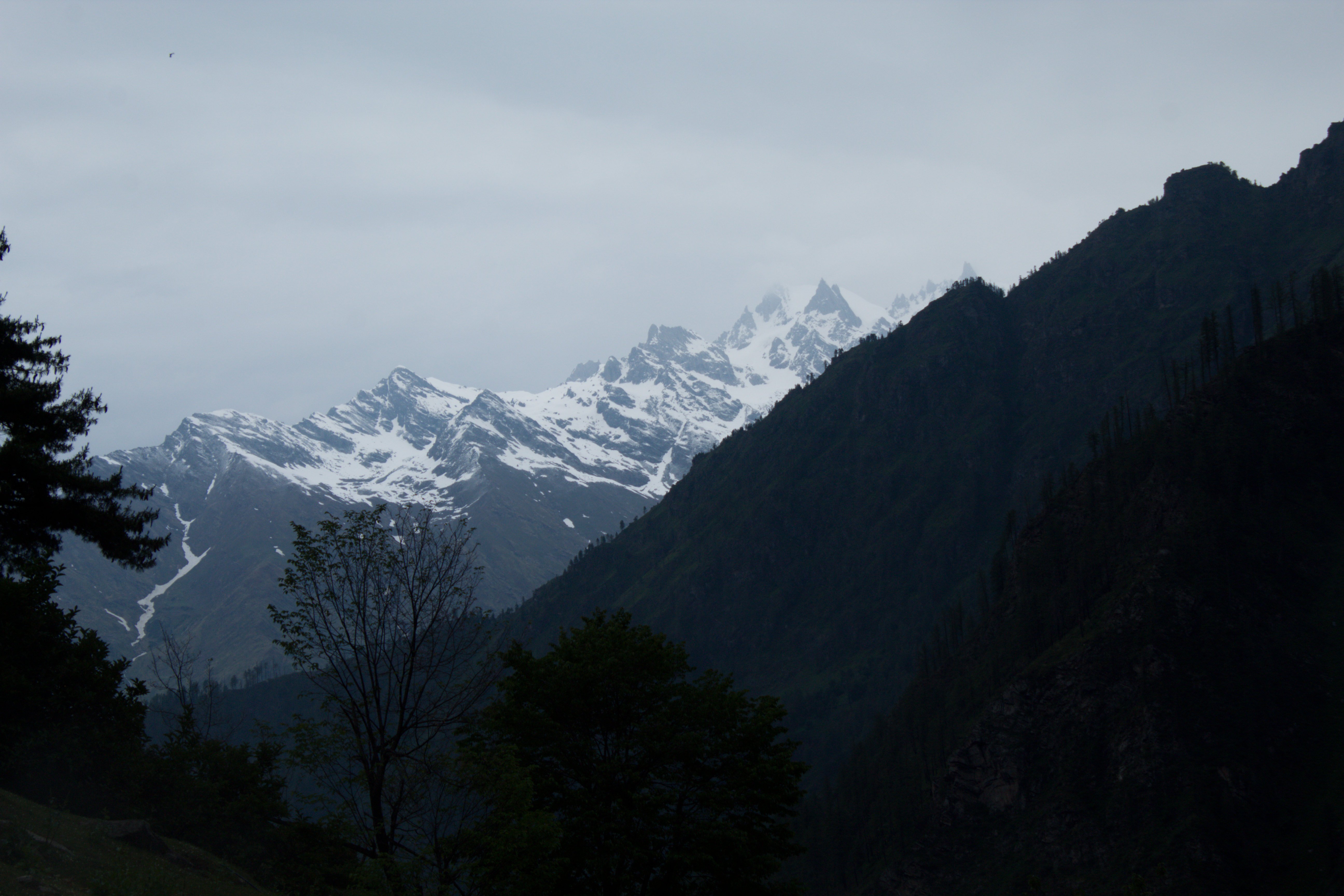 INTERESTED TO JOIN US?- Through our blog TravelEscape, we on a mission of creating awareness around healing nature initiative. Join our Facebook Community for all updates

Glaciers on the Himalayas are melting about twice as fast as they used to be. Climate Change is real and it’s happening. Now is the time to act, let us come together and promote some environment-friendly travel. Let us all be responsible tourists.

Dear readers, I hope the blog post gave you the seriousness of human waste on Himalaya’s ecosystem. Do you still have a question? Feel free to comment or rate us by clicking the 5 stars.

About the Author: Karan Shukla

Karan is best described as an ordinary boy with extraordinary goals to achieve. An avid traveler and adventure sports enthusiast who is waiting to discover what’s next to put in his bucket list. An explorer who loves mountains over sea any day while life likes to be simple he likes to find a way to add thrill to it. This travel-lover holds a bachelor’s degree in Commerce from the University of Delhi and is currently working for Financial Consulting Firm. You can reach out to me via email on karankarthikshukla@gmail.com or follow him on Instagram Hashtag.traveler