It was my husband’s first visit to my homeland, and I was thrilled to show him the esthetic beauty of the city all by myself. The first day was planned to visit the incredible sun temple popularly known as Konark sun temple or Konark Surya Mandir.

Despite a Tuesday morning, the Konark Sun temple already had a significant number of tourists present. An epic example of the Indian architecture, the temple is constructed in the form of a giant chariot with 12 pairs of beautifully adorned wheels (representing the 12 months) drawn by the seven horses (representing the seven days of the week) in which the Sun God is believed to travel. 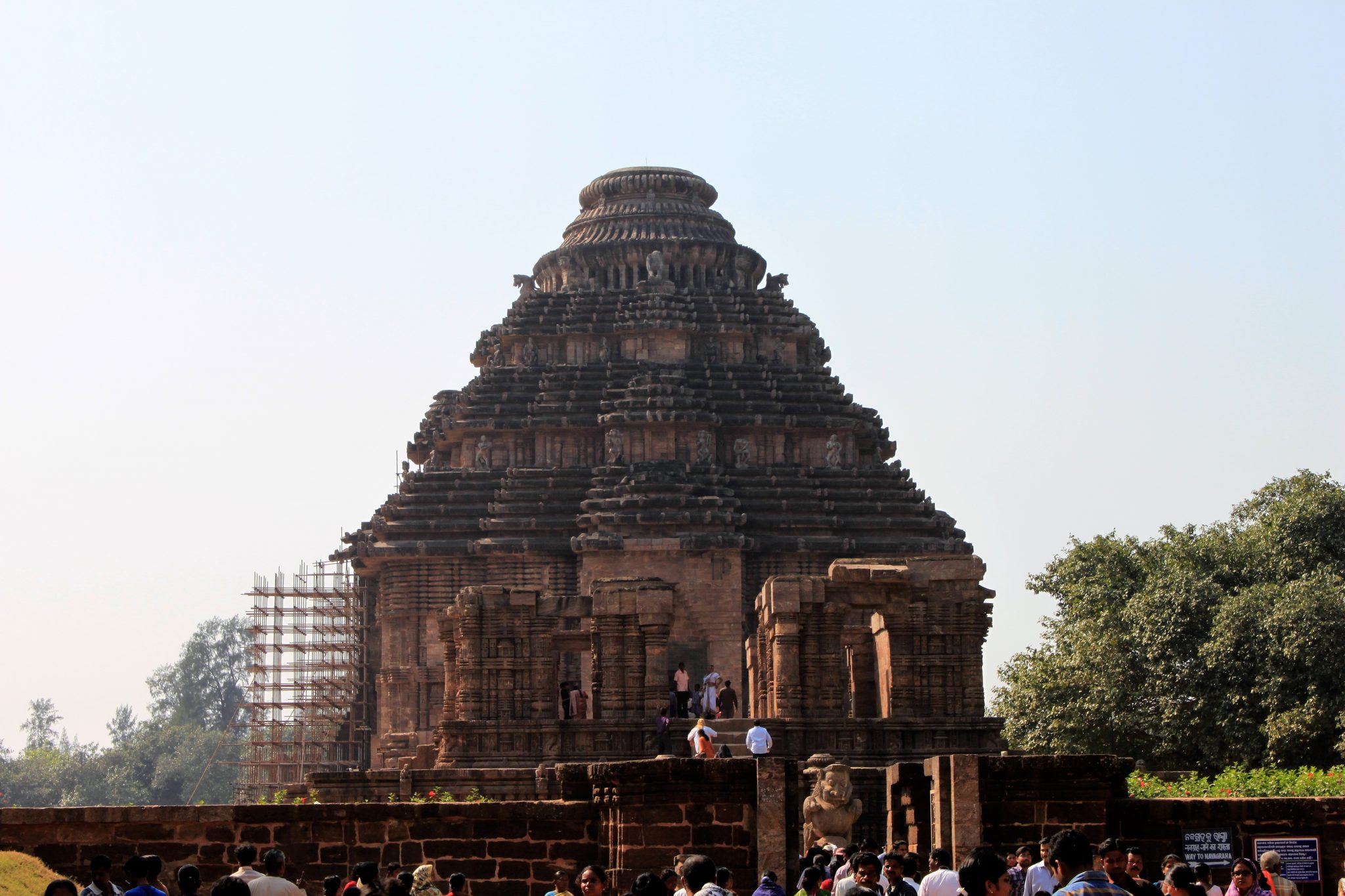 The magnificent Konark Sun Temple built in about 1250 AD by the East Ganga king Narasimhadeva. It is believed that he built the temple to commemorate military successes against Muslim invaders.

One of its kinds, sun temple which is additionally known as Black Pagoda mainly due to the black stones it has been composed of, lies on the coast by the Bay of Bengal and is just 65 km from the capital city Bhubaneswar and around 35 km from Jagganath Puri.

Who built The Konark Sun Temple & Why

The Konark Suryaa Mandir which is believed to be built by the King Narasimhadeva I was designed to face the east to ascertain the first rays of the sun to be fallen on the chakras (wheels) of the temple. There are many myths and stories linked with this stunning masterpiece of art.

Right at the entrance of this impressive historical monument, you would decry the sculptures of 2 large lions crushing an elephant, beneath which a man lies. The guide who was explicating its significance to a bunch of visitors expounded that the lion denotes to pride and the elephant is referred as wealth. He further explained how pride and money could sometimes bring the downfall in human’s life.

The Destruction of the Konark SunTemple 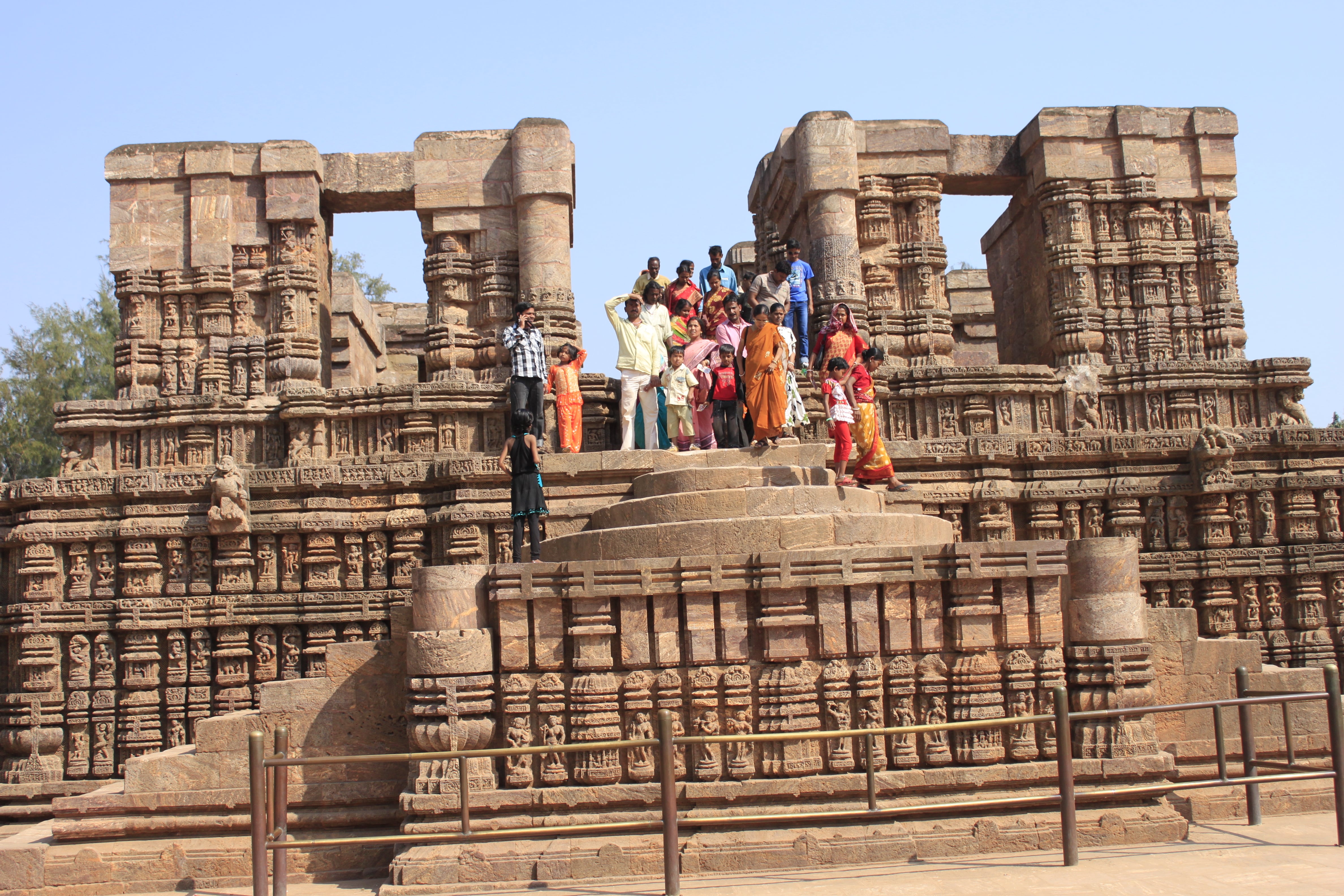 Konarak was attacked by the Muslim Yavana army in around the 15th century. The central statue enshrined in the temple was smuggled away to Puri town by the priests, but the Sun Temple was badly damaged in the attack.

Nature also took over the destruction during the time. Over the centuries, the sea receded, sand engulfed the sun temple and salty breezes eroded the stone. It remained buried under a huge mound of sand until the early 20th century when restoration began under the British 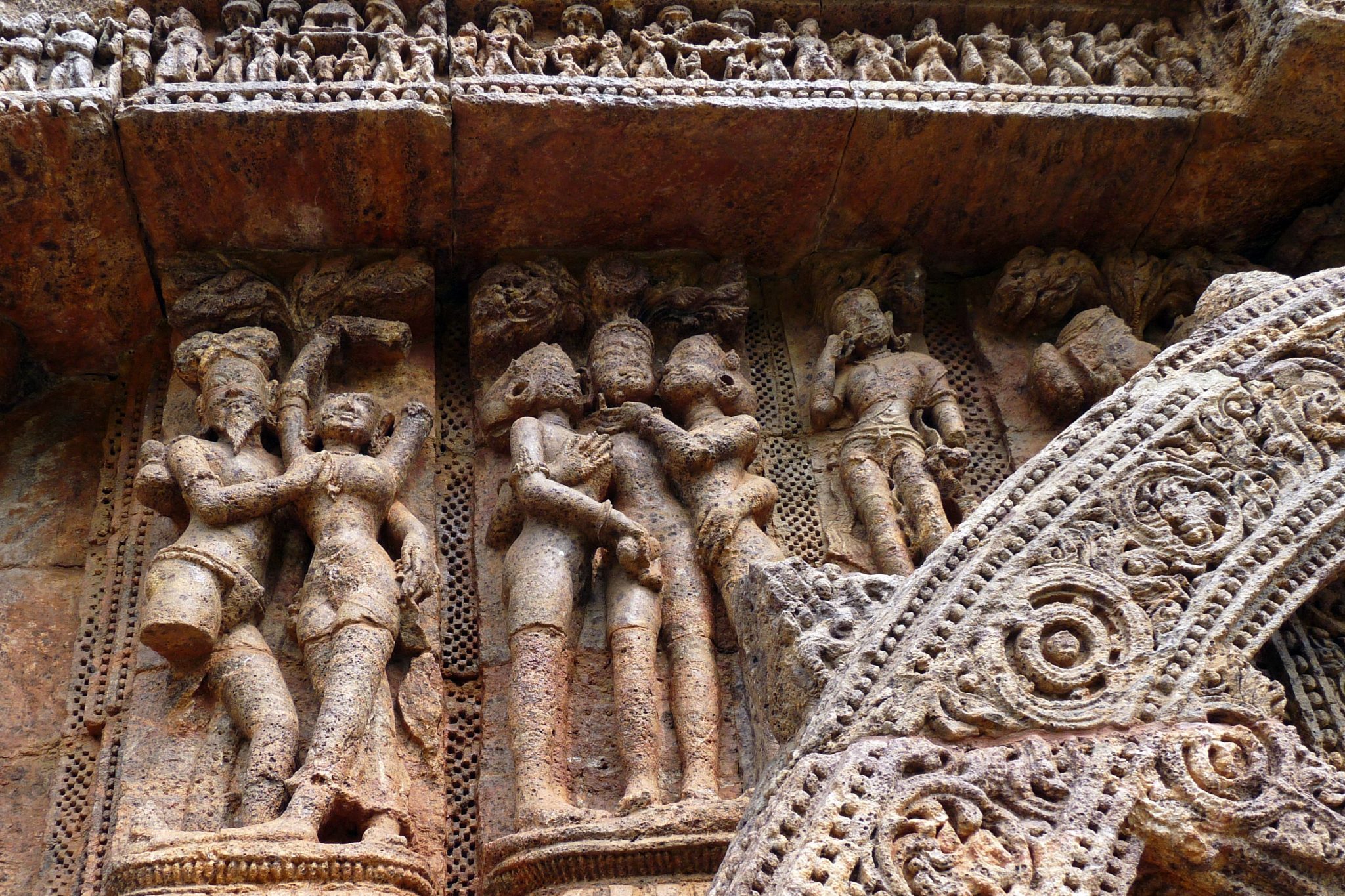 Some local state that the temple was never built entirely and some believe that Konark Temple Magnets which were utilized for the construction of the temple were troubling the Portuguese sailors as the magnetic bars pulled their vessels causing massive damages.

To protect their ships, Portuguese got the Konark Temple Magnets abstracted out of the temple and eventually that caused the destruction mainly because the temple lost its balance in the absence of the Magnet’s magnetic effects.

The marvelous monument of the state which has been granted with the World Heritage Site status by the UNESCO in 1984 is one of the best tourist attractions of Odisha. Sadly most of the building has turned into ruins today, yet there are plenty of things to be visually perceived in Konark. 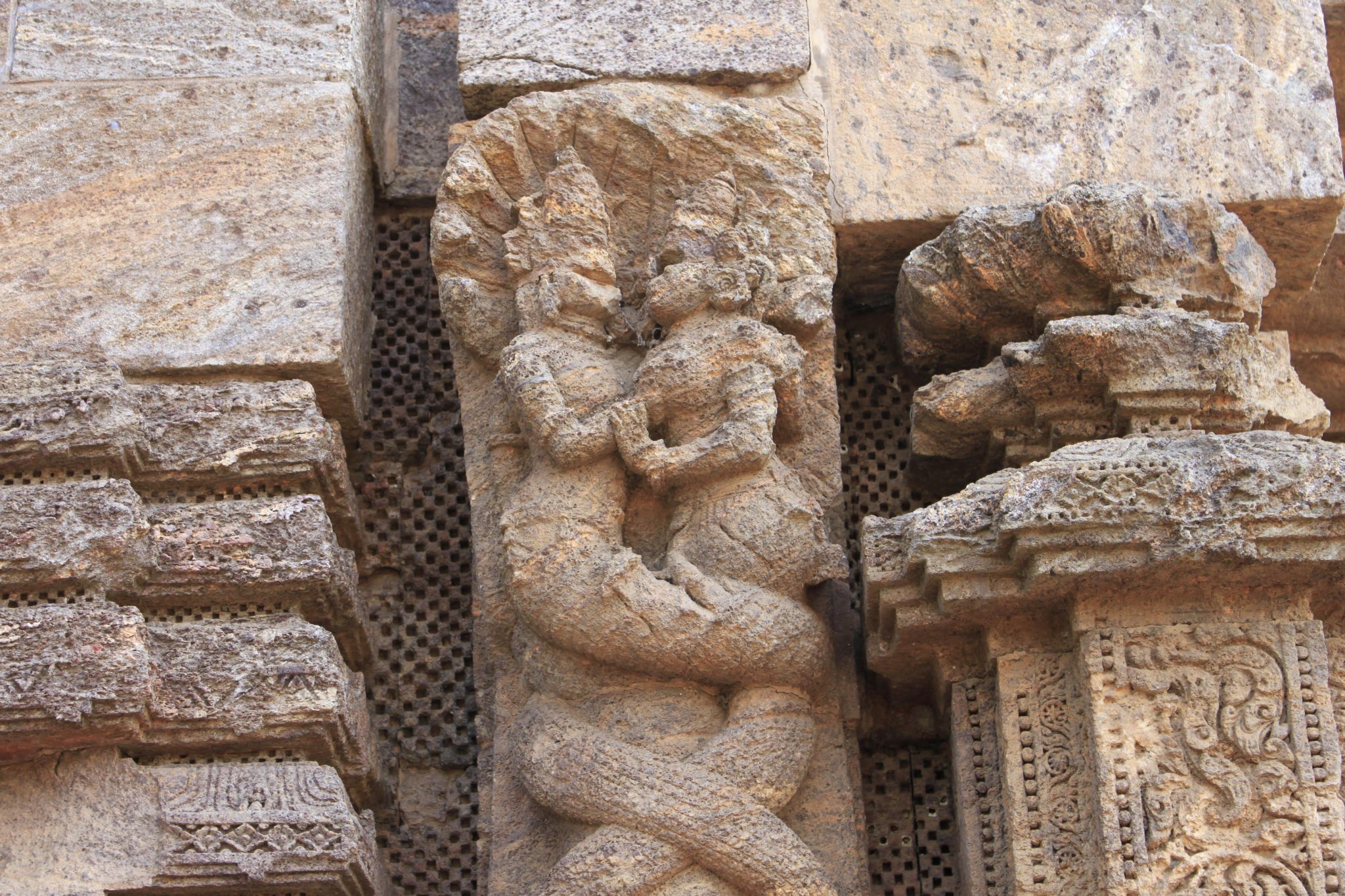 Wall Paintings of Konark Temple: Few mythological paintings can also be seen on the walls of the temple which have awestruck views.

Held every year in the month of December, this cultural dance festival is a must to be an optically discerned thing while you are in this beautiful state of Odisha.

Acclaimed dancers coming from the different parts of India show the magic of their dance including Odissi, Bharatnatyam, Kathak and others. Not to disappoint the shopping lovers, the festival also organizes the crafts stalls displaying handicrafts of Odisha. 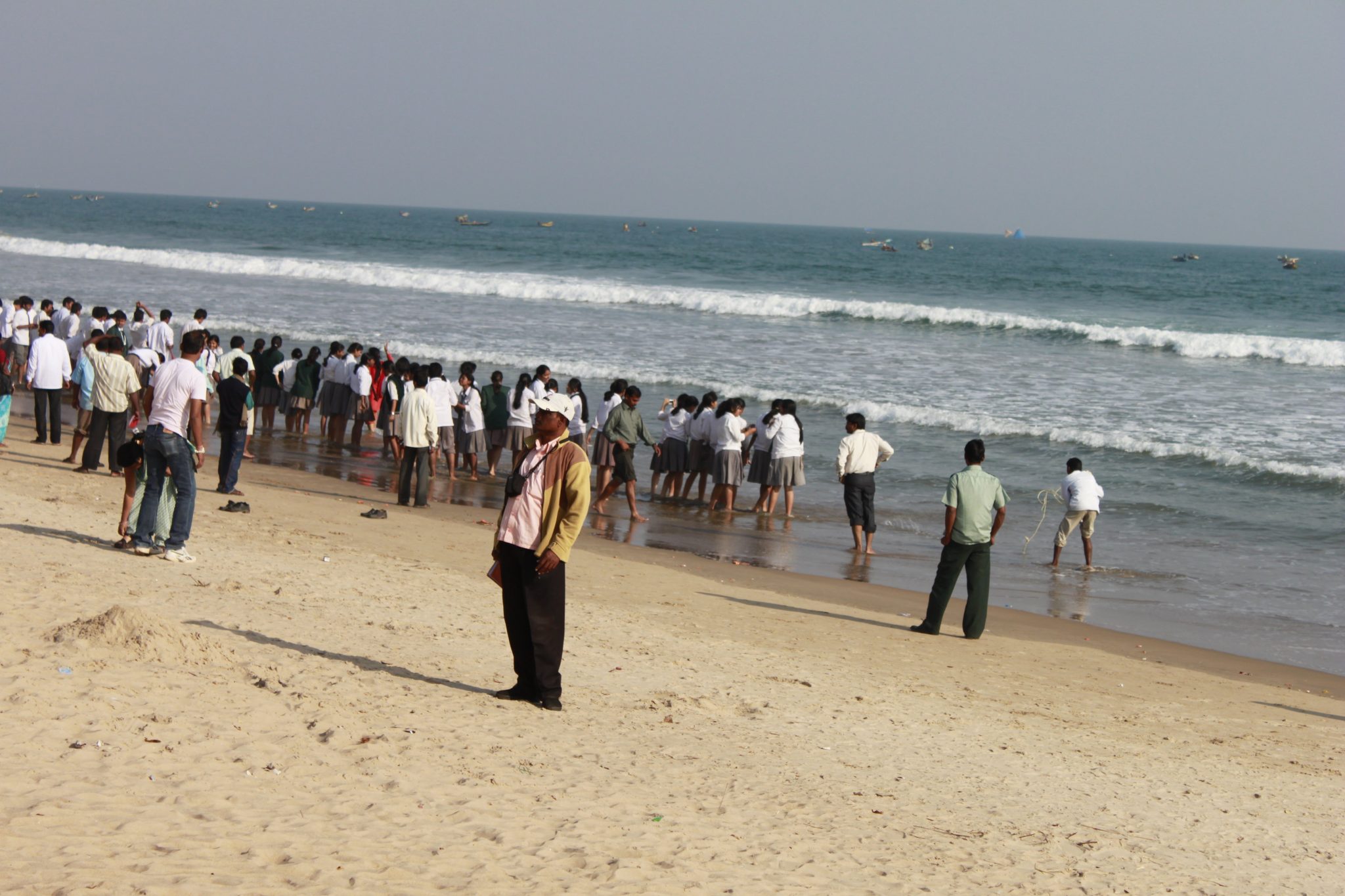 After the ambulating tour done inside the temple, you would operate to throw yourself in this gorgeous beach which is just at a distance of 2-3 km from the temple. One of the pristine beaches of Odisha this would be a treat to your eyes.

Unlike the beaches of Goa, this is a less crowded beach spreading its serenity all around. Hence, if you transpire to visit the place during the first week of December then delight yourself by attending the International Sand Art Festival organized every year.

An excellent place for the art lovers and about the rich heritage of the state, the museum opens from 9 am to 5 pm and remains closed on Fridays. Maintained by the Archaeological Survey of India, the museum has four galleries showcasing a vast collection of architectural pieces and sculptures opened for its visitors.

As the name suggests, the sun temple is open from sunrise to sunset every day except on Fridays. Looking at the hot weather of the city, the best time to visit the temple is from November to February.

How to Reach Konark Sun Temple

The capital city of Odisha is well connected by all designated of convey so one could facilely plan to reach the city by train or could fly down to Biju Patnaik International Airport (Bhubaneswar Airport).

From Bhubaneswar, it would take around 1.5 – 2 hours of road journey to reach Konark. Konark being one of the popular tourist destinations in the state, therefore public buses, and cars are readily available for the visitors.

Konark to Puri distance is only 35 Km.Puri famous for the Jagannath Temple and Puri Beach attracts millions of tourists every year and has many hotels available throughout the year.

Hotels Near Konark Sun Temple: Since the distance between Bhubaneswar, Konark and Puri is only 35 Km, hence it is strongly advisable to explore Konark Temple and Puri on the same day and further one could stay back in Puri.

After exploring the Konark temple and unwinding ourselves at Chandgrabagha beach, we continued our journey to Puri to seek the mystical enchantment of Lord Jagganath.

Below is the location map and aerial view of where is the sun temple located. Using the buttons on the left (or the wheel on your mouse), you can zoom in for a closer look To move around, click and drag the map with your mouse.

Did you like our article on “Konark Sun Temple“? please give us feedback on clicking the stars~!