Mahabalipuram The History The Beaches The Waves & The Stones

Quick facts– Mahabalipuram or Mamallapuram is a historical temple town situated 60 Km from Chennai, India. The port town is famous for its glorious history, sculpture & beaches

Ever heard of a temple singing to the rhythm of waves, rocks showing the glorious history of India’s culture? That’s Mahabalipuram, the beach town for you.

Welcome to this historical place which once served the ancient seaport of the Pallavas.The Pallavas was great conquerors and patrons of art and architecture. They ruled for nearly 500 years between the 3rd and 8th Centuries AD mainly the eastern coast of India.

According to the historians, the spectacular monuments found here are the sculpture legacy left behind by Pallava King Mahendravarman 1 (580-630 AD), his son Narasimhavarman 1 (630-668AD) and their distant descendants.

Why is Mahabalipuram known as Mamallapuram?

The name derived from erstwhile Pallava ruler Narasimhavarman I. He earned the name Mamallan since he was an acclaimed wrestler.Over a period, the town was also known as Kadal Mallai, Arthasethu, Mallavaram, Mallai and Mamallai.The place also finds mention in the Sangam era Tamil literary work of Paththupaatu.

Mahabalipuram History- what we saw during our weekend trip from Bangalore was the beautiful sculptures on rocks.The monuments we saw are broadly in the form of Monoliths, most of them are called Rathas or Chariots. Rock cut caves, shore temple, magical butter ball & many such beautiful sculptural creations inspired by Mahabharata.

Best Places to Visit in Mahabalipuram

Take the straight path towards the sea from Arjuna’s Penance & you will witness this marvelous temple facing the rough sea. The local guide told us that the shore temple is lone survivor out of seven such temples, the rest was buried or fallen into the sea over the time.As you enter the temple, you will see two rock cut shrines-one dedicated to Lord Shiva and other to Vishnu.
We saw the rows of Nandis surrounding the entrance to the shore temple.For the protection of the monument from constant sea erosion, periodic pulp and chemical treatments are applied. Both sunrise and sunset from this place offer brilliant spectacles. 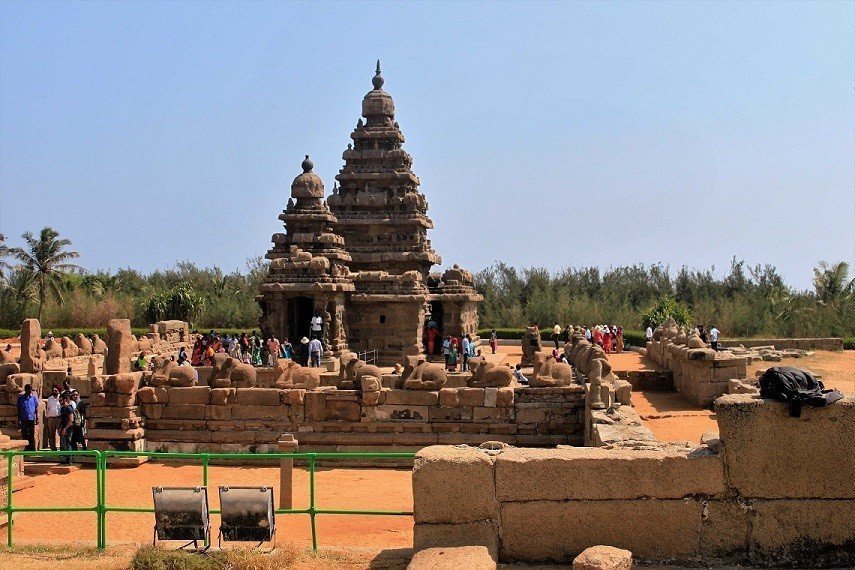 The clusters of Rathas or chariot crafted out of huge boulders in the form of temple chariots.Known as Pancha Pandava Rathas. The design and name of Rathas inspired by the hero of Mahabharata.
They are Dharamaraja Ratha, Bhima Ratha, Arjuna Ratha, Nakula-Sahadeva Ratha & Draupadi Ratha. Among all, Dharamaraja Ratha is the biggest and the best of the five.Dharamaraja Ratha is the southernmost and the tallest among all.Nakula-Sahadeva is the smallest of the five Rathas.There is small porch in the front portion, marked by lion pillars

Located in the central part of Mahabalipuram and towards the hillside is an array of caves.Mahishasuramardhini Cave- The beautiful cave was known for carved panels depicting mythological scenes.The cave paintings tell the Devi Durga battle with buffalo-headed demon Mahishasura.Varaha Cave-It portrays two incarnations of Lord Vishnu.One tells the story of Lord Vishnu protecting the Bhoodevi mother earth & other as overcoming Asura king Bali described on another wall of this cave.Krishna Mandapam- It recreates one of the stories from the life of Lord Krishna, an idyll from his boyhood.On one canvas tells us, Lord Krishna, lifting the mountain to protect the shepherd community of Gokula from the rain God-Varuna.

It’s a huge rock painting (96 feet long and 43 feet high) with chisel-sketches of the Gods, human beings, birds, and animals. This canvas dedicated to the ultimate hero of Mahabharata “Lord Krishna.”On closer look we can find Chandra(moon), Surya (Sun), Kinnaras, Gandharvas, Apsaras, Sage doing penance standing on the foot.The whole painting looks so lively even after centuries of time has passed. 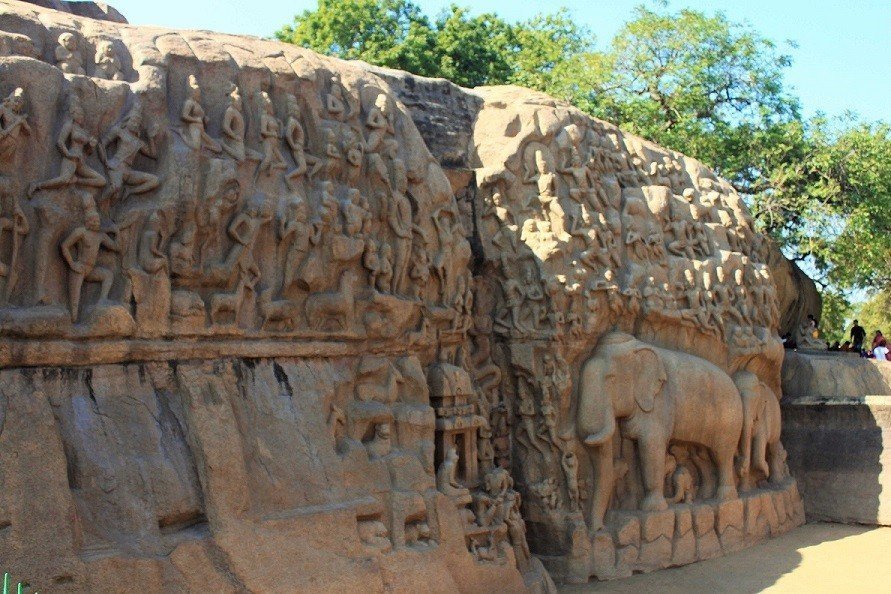 Krishna’s Butterball is a curious tourist attraction in Mahabalipuram.The “butterball” is a giant rock, balanced on a smooth slope, seemingly defying all laws of physics.The enormous natural boulder attributed to a bolus of butter the young Krishna would steal. 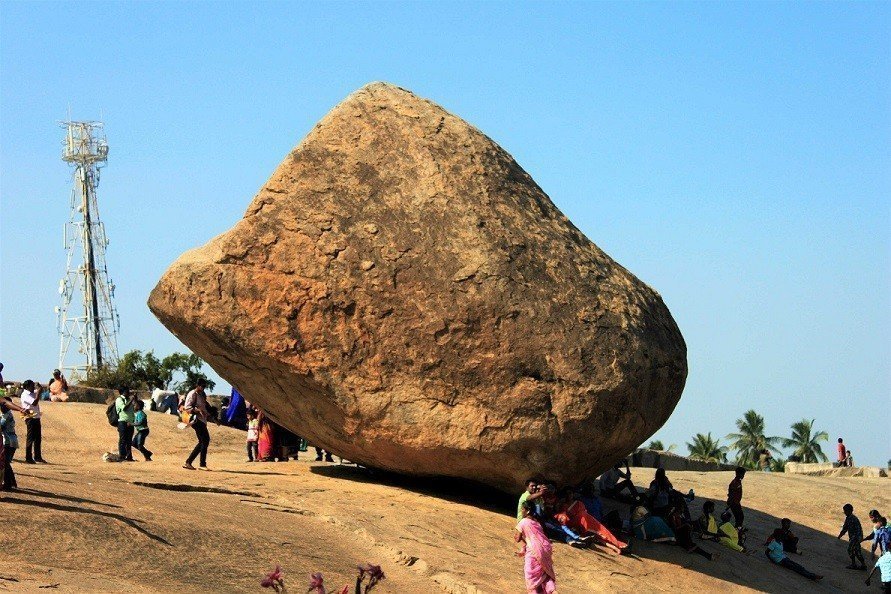 Lighthouse is another attraction.The first light commissioned here in 1887. This modern lighthouse made of natural stone became fully functional in 1904. India’s oldest lighthouse, built around 640 AD by Pallava King Mahendra Pallava stands next to this modern structure (source Wikipedia) 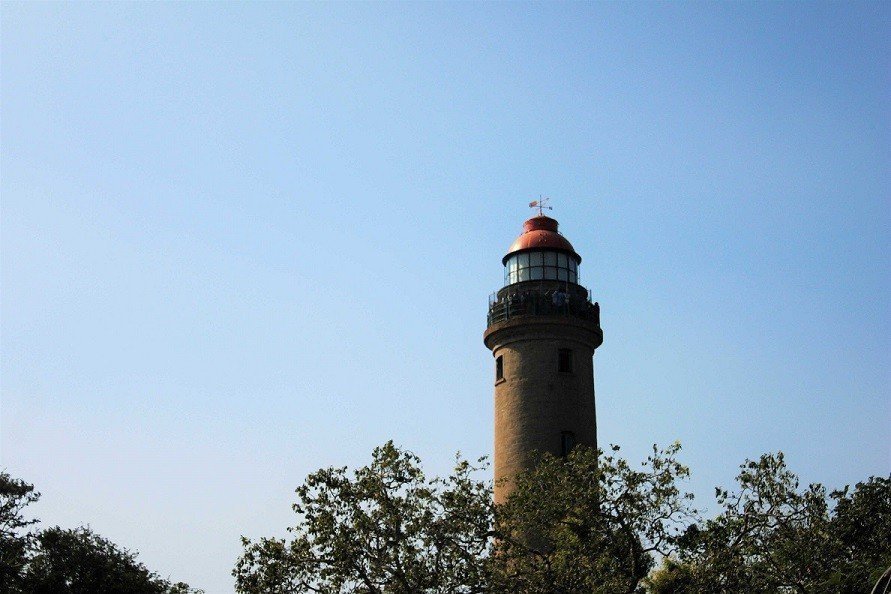 What to see apart from Temple, Monuments at Mahabalipuram

Mahabalipuram is on the famous ECR (East Coast Road), and so you will find vast and long beaches. The main beach which is next to shore temple should be on top of the list. 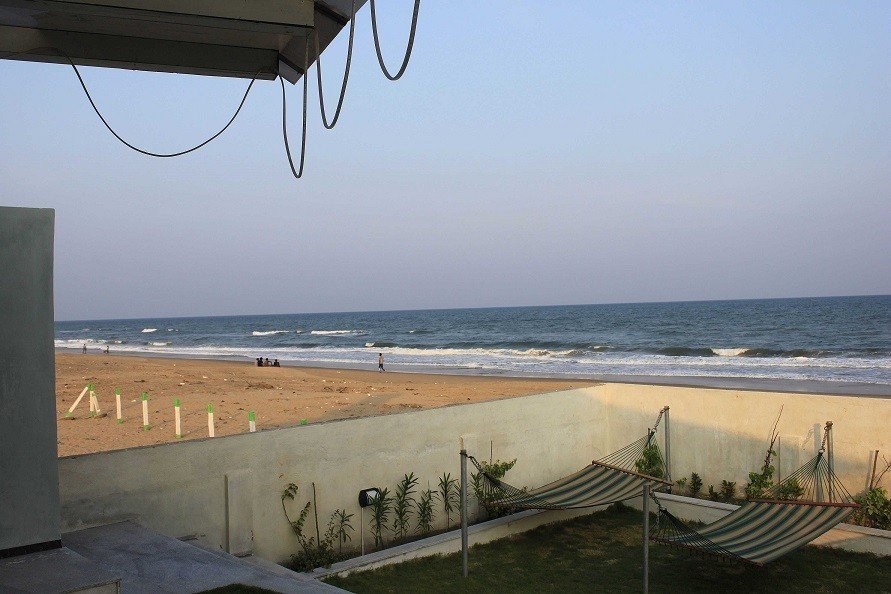 How to Reach Mahabalipuram

Buses arrive in the center of the town from either Koyembedu (CMBT) or Tiruvanmiyur (in Chennai) and Kanchipuram. The drive on the East Coast Road is an excellent experience and included in the best road trip list.

Places to Stay in Mahabalipuram

With temple town emerging as next tourist circuit of India, there is no dearth of stay options in around.Tourist can check in the premium hotels & resorts like InterContinental Chennai Mahabalipuram Resort, Radisson BLU Resort Temple Bay Mamallapuram, Grande Bay Resort and Spa or budget stay like of Silver Moon Guest House&Blue Moon Guest House.

While in Mahabalipuram, we stayed on the beach facing property called “Kadal”. Read here for Our experience and review of Kadal

What to keep in mind while visiting Mahabalipuram

Mahabalipuram is scorching during noon and otherwise cool during evening and morning.Carry sunscreen, hat, hand towel and water for a comfortable walkthrough of town.Due to proximity to Chennai, the temple town will be full of crowd. Roadside food outlets are less in number and serve little dishes.Expect a delay in food services while eating in restaurants.

Dear Reader, please rate the article on “Mahabalipuram History” by clicking the stars 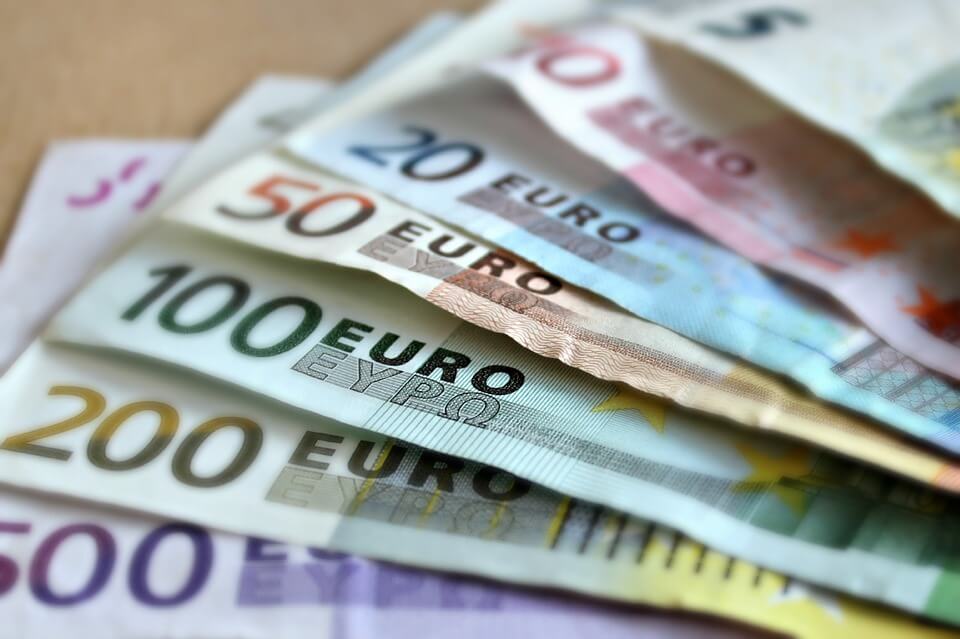 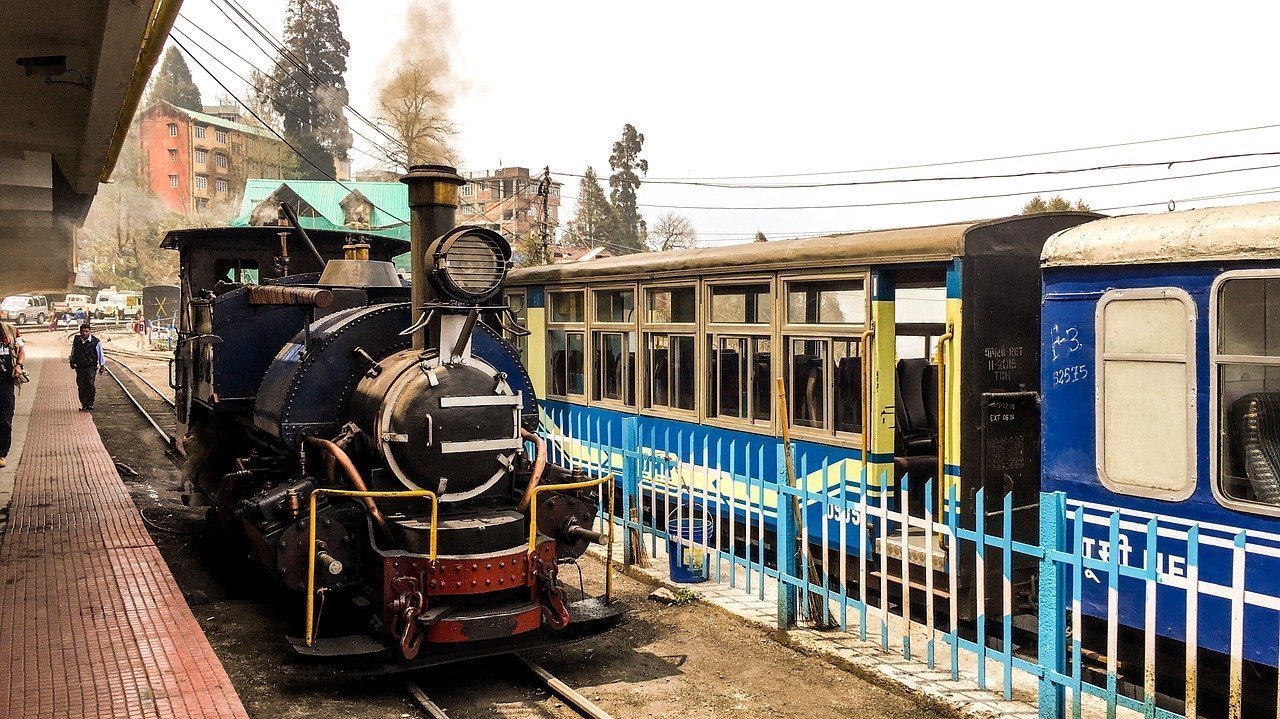 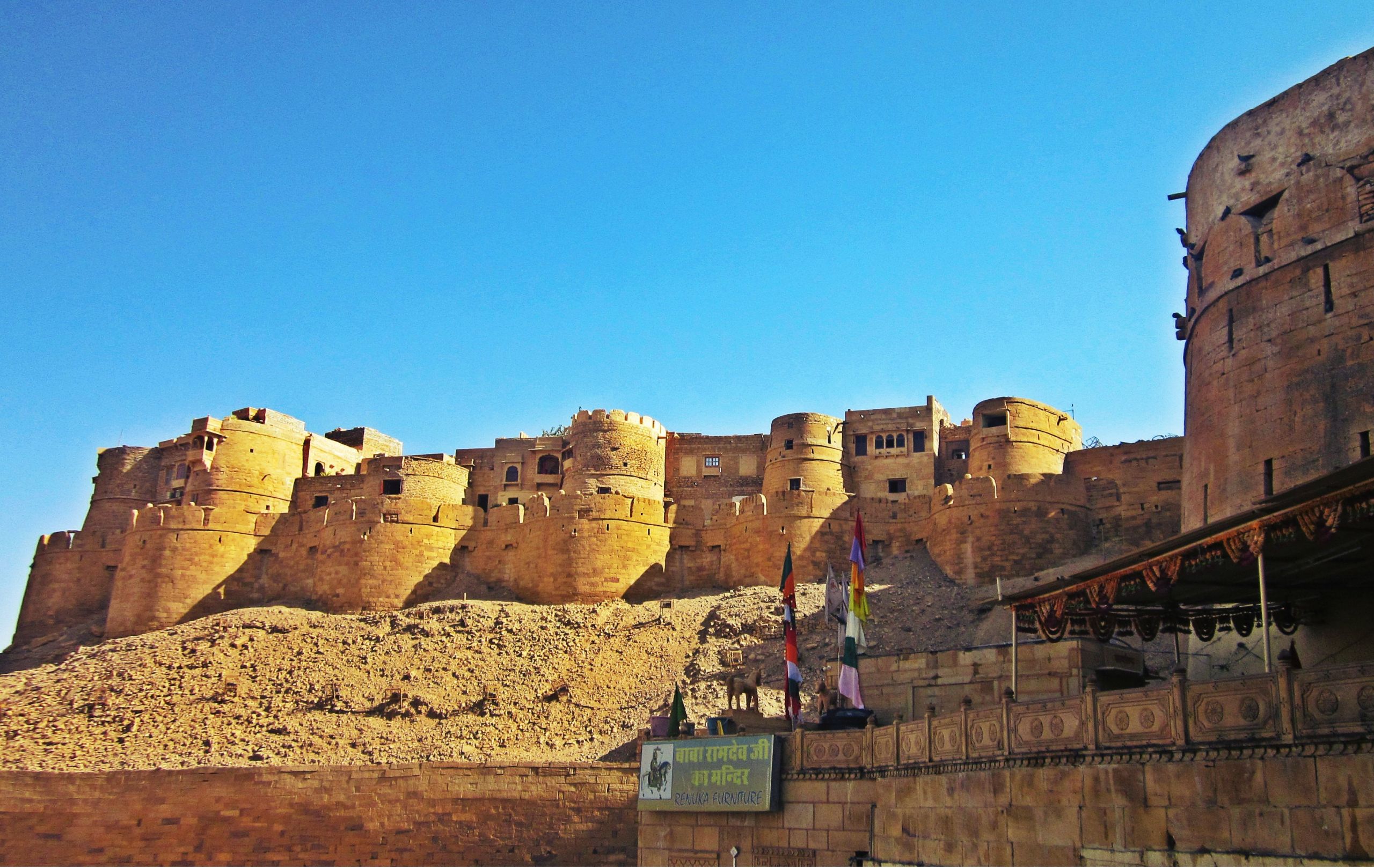