Home/Myanmar Vacation | Best Places to visit in Myanmar
Previous Next

Myanmar Vacation– Myanmar is a land that stands midway between holding on to its ancient roots and moving forward towards urbanization. After spending fifty years under the ruling military junta, the country is slowly opening to the world, and becoming the destination of choice for the travel bugs.

And why wouldn’t it be?

After all, the country has everything to make it to the bucket list of a traveller: from gorgeous landscapes, numerous archaeological marvels, a rich history, to a diverse cultural medley. I can speak from my experiences of exploring this beautiful country that has way more than only pagodas everywhere.

EXPLORE THESE BEST PLACES IN MYANMAR 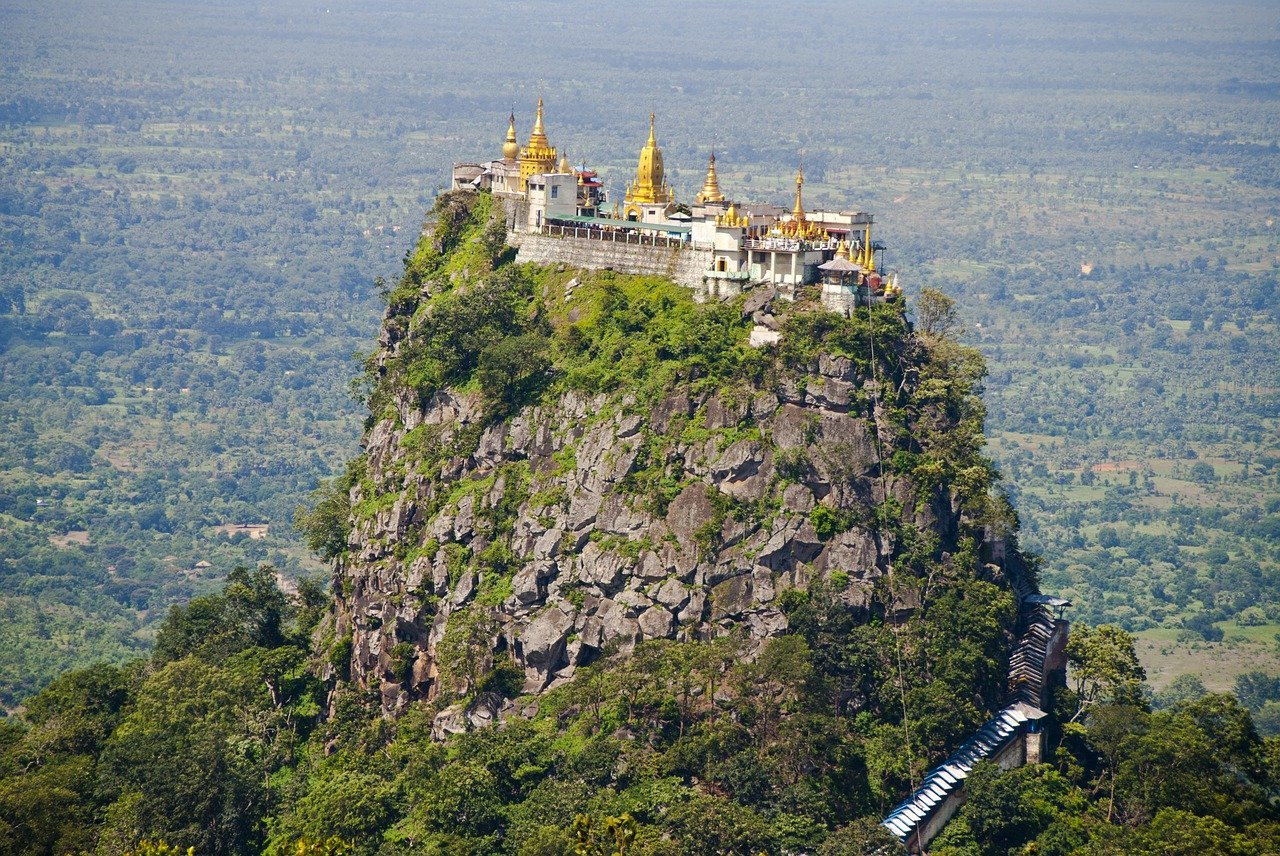 I had the best time of my life, discovering the sights and sounds of this amazing land. And, today, I will share with you a bit about my favorite vacation spots in Myanmar. So, let’s get started!

Of course, I will have to start my list with the number one tourist attraction in the country. Bagan is home to more than 2,000 stupas spread across forty square miles, and it’s a sheer feast for the eyes.

Though you have transport options like walking, bicycling, and taking a car or bus to get around exploring the pagodas, I chose to get an aerial view on a hot air balloon. After all, it’s difficult to appreciate the vastness of it all from the ground. We were eight people in a balloon, and it cost us around $380.

But, to see the temples up close, I also rented an e-bike for $6 and had a tour around the place. You should also make it a point to visit the local markets of the place, like the Mani Sithu Market that has wonderful lacquer products.

Bagan is also a foodie’s paradise, and I can go on and on about the yummy Burmese food I had here. But you can try other options like Chinese, Indian, Thai, and Tibetan too. 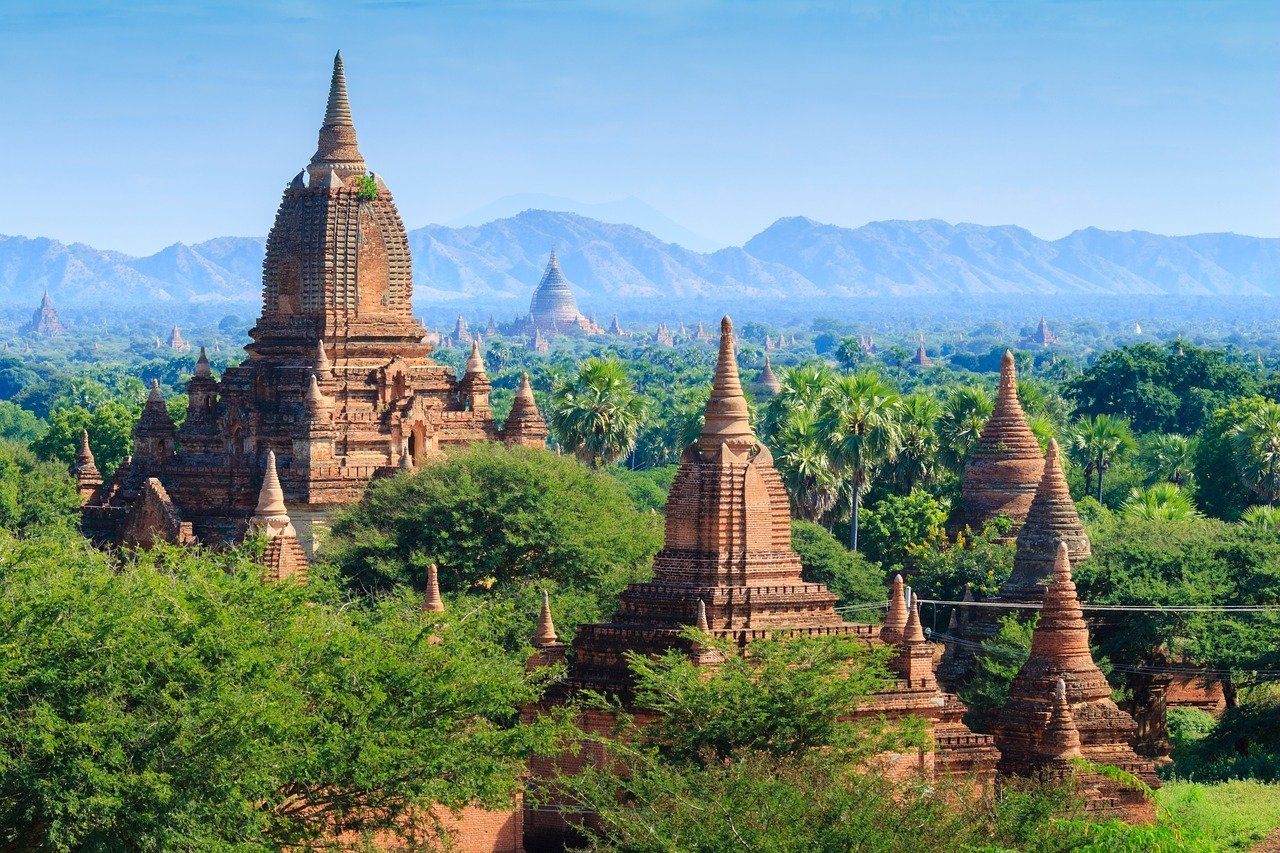 From Bagan, let’s move on to the second largest city of Myanmar, Mandalay. It was the royal capital in 1857, and some of that glory can still be seen in its temples, mosques, monasteries, and pagodas.

Make sure you have enough time in your hand when you come to visit Mandalay because exploring the Royal Palace itself will take you hours. After all, it has forty different buildings! The opening hours are from 07:30 to 16:30 but come early because it’s less crowded at that time. The entrance fee to the Palace is $5.

From here, I suggest you head straight to the Kuthodaw Pagoda at the foot of the Mandalay Hill. The place houses the largest book in the world. Watching the sunset at Mandalay Hill is another unforgettable experience.

The other must-visit spots at Mandalay are Ta Moke Shwe Gu Gyi, Mahamuni Paya, and Shwe In Bin Kyaung monastery. And, since I had time left in my hand, I also enjoyed the Puppet Show at the Mandalay Marionettes at 20:30. 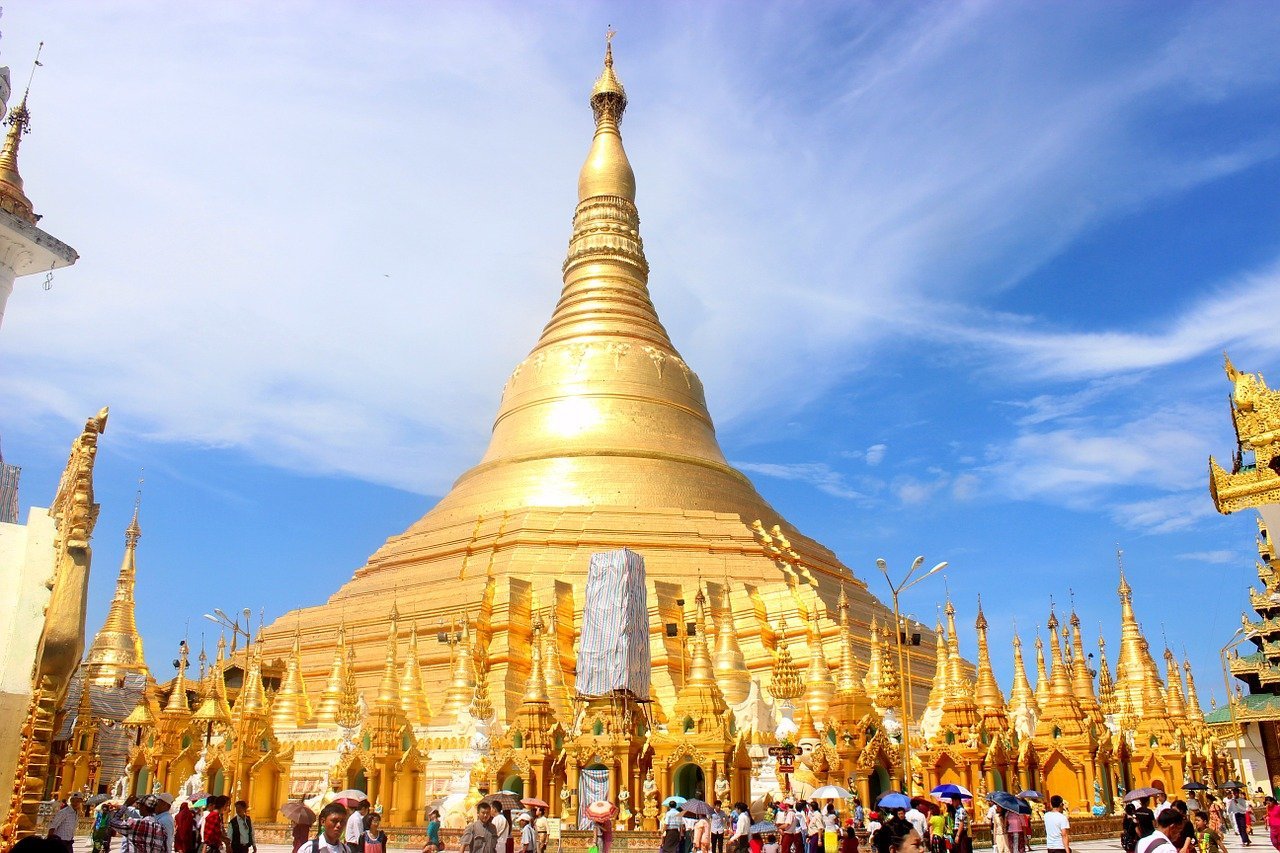 Yangon, or Rangoon, as it was formerly known as, is a colorful and exciting metropolis at the heart of Myanmar. I love this city because you can discover so much here just by taking a walk down the street. There are markets, art galleries, museums, colonial buildings, and scenic parks adorning every corner of the place.

The most famous attraction of Yangon is Shwedagon Pagoda, the towering golden spire that’s a vision to behold at sunset. It remains open from 4:00 to 22:00 every day, and the entry fee stands at $9.

Another pagoda worth visiting, which is about the same age as Shwedagon Pagoda (more than 2,500 years), is Botataung Pagoda. This pagoda is known to be housing the sacred hair of Buddha.

The opening hours are from 6:00 to 20:00 daily, and the entrance fee is $3. Make sure to dress conservatively and wear something that covers your knees and shoulders. I got most of the souvenirs for my folks back home from the Bogyoke Aung San Market here, and I suggest you do the same because you would get a good variety at affordable prices.

Ngapali is one of the most popular beach destinations in Myanmar. It’s located on the stunning blue waters of the Bay of Bengal and has three bays, all dotted with coconut palm trees, beaches, and fishing villages. Drive or walk up to Tilawa Swayambhu Buddha located at the top of the hill, and you’ll get the best view of the bay.

Life takes on a slow pace at Ngapali, and my first day at this famous beach destination in the country was spent sunbathing, swimming, and sleeping in my roof rack tent.

However, if you feel you’ve had enough of lazing around, you can try the watersports here. Go snorkeling, kayaking, fishing, or simply scuba dive to say hello to the exotic fishes in the bay.

I would suggest you go for the packages offered by the local watersport centers as I did. They offer to pick and drop facilities from the hotel, lunch and snacks, and a trip to a fishing village for a package that costs about $135.

Finally, don’t forget to dig into fresh and delicious seafood offered at the restaurants located all over the coast.

Inle Lake is a place like no other, and a visit here is a must when you are in Myanmar. There are no roads at this place, and your only mode of transport are wooden boats. How cool is that?

Inle Lake region is known for its glorious temples, pretty gardens, and floating villages. I stayed in one of the over-water villas in the Lake, and even that was an experience like no other.

Now, coming to the price for the boat rides over Inle Lake, you will have to pay the initial entrance fee of $10 on coming to the region. The fare for boat tours is added on top of that. My boat tour had cost around $20, though it might go up to $30 as well based on the tourist rush.

Nga Phe Kyaung monastery, or the Jumping Cat Monastery, is another unusual place where the resident cats are trained to jump through the hoops. Other attractions of the place include the floating markets of Ywama village and Nampan floating gardens. 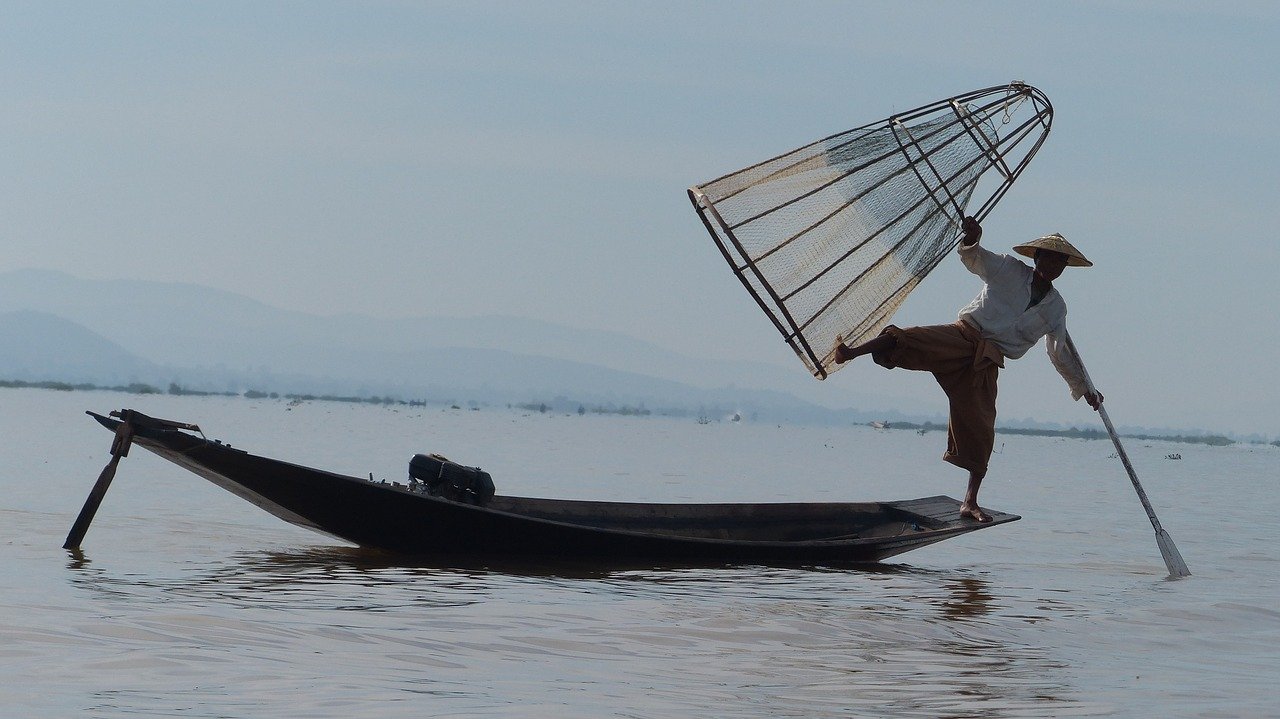 I haven’t seen a mention of Bago in many of the Myanmar guidebooks, but I can assure you that you’ll be missing out if you don’t come here. Come here before the new airport opens in 2022, and it starts getting crowded.

This former capital of the Mon Kingdom is packed full of culture and history. From admiring the many pagodas, seeing the ruins of ancient palaces, to soaking up the sights and sounds at the local markets: Bago will keep you busy.

The major tourist attractions of Bago are Shwemawdaw Pagoda, also called the golden god temple, and Shwethalyaung, a huge reclining Buddha statue. Both these places remain open from 6:00 to 21:00, so you can choose to explore anyone at first.

What I liked the most about Bago is that it has a non-touristy vibe about it. Just keep in mind that not many hotels even allow foreigners here, so book your accommodation in advance.

Formerly called Mrohaung, Mrauk U is an abandoned city that holds strong archaeological significance. Though the temples here look a lot like the ones at Bagan, they are a lot more modern and smaller. They are also made of stones instead of bricks.

Standing at Mrauk U is like getting a glimpse of its former glory. The temple ruins that you’ll marvel at here were once a part of the powerful Arakan Kingdom. After the trading posts were shifted to Sittwe from Mrauk U during the First Anglo-Burmese war, the city was forgotten and left to crumble to dust. However, its charm lies in its isolation!

If you are a shutterbug like me, then you’ll love Mrauk U. The place gets hardly five thousand tourists each year, so it’s never crowded enough to ruin your perfect snaps!

Besides, the ruins of the temples are surrounded by paddy fields, villages, and rolling countryside. So, all together it’s a great place to try your photography skills. 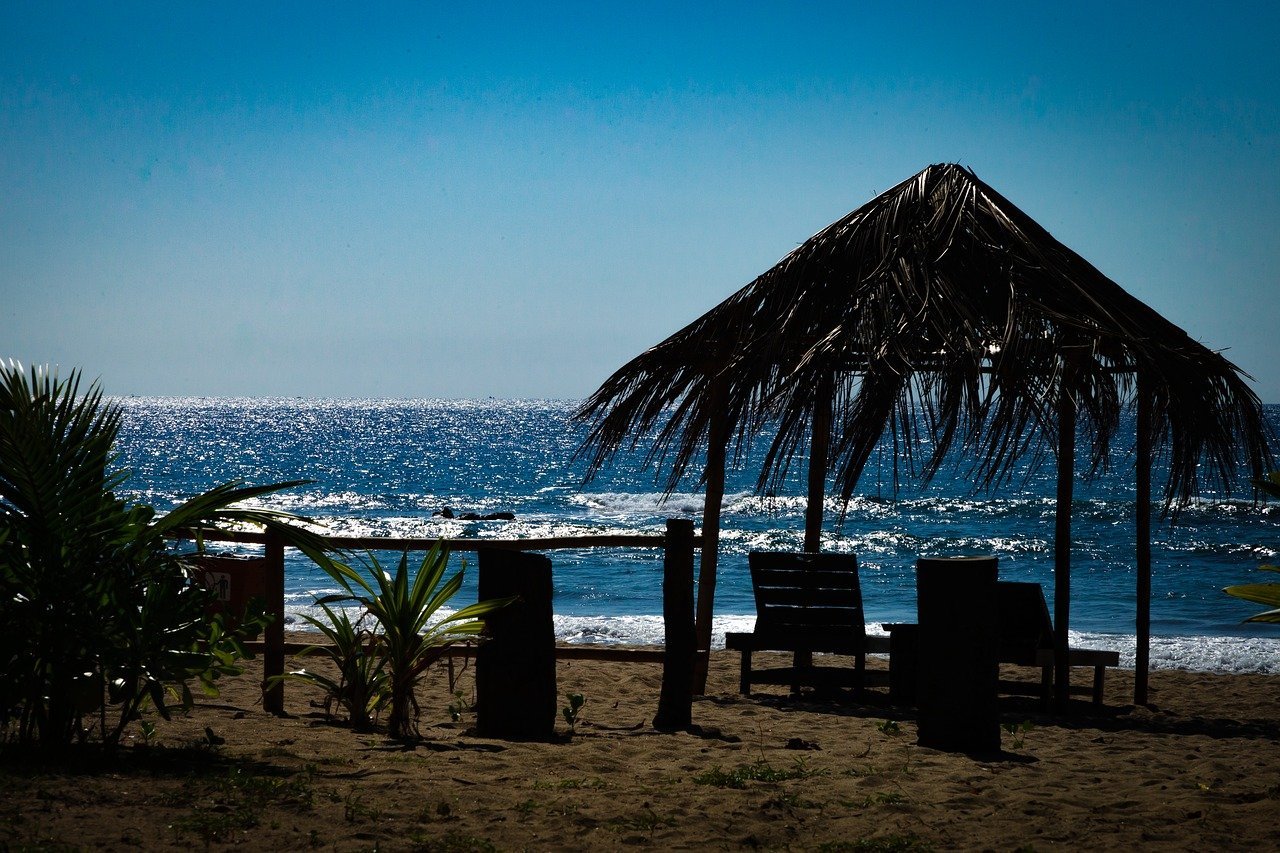 Are you looking for a luxury holiday with the sea and the sand? Myanmar has got even that covered for you with its upmarket seaside resort of Ngwe Saung. Said to be the in-demand destination for the rich and famous at Yangon, Ngwe Saung is more sophisticated than most beach locations of Myanmar.

The place looks like something that’s straight out of a picture-postcard, with its expansive white sandy beaches, striking Blue Ocean, and a coastline dotted with palm trees. When you want to get away from the hustle-bustle of city life, this is where you come.

One of my favorite things to do here was taking a walk across the sandbars to Lover’s Island during low tide. The rest of my time was spent in admiring the pagodas near the beach and indulging in fresh seafood at all times of the day.

You can also go snorkeling here at Bird Island. But, whatever you do, make sure to reach Ume café by 19:30 to watch the fire dancing show and get a dose of the vibrant local culture.

A trip to Myanmar is also incomplete without visitingMount Kyaiktiyo, which is the home to the renowned gilded pagoda and golden rock. It’s one of the most popular pilgrimage spots in the country and is a highly revered spot for the Buddhists.

The huge golden rock lies right at the edge of a cliff, and it is believed to have been held in place by Buddha’s hair. You can pay to put a thin gold leaf onto this rock, but only men are allowed to do this. Women are supposed to stand at a distance and say their prayers. You can visit the place any time of the day, but the mornings are the busiest hours here.

Apart from this golden boulder, two other places that you must visit are the Mahamuni Temple and Shwedagon Pagoda. The enthralling views of the Mon Mountains that you will get from the top seems unreal in its beauty.

There are many ways to reach Kyaiktiyo, from taking a cable car, an open-top truck, or hiking for four hours. I took the cable car to enjoy the breathtaking views from the top at $5. Taking the truck is cheaper at $1.

Tucked between Hsipaw and Mandalay, lies the scenic hill station of Pyin U Lwin, or Maymyo as it is now called. The town had its origin way back in the 19th century. Back in the days, it was the military base of the Indian Army and a summer retreat of the British Raj. Its proximity to the Chinese border has also left an influence on the people and culture of the place.

So, what I found the most interesting about Maymyo is that it’s a multicultural town having a hint of an Anglicized fervor. After all, it’s hard to get an English cemetery, Hindu and Chinese temples, and British mansions in one place!

A must-visit attraction here is the National Landmarks Garden that has the models of all the famous landmarks of the country. Apart from that, this beautiful hill town is also surrounded by coffee plantations, strawberry fields, gushing waterfalls, and botanical gardens.

I would suggest that you plan that vacation to Myanmar as soon as you can because the tourists have started to catch on. It won’t be too long before the top vacation spots of the country become too crowded.

So, make those travel plans soon and make the trip to the land of the golden pagoda. The country and its beauty get etched in your heart forever, and you would want to keep coming back time and again.

About the Author: Anusha