Ranthambore National park Travelogue– After being isolated from the social world for eight months due to the pandemic, this pleasant journey of Ranthambore gave new energy to my soul. There was a fear of COVID 19 to plan anything and this was a tough call but excitement to see the tiger was more dominant to the fear.

When I decided to go to Ranthambore national park. I started searching about what to do, where to live, how to book safari from the government portal, what things to carry, and much more. But it ends up with little information. So I decided to give in-depth information and my experience to travellers. .After all these I finally headed to Ranthambore national park with my friend.

Before starting travelling, a set of question arises in every traveller mind

So, This blog answers all these questions for Ranthambore national park. 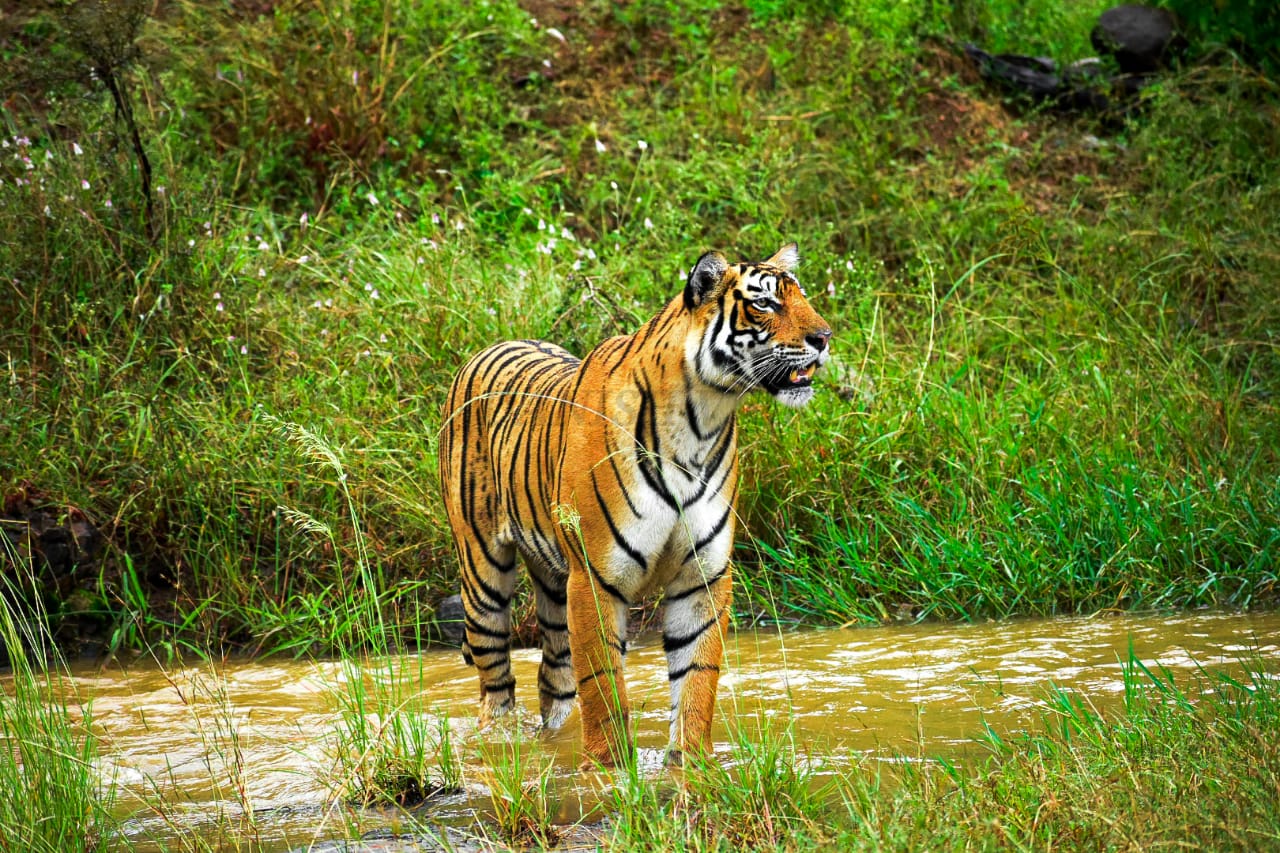 Ranthambore National Park is a wildlife reserve near the town of Sawai Madhopur in Rajasthan. Located at the junction of the Aravali and Vindhya hill ranges, The park covers an area of approximately 400 sq km, Ranthambore national park was established in 1955 by the government of India. After that in 1973, it was declared as one of the project tiger reserves in India. On 1st November 1980 that Ranthambore was declared a national park, 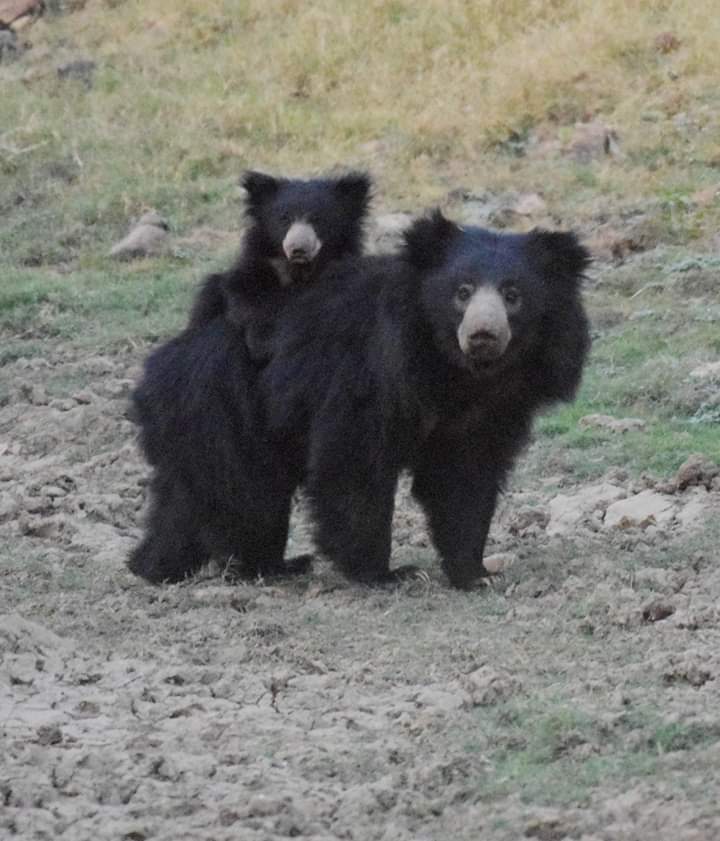 Ranthambore national park is open for tourists from October to June. At this time, numbers of tourists come and enjoy the jungle safari. The best time to spot tigers is from April to June. The jungle has many big and small water bodies. In summer the tigers and other animals were mostly spotted near these water bodies.

Whenever you search for Ranthambore jungle Safari you will find many private operators and you can also book from the official site of the government.

One can book a safari in 90 days advance. 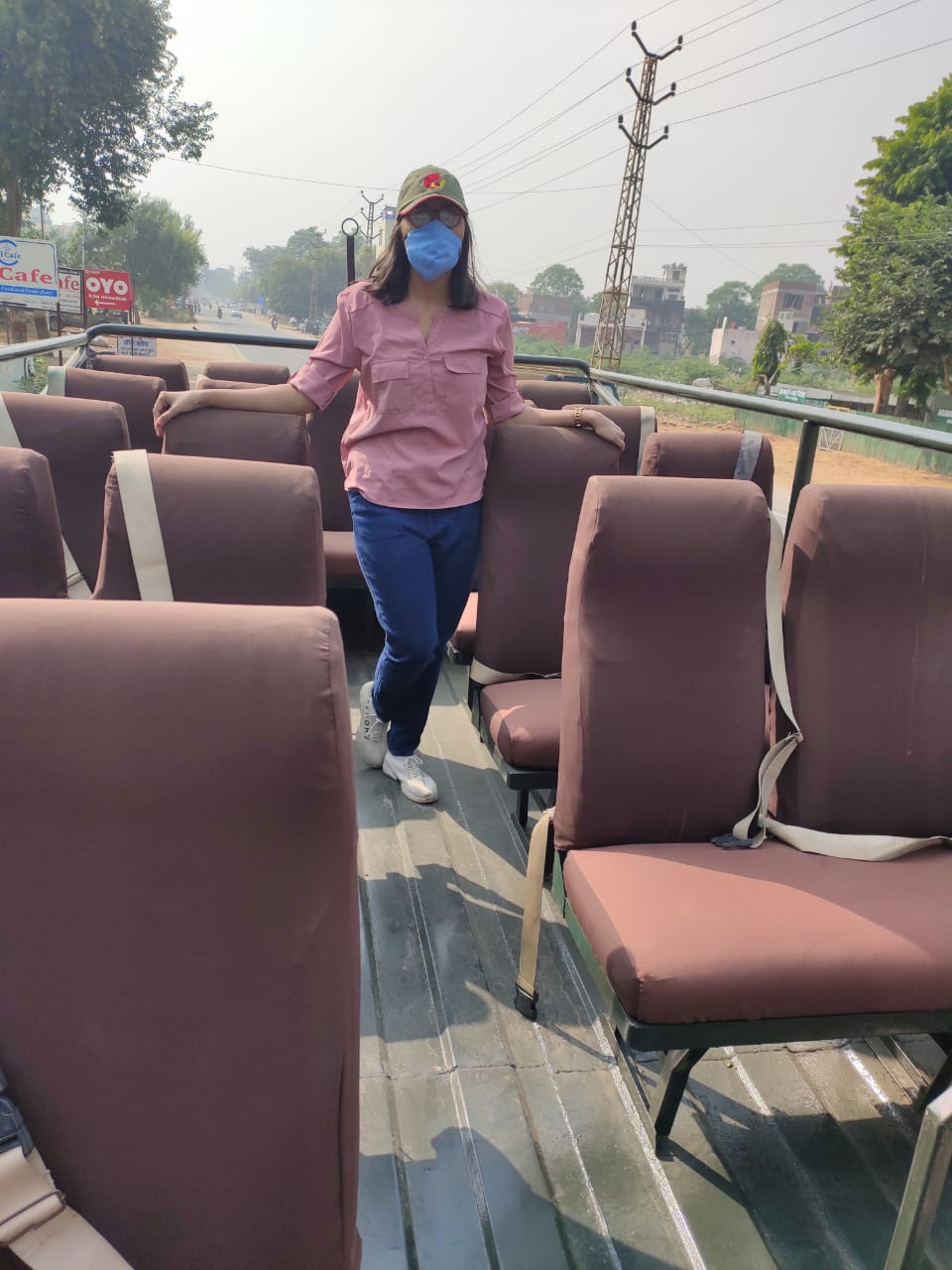 (Time changes according to season)

In Ranthambore National Park there are two safaris each day, one in the morning and another in the afternoon. The times change slightly throughout the year, following sunrise and sunset 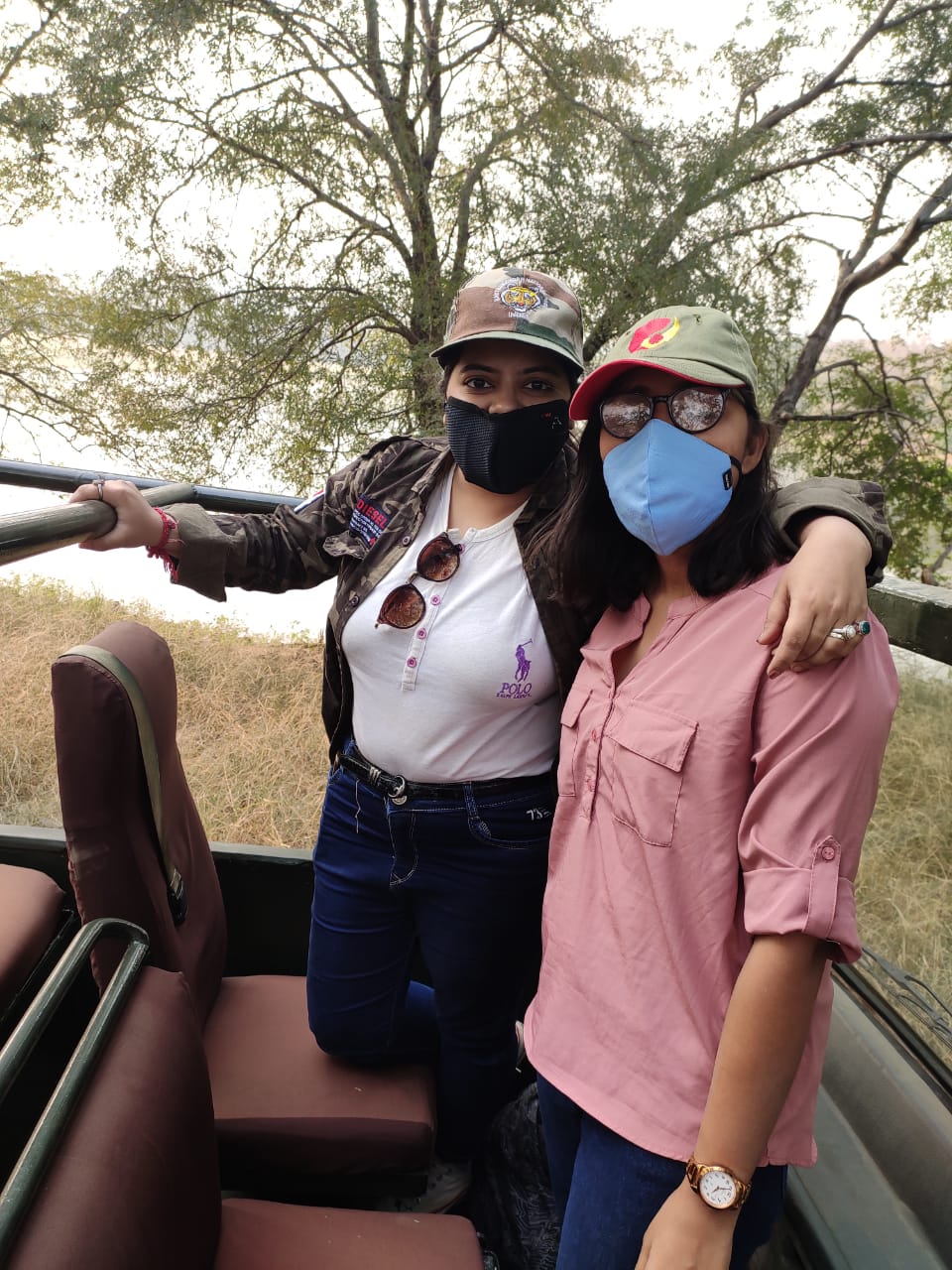 In Jungle Safari, drivers and guides take you to your allocation zone. A safari is of 3 hours There are two options available for jungle safari. One is a gypsy and the second is a canter. Gipsy is a 6-seater capacity. Per seat charge for the Indian nation is between INR 800-900 and for foreigners, nationals are INR 1800-2000 Canter have 20 seater capacity.

There are 10 zones in Ranthambore national park and safaris vehicles go to one of those zones. Zone 1-5 are core zone and 6-10 are surrounding buffer zone. Tiger sightings are better in the core zone.

If you are booking early by visiting the Government’s site, then you can get the zone of your choice, but if you are going through the agent, then the zone is not in their control. You will get the final zone allocation at the time of booking. Early booking helps in getting a core zone.

The cheapest way to reach Ranthambore national park is by train.

The nearest railway station is Sawai Madhopur Junction and the nearest airport is Jaipur.

If you visiting during winter carry a jacket and mufflers

There are many budgets and luxurious stay options in Sawai Madhopur. One can book these stays online.  I stayed in a hotel -the Green valley. Which is 2.5km from Sawai Madhopur junction. Room charges-1000-1500. 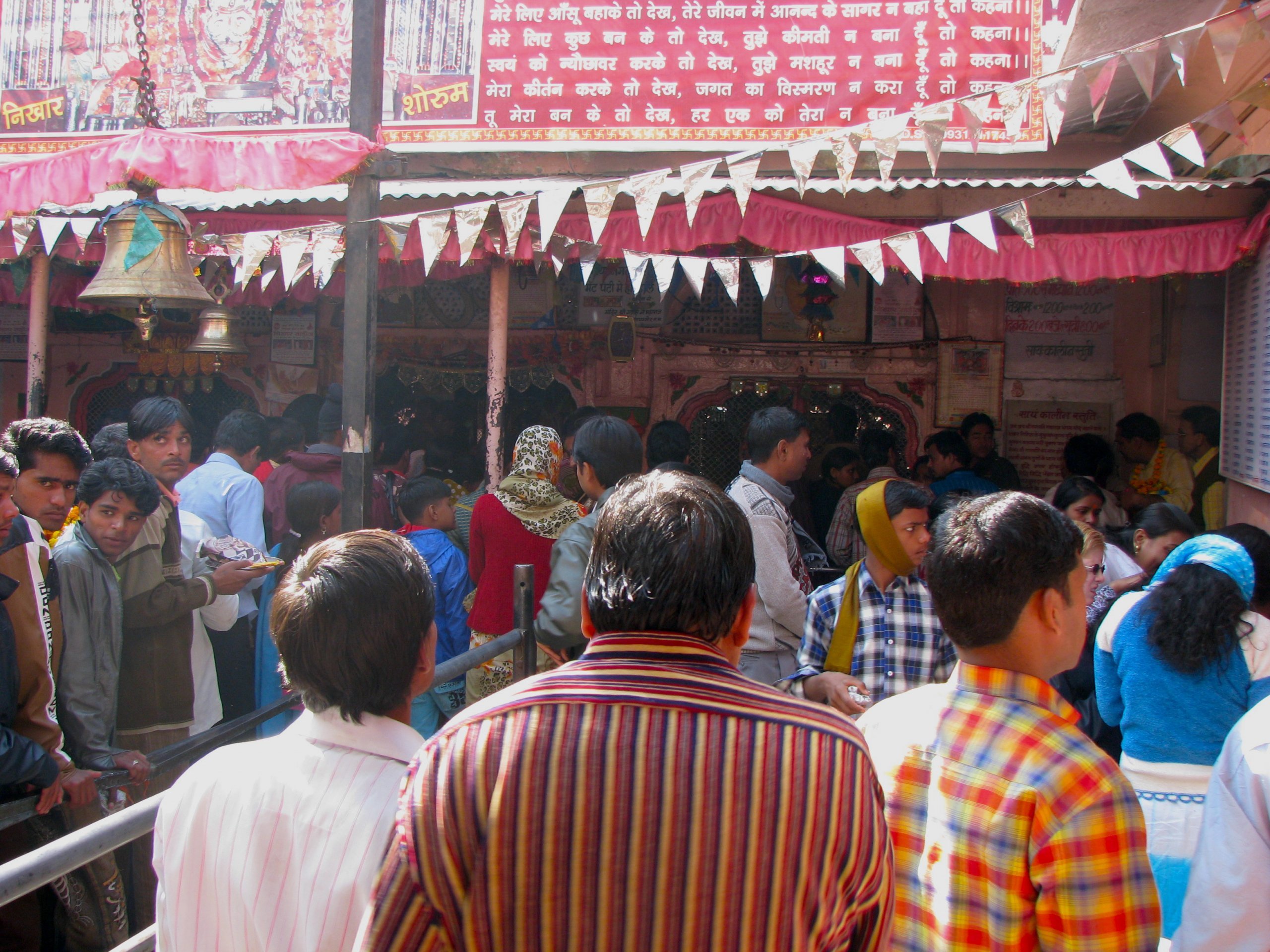 It has been a very beautiful and memorable journey for me. Like I said previously that there was little information about Ranthambore national park safari. So I booked my safari ride through an agent in advance. My agent charged me INR 900 per person. The package included safari charges, pick up and drop from station to hotel and to be fresh and to rest for 2 hours in a hotel.

I boarded the train from Jaipur at 9 am and reached Sawai Madhopur at 11 am. The driver came to pick us up from the station in a gypsy. After that, we had lunch and rested for 2 hours The canter picked-up us from our hotel.

We were allotted zone 4 and we were lucky to sight tiger on our first safari. The name of the tigress was 102. After enjoying 3 hours of safari ride the canter dropped us back at the hotel. We had to return the train on the same day at 7 pm. 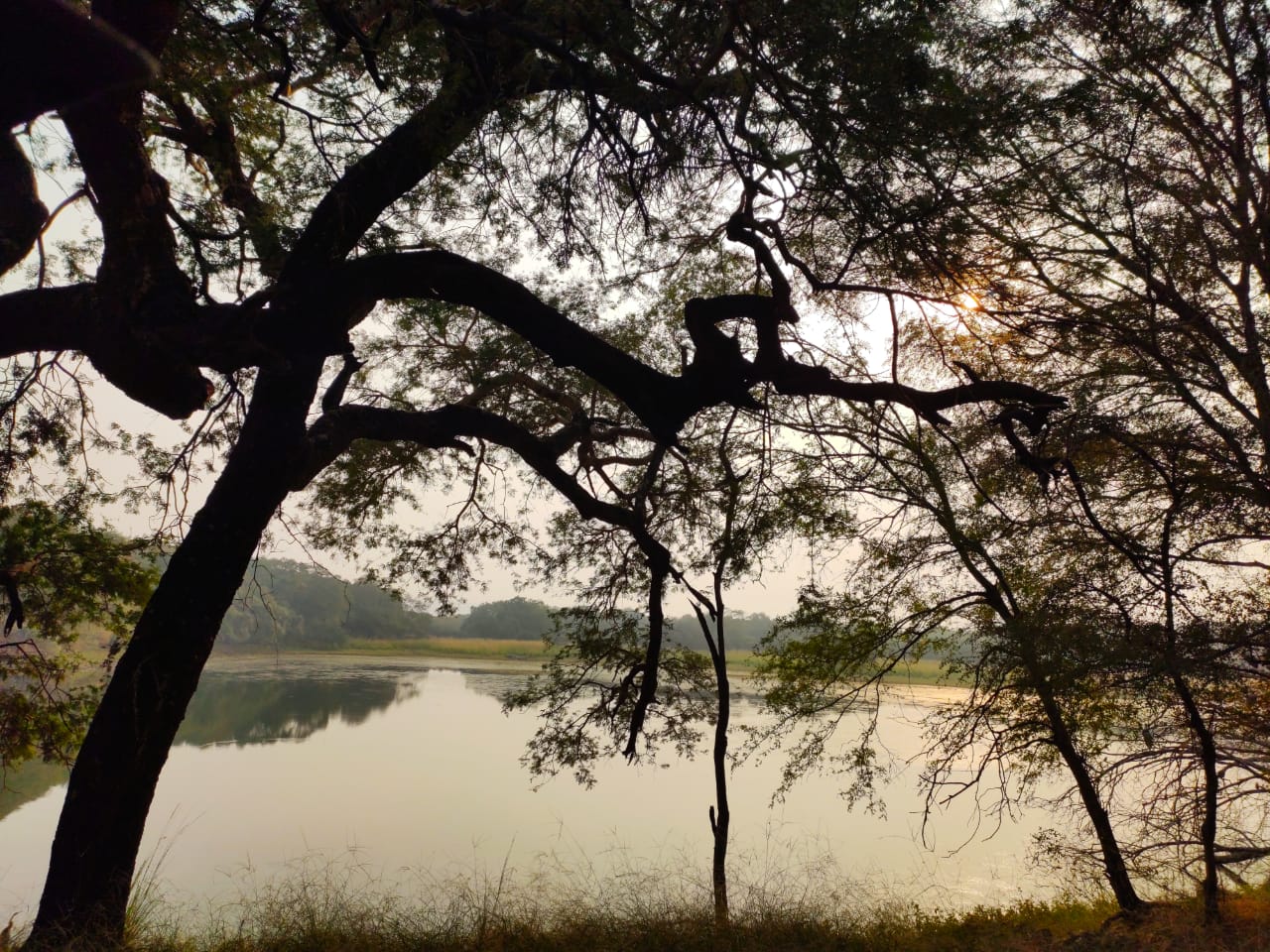 We were allotted zone 4 and we were told that a tiger was spotted in the zone itself in the morning. It had hunted down a baby fawn and taken the carcass near the lake. So we were already feeling pretty confident that we would be able to spot the tiger. The safari started at 2.30 pm and the driver and guide both said that they would try their level best to show us the tiger in its all-natural glory.

Soon after entering the national park, we saw deer, bears, monkeys, and various species of birds. We spent the next 2.45 hours going around our zone which had a lake in between. The driver and guide both were trying their best to make sure we could get even a small glance of the tiger. But since the tiger is a nocturnal animal it is not active during the day. So by the end of the trip, we had almost lost our hopes of seeing the majestic creature. with the time and sunsetting our safari had come to an end. Only 15 min were remaining to complete our ride then all of a sudden calls of animals and birds started.

Call means when animals and birds see a tiger they give a sign to other animals with their voice and our attention was drawn towards the particular site. Just as our canter reached the spot suddenly we saw striped yellow and black moving along the path created for the vehicles to pass. It was a tiger in all its natural elements. We all hushed down and the vehicle shut their engines. We noticed that the tiger was waiting for something and suddenly crouched into its attacking position and out of nowhere a small pack of wild boar’s came and the tiger attacked its prey.

Finally Tiger In Front Of Me 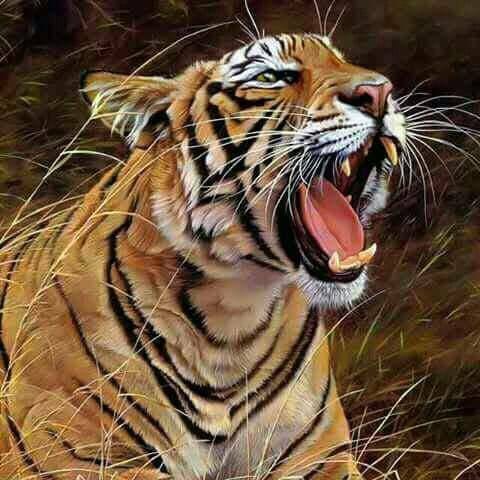 Though we couldn’t watch the event happening because the tiger went out of sight in a matter of seconds. We all were just mesmerized by the entire episode. Later we were informed that it was a female tiger named T102. Though we were lucky to spot the tiger itself on our first safari a lot of people aren’t that lucky. So we had asked the local and safari employees what are the factors that affect tiger watching. Here are the few reasons that were informed to me. 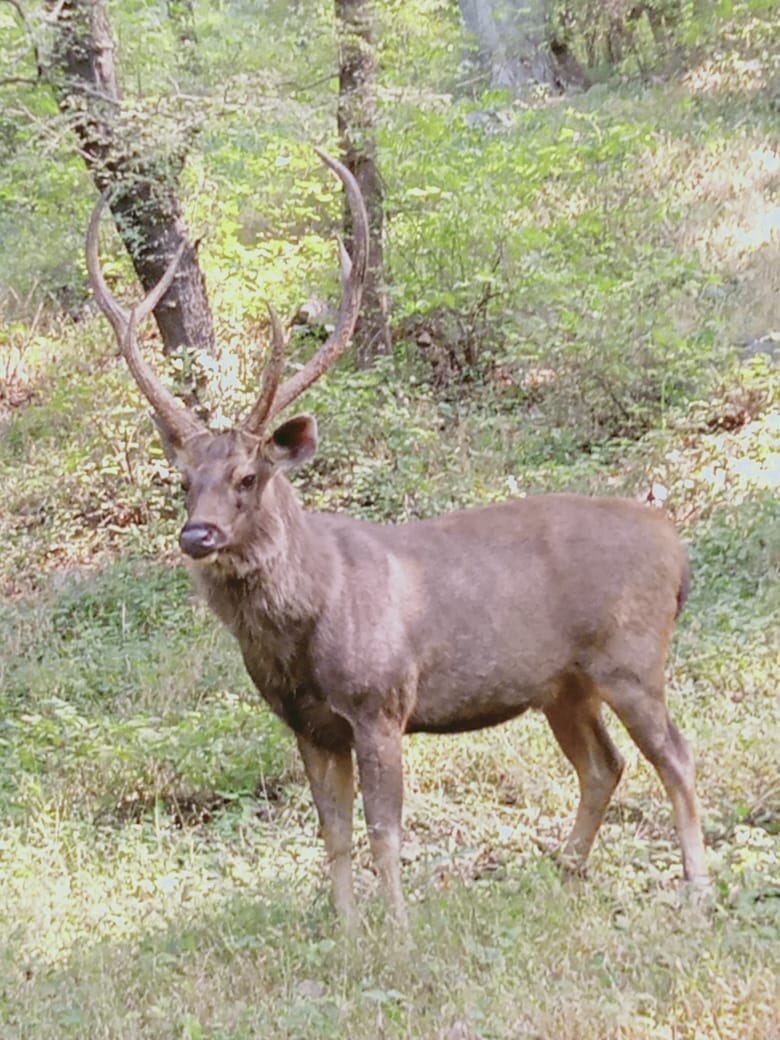 After enjoying 3 hours of safari ride the canter dropped us back at the hotel. We had to return the train on the same day at 7 pm. All the best for your safari. Enjoy the feels of the old jungle that we all read growing up.

Hey, if you are coming to Ranthambore from Delhi, you can visit Mehandipur Balaji Temple near Dausa for spirituality and seek the blessing of Lord Hanuman. I invite you to join our exclusive  FB TravelEscape group , also we are on whatsapp group in case you want to join us.

Dear Readers, Thank you for reading my post on “Ranthambore National Park” if you like please leave us “feedback by clicking the stars” or by comment!!