Sculpture Park- Are you travelling to Jaipur & in love with art and historical places? Sculpture Park at Madhavendra Palace must be in your top to do list. Why don’t you read my below content to know more?

A GLIMPSE OF ART & HISTORY

As I walked into this beautiful 18th-century Madhavendra Palace, commissioned by Maharaja Sawai Madho Singh, the founder of Jaipur I noticed quickly that the palace is by far the most pristine element of the otherwise rambling Nahargarh Fort featuring an impressive entry gate with an undulating and weathered boundary wall that follows the geography of the hilltops.

Madhavendra Palace had been built as a royal pleasure retreat with a series of seven apartments, one triple-width for the Maharaja himself and then six identical duplex suites for his wives.

The series of labyrinthine rooms, corridors, and staircases impart a sense of mystery as one can only imagine the happenings of days gone by.

The structure, though relatively simple in terms of carving, is fully covered delicate fresco wall paintings, this adds to the sense of the opulence, which the palace once contained. Though unexpected, it is how the palace is presented, rigid in its structure and its perfect geometry, that makes it such a perfect setting for a contemporary art exhibition.

NOTE ON THE SCULPTURE PARK 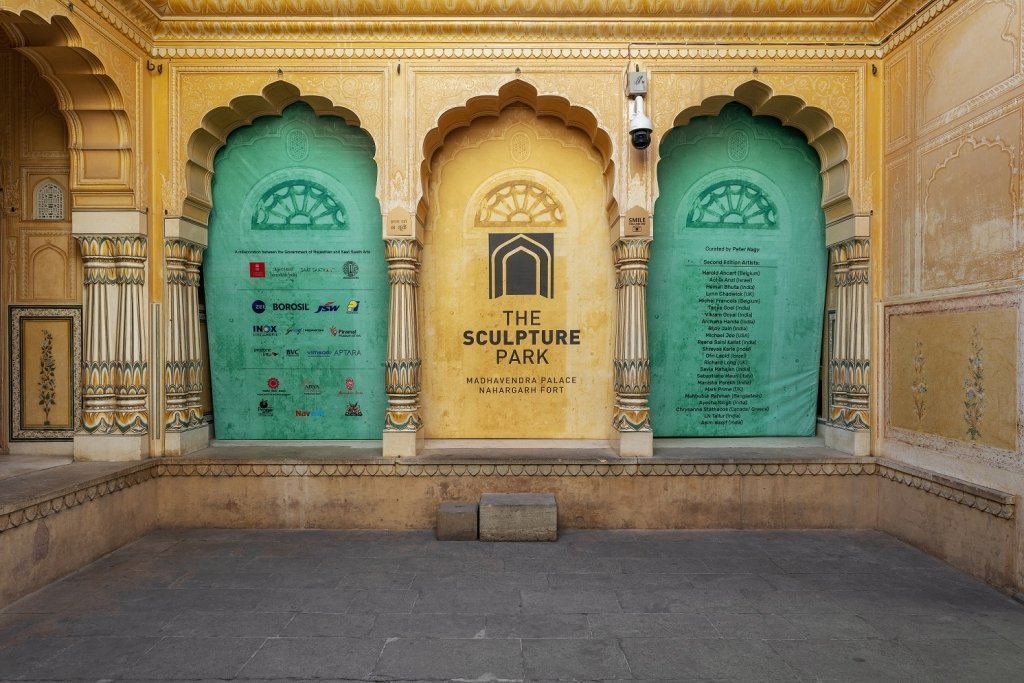 The Sculpture Park (TSP) is India’s first Contemporary Art public sculpture park. A Not-for-Profit initiative inaugurated December 2017, TSP is the first example in the country of a collaboration between the state government and private cultural philanthropy in contemporary art. Set in this heritage site, TSP is a manifestation of “India of the 21st century”, a synthesis of the contemporary with the traditional, bringing art into the public realm and reclaiming public spaces.

The leaders behind the project believe that for art to become a part of the public consciousness it must be made accessible and understandable to anybody who engages with it. TSP’s goal is to preserve India’s storied artistic heritage while also charting the future course of art. 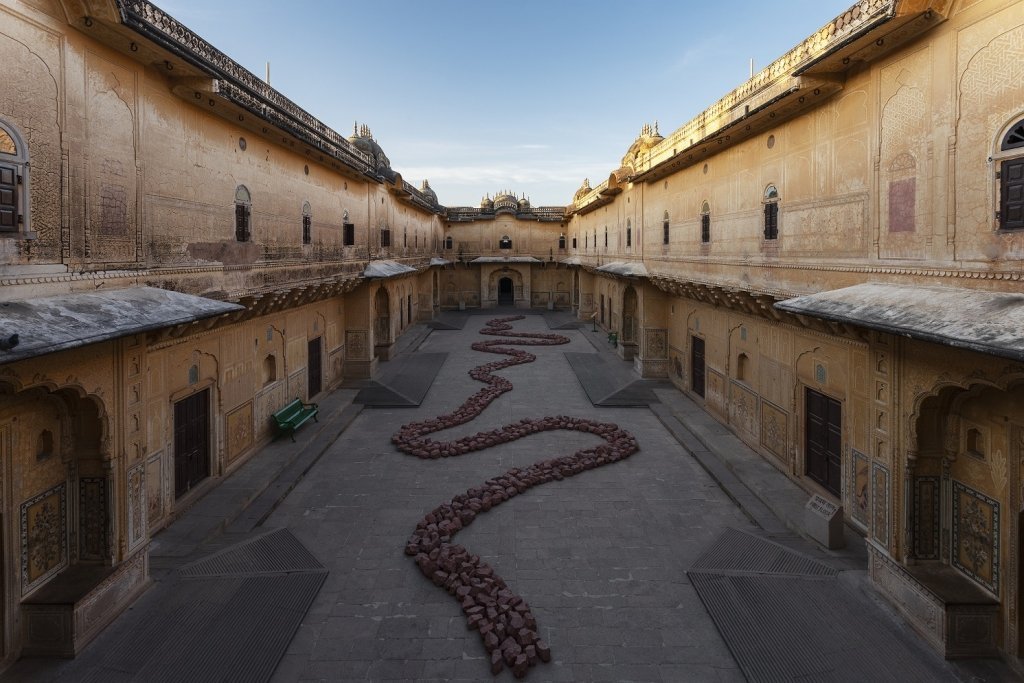 As I entered the Palace I was awestruck by Sir Richard Long (born 1945 Bristol, England) work running through the main courtyard. Richard Long is an artist of the land and nature. His work articulates ideas of time and space through the medium of landscapes.

He uses geometry and simple natural materials like stones, mud, and water in his practice and is one of the leading artists of our time.  Here at TSP, his work titled as “River of Stones”, is a contrast between solidity and fluidity. Using local red stand-stone sourced from the Aravalli Mountains, this work connects us to the landscape around us, to local materials and traditions, to sacred rivers in India running like an axis through this courtyard.

All the apartments have names dedicated to them, many of which are also credited to some very large Indian companies who support the project, such as JSW, Godrej, Borosil, and INOX. The first apartment on my right, called  “Chand Prakash” has Prashant Pandey’s beautiful “Kama” work made out of marble chips. Prashant comes from a family of Jaipur stone carvers who has been craving deities for generations.

His background gives him a unique approach to materials he values them for their intrinsic properties, often using left-over waste to give otherwise cast aside materials a new life.  Another one of His works “Cosmos” was created to further complicate the story and to signify the artistic quest for the unending experience of creation.

A MESSAGE ON SUSTAINABILITY 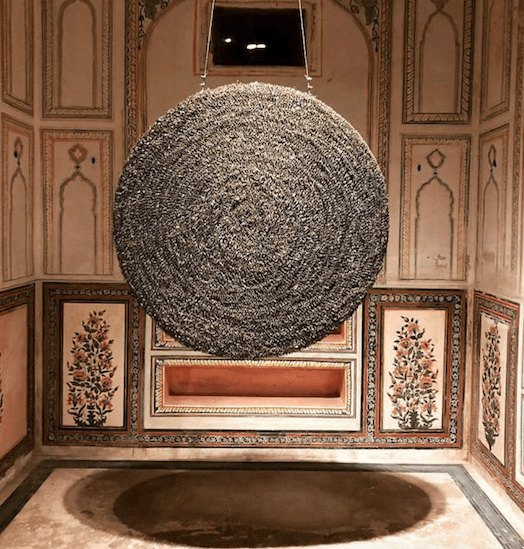 The scrap metal used incomes from waste generated by human industry. His third work features inscribed symbols with holy ash or bhasma on glass slides, taking the form of a manuscript. This work signifies the rebirth of experiences once lived but since forgotten. Humans destroy things and discard thoughts, and then try and recollect them through the use of symbols.

Next apartment “Suraj Prakash” saw Israeli artist Ofri lapid’s innovative concept focus on how the walls of the palace were once guarded against the outside is now currently being guarded against within. In response to the shift that space has undergone, the artist turned to the guards who are working on site with the request to lend objects for the current for the exhibition.

By changing the roles and involving the guards in the curation of their own display, the one they will be ultimately be guarding, the artist seeks to invert expectations of audiences and of the museum staff, dissolving the borders between one’s private and public territory, between their home village and the palace.

As I moved through the palace I found myself wandering upon works by Asim Waqif, Ayesha Singh and Bijoy Jain – all of whom come from an architectural background and create works that mirror the diversity in societies with a reflection on social, political and economic inequalities.

Reena Saini Khallat and Achia Anzi’s sculptural installations underscore the relation between the nostalgia for land and the formation of nationalist identity. 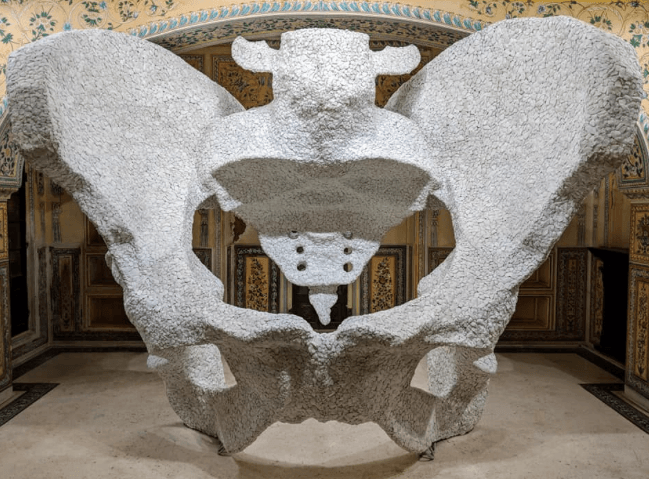 Walking through the ground floor I saw the works of Mahbubur Rahman, Michael Joo, LN Tallur, Lynn Chadwick , Manisha Parekh, Chrysanne Stathacos but what really caught my eye was Mark Prime’s work “Transience” a kinetic installation: a sound piece starts with a single droplet that reverberates into space and ends with a long tail of sound that blooms out gradually.

In this work, the artist’s concerns dwell on the idea of time whether measured by our own lives or by the natural environment around us. The brutal reality of time running out for us, as for the world, lies at the heart of Transience.

As I wandered up to the first floor I found myself looking at Michel Francois’s work where he takes the simplest materials and makes an extraordinary creation out of them like plastic bags filled with water or broken plates. Right next to his apartment was Savia Mahajan’s “Spine of Spine” a 14.5 feet-long vertebral column, quite a powerful sculptural work.

I suggest you visit the gorgeous sculpture park as part of your Rajasthan budget travel with memories of arts from the various talented artist.

If you are looking for a budget decent stay, I have an exclusive partnership deal for you. Simply go to the Oyo website and select your best stay. On checkout, remove the existing coupon code and use TRAVELESCAPE to get an additional super discount

The last spot to visit was the terrace with a 360’ view of the entire sprawling city of Jaipur – the vista took my breath away. Beautiful lotus sculptures by Vikram Goyal named “Hundred Petal Lotus” that look like they have belonged on the roof for a century, embody the essence of the palace so wonderfully. In Indian mythology, the lotus is revered as a symbol of divine beauty, grace, and perfection.

The installation, designed for the roof of the palace, places one lotus on each of its twelve platforms. The number twelve is celebrated for its divinity and versatility which is exactly what The Sculpture Park stands for.

PS- The Sculpture Park’s second edition opened December 9, 2018, and will run through November 1, 2019. I will recommend you visiting the Sculpture Park’s website for more detail. Join our Facebook community of traveller and storyteller.

Else, please let us know about your experience about the Sculpture Park in the comment below, & do not forget to rate our article by clicking 5 stars 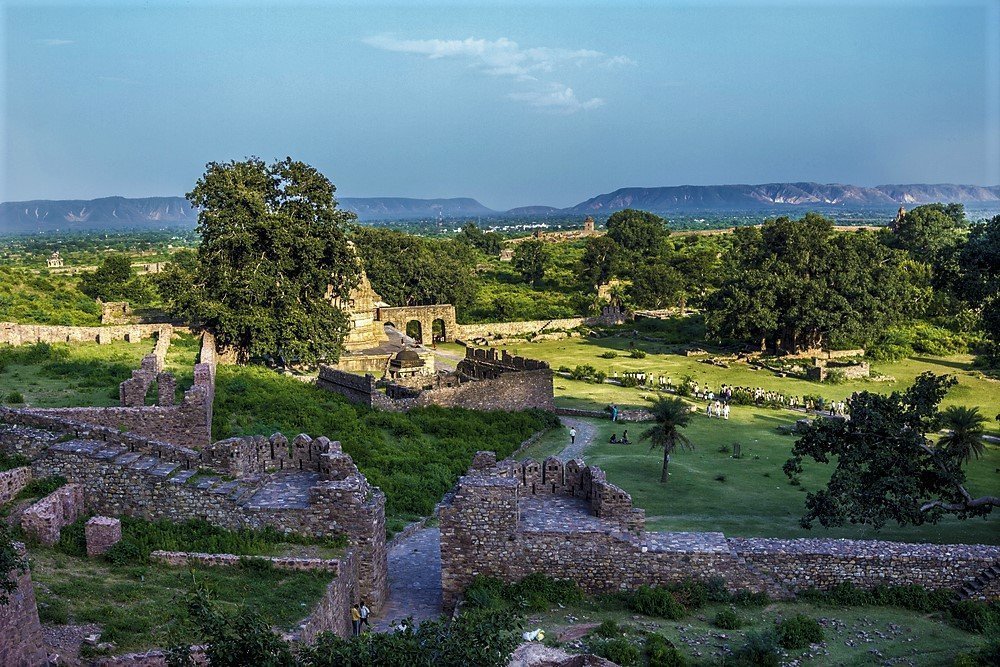 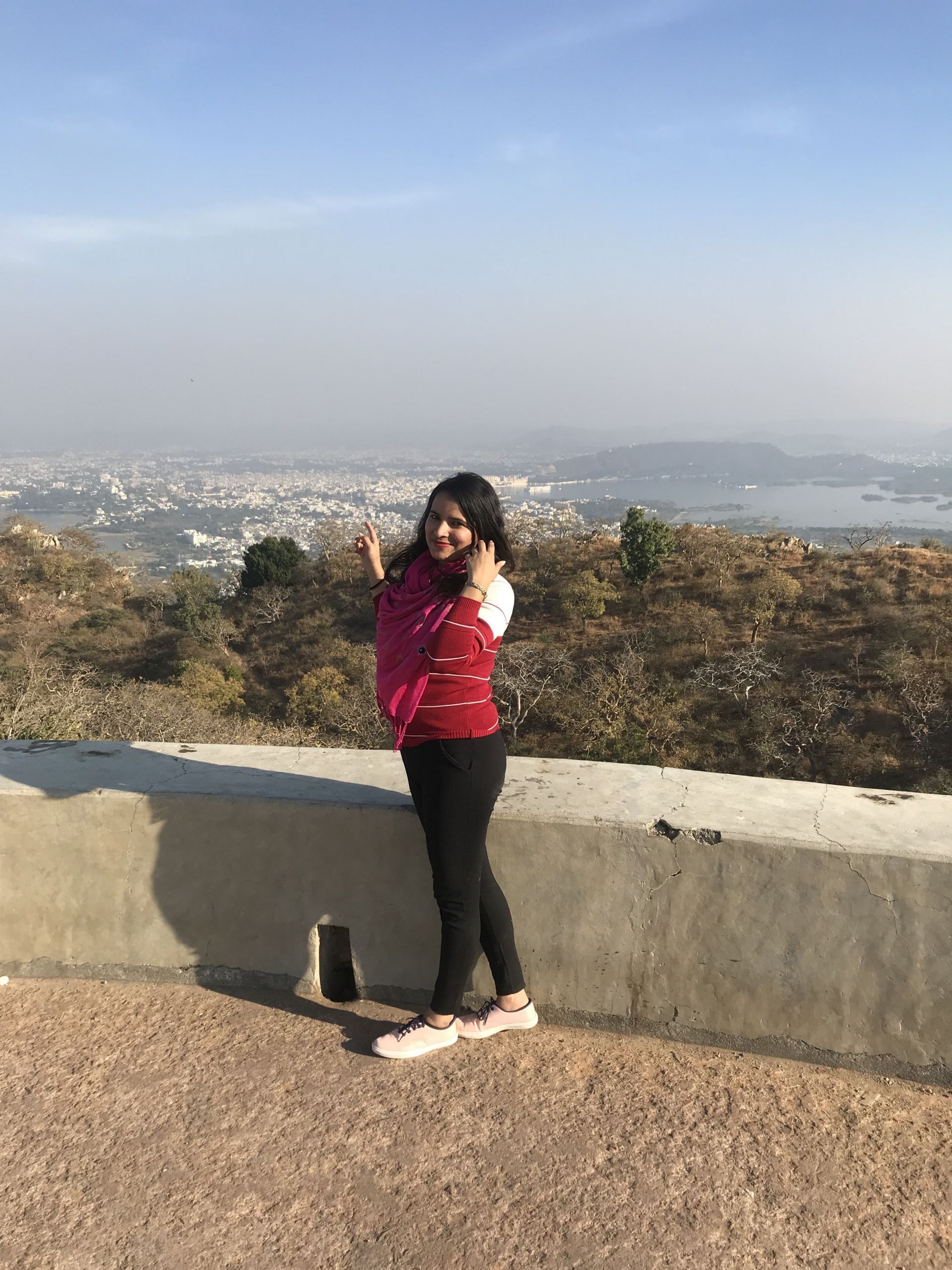 Delhi To Udaipur Trip | Under Rs 10,000 With Amazing Udaipur Experience 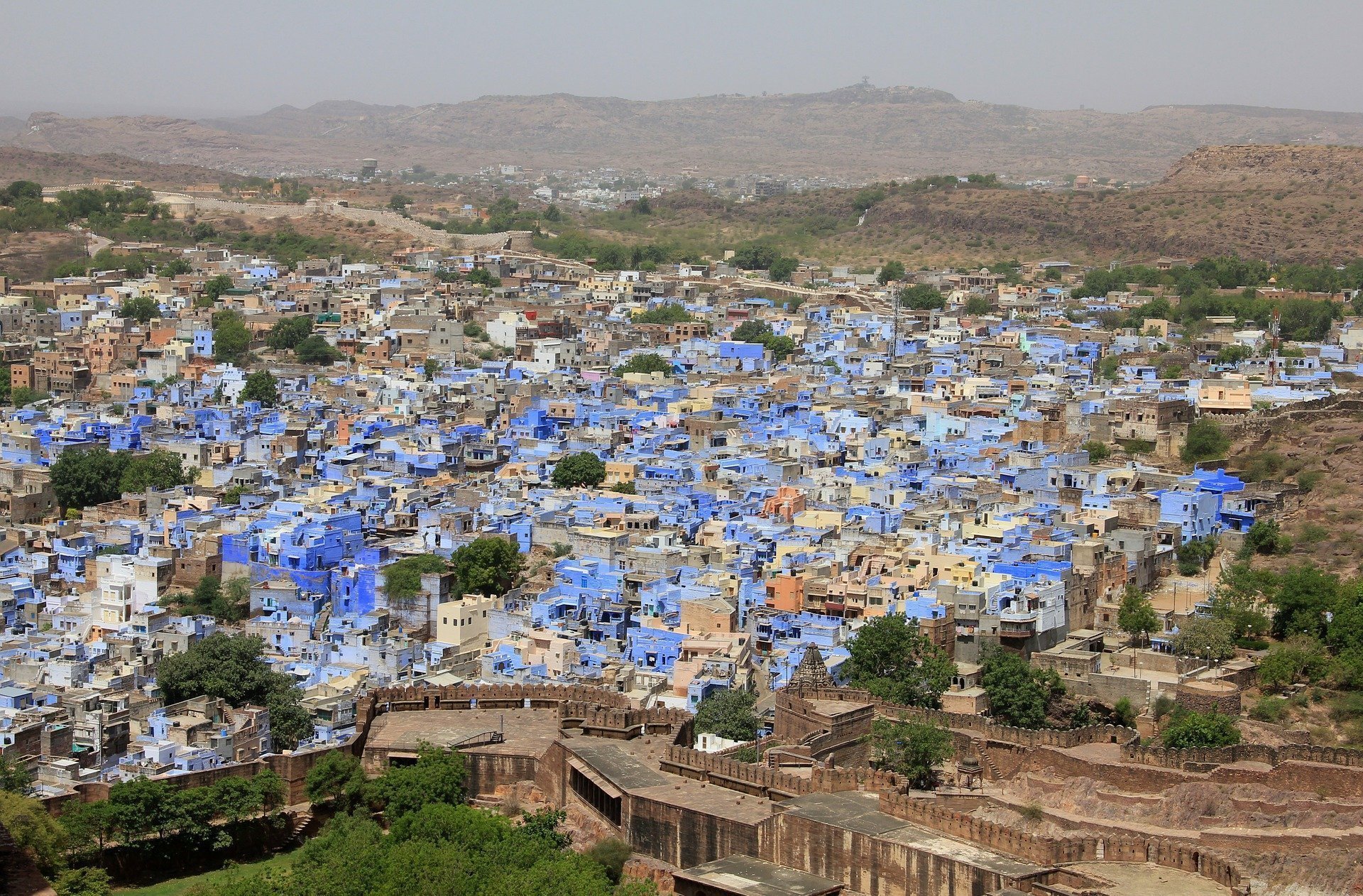 Jodhpur Places to Visit in & Around | A Jodhpur Travel Guide Gallery

Jodhpur Places to Visit in & Around | A Jodhpur Travel Guide