Wagah Border, Amritsar India– A must visit and most energetic international border to visit in the lifetime.Witness the aggression, emotion in the air & the famous Wagah border ceremony as you sit down and watch the preceding

On Our Way To Wagah Border From Delhi 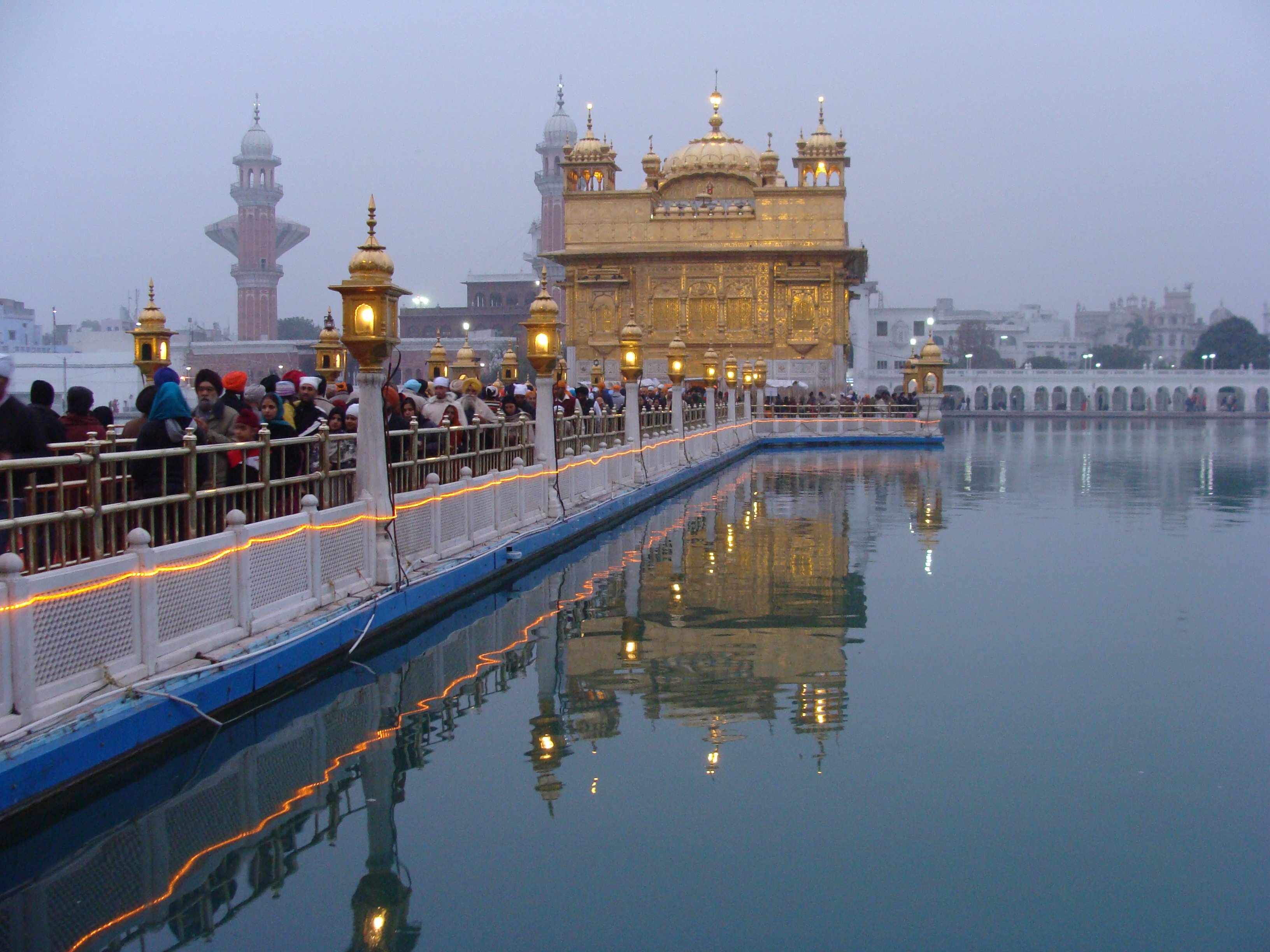 We arrived the holy land of Ramdaspur which is now known as Amritsar, the city once having the political sovereignty of Khalsa warriors. The highest seat of earthly authority of the Khalsa the Akal Takht located in the compound of Harmandir Sahib was built by the sixth Guru Hargobind Sahib as a place of justice. With the thinking of the sacrifice of Sikhs, who are always ready for the protection of humanity. We hired the taxi to reach the Atari Border.

Punjab The Land & Tale Of Glorious Past & Promising Future 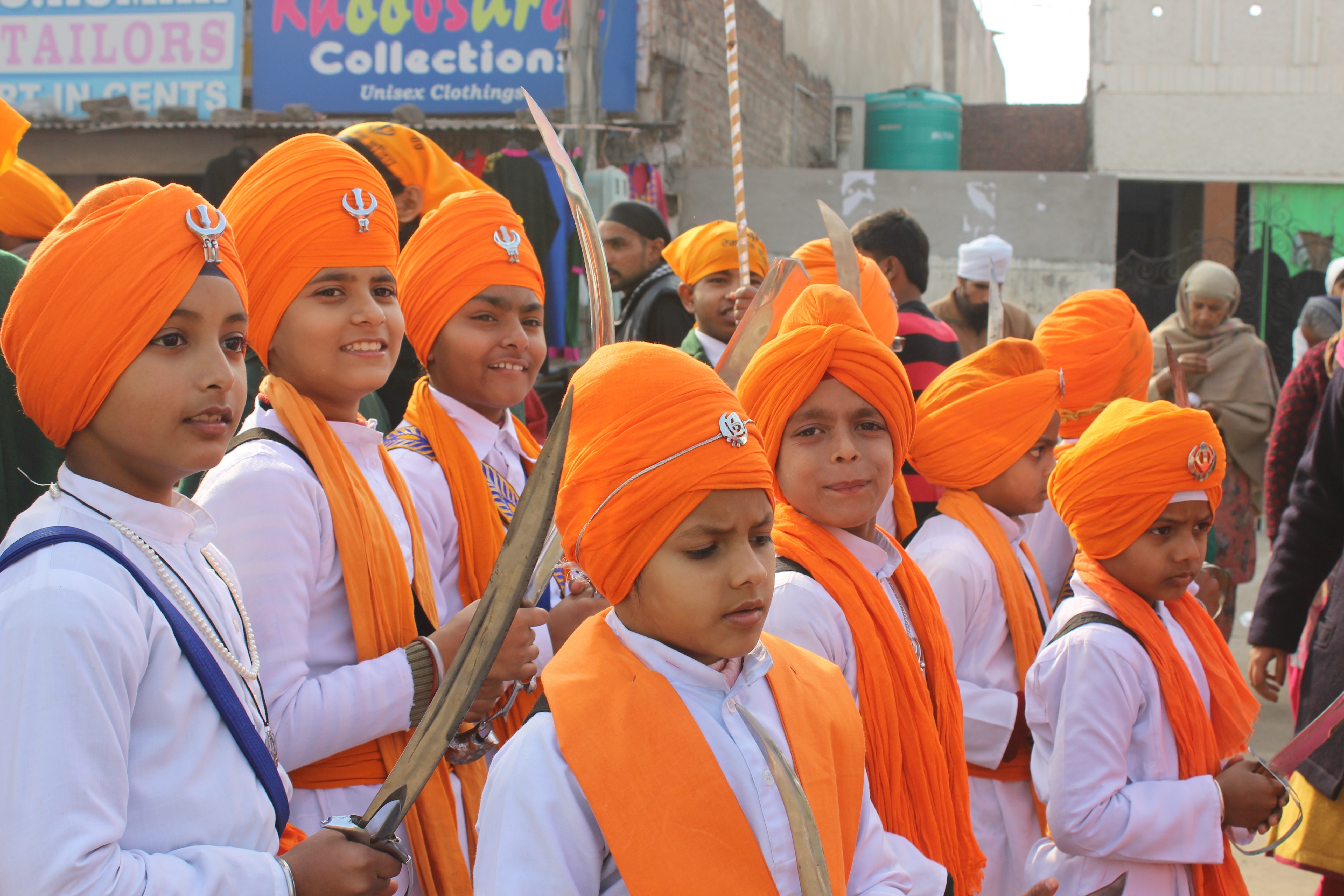 On our way to Attari border, there was a big and amazing building of Khalsa College which has the influence of European, Sikh and Mughal architecture. The college gives various personalities to India chief ministers to Punjab, players to Indian hockey and cricket, writers, army commanders and many national leaders.

By seeing the beautiful agricultural land which is flourishing by the river Indus and its tributaries from thousands of years and faces many attacks from the time of Alexander the great to the Britishers but never kneel and still flourishing with dignity.

As I was giving tribute to the people of this land, who sacrifices their life and suffers from the bloodshed during the partition of 1947. We reached the destination. After security check, we are entering the place where Flag Retreat ceremony was going to be held and secured our place. 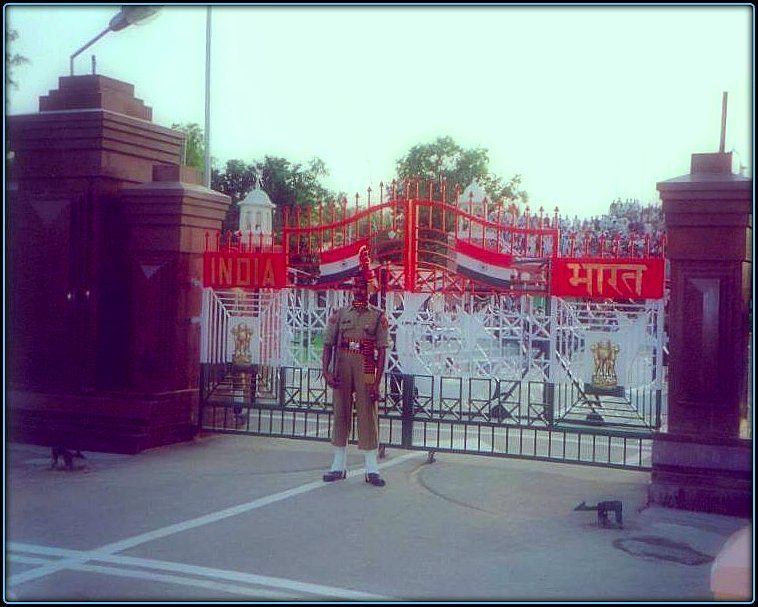 “On the border” by souravdas is licensed under CC BY

This division was done by Sir Radcliffe and it lies on the Grand Trunk Road between the cities of Amritsar (India) and Lahore (Pakistan). The border is located 24km from Lahore and 32Km from Amritsar and 3Km from the village Atari. One important point to note that this was the only road link between India and Pakistan before the opening of the Aman Setu in Kashmir in 1999.

Wagah Border- All You Need To Know About Flag Retreat Ceremony

Under the supervision and security of Border Security Force (BSF) at Indian side and Sutlej Rangers at Pakistan side, the ceremony starts with the patriotic songs from Indian side and Pakistan side. The crowd was so enthusiastic, and the feeling of patriotism was at its hike. Suddenly BSF personnel were seen in highly energetic and aggressive mode. 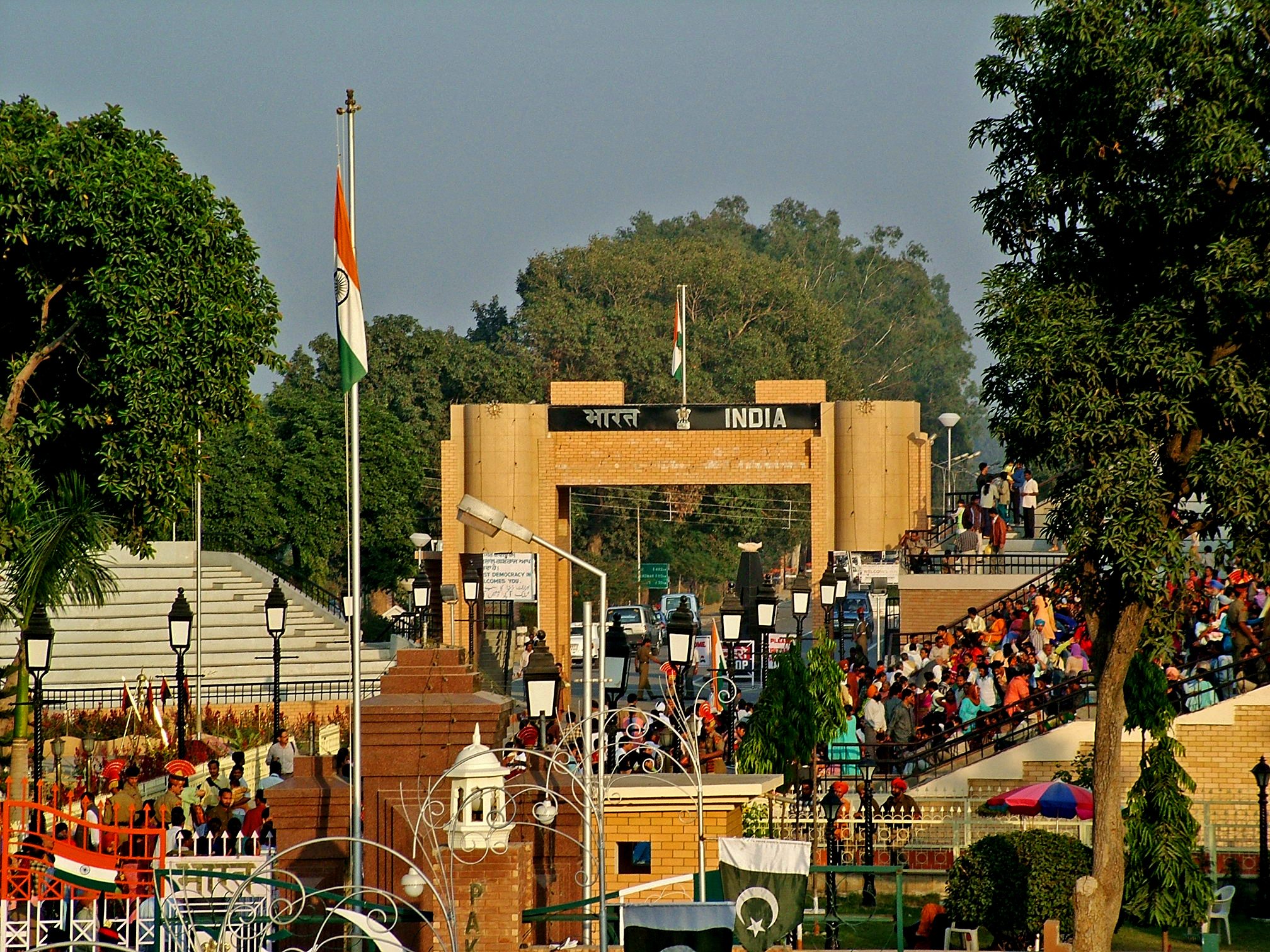 The eye to eye contact between the soldiers of both sides added zest among the crowd, which encourages the soldiers and they reacted like ruffian towards each other.The ceremony was stupendous and edify the feeling of patriotism and brotherhood. The first time I observed from my naked eyes that the people of another side of the border are also like us they speak the same language and wants mutual growth with mutual understanding.

The air of the Wagah border spreads the fragrance of patriotism, and the shouting of slogans by crowd injects the feeling of brotherhood into the nerves. 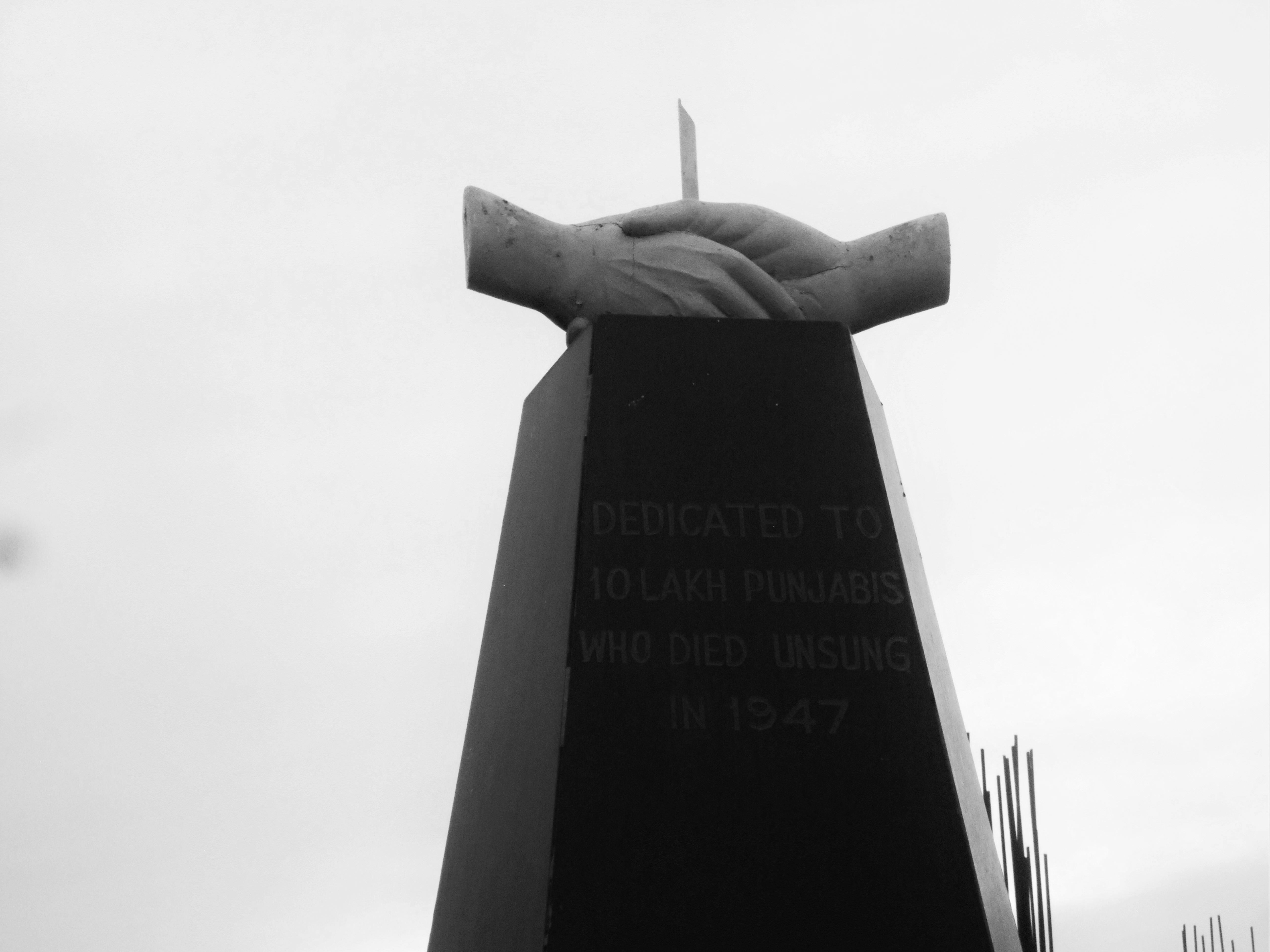 When the flag retreat ceremony gets overs and the gate of both sides closed, people comes out on the road and start clicking photos with the security personals, and they are so cooperative. There are national symbols of the respective country on respective gates. There is a Smarak in memories of Punjabis who sacrifices their life during partition.

My Experience Of Visiting Wagah Border- In My Words 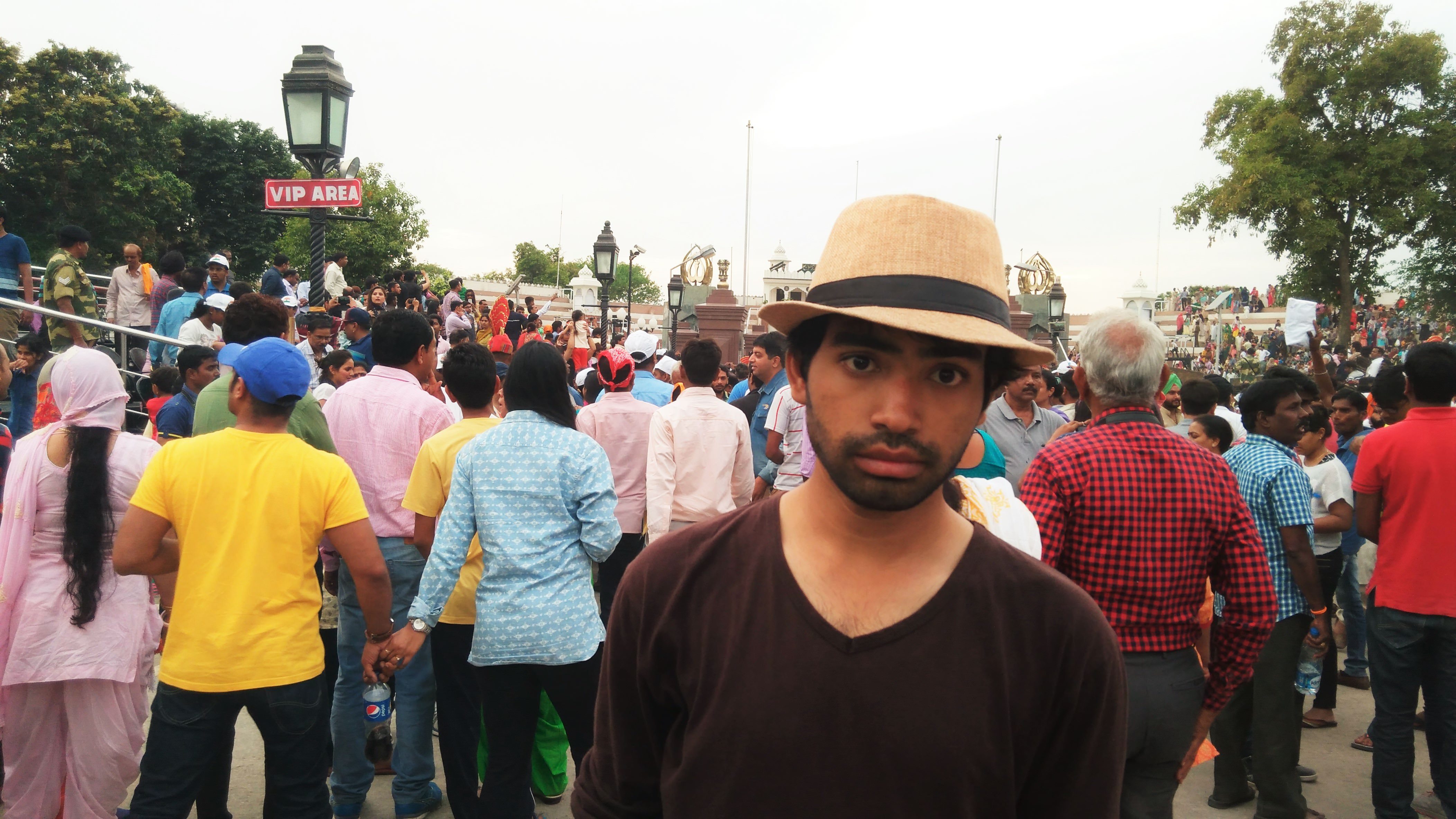 On returning three BSF soldiers stopped me and started asking about myself in a friendly way and then with the blushing face one of them said that my hat was unique, and they liked it that’s why they called me then along with friends I clicked some photos with them. The BSF personals are sagacious and understandable.

The experience of visiting Wagah border was amazing, and we leave the place with preserving some beautiful, proud memories and the new energy, in the hope to visit the place again and again for the enlightenment of patriotism in heart.

Please rate my article by clicking on the stars. Leave a comment for us , if you need any help or info

About the Author: Saurabh Singh 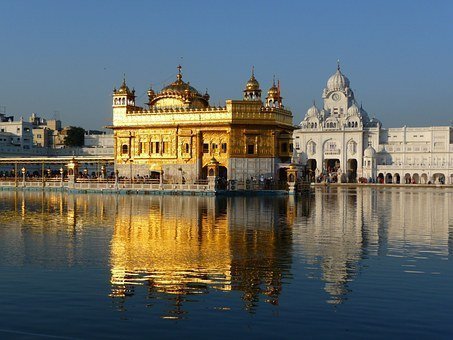