Orchha– Good morning, dear readers! Orchha in India can woo you with its unadulterated beauty, palaces, and magnificent temples. I hit the road to Orchha at the break of dawn with a 411cc motorbike and two pieces of luggage.

As the title says, Orchha is undoubtedly a hidden gem on the banks of Betwa River in Madhya Pradesh. To help you make the most of your Orchha trip, I will share my travel story filled with all the relevant information and facts.

The journey started from the City of Lakes ‘Bhopal’ to the hidden riverside town ‘Orchha’ surely needs a heavy & healthy breakfast, the most important meal of the day. You know, it is something which keeps your metabolism in order. A Heavy Breakfast in Bhopal

Looking for breakfast options in Bhopal? Let me help you! Go to any outlet of ‘Indian Coffee House’ for a healthy South Indian breakfast or Biryani. They serve North Indian dishes too.

Another option is ‘Chai 34’ where you can choose any of the more than 20 flavours of tea or you can directly go ‘Raju Tea Stall’ to have Poha, Jalebi, Kachori and obviously, tea as its name says.

One more good option is ‘Sagar Gaire’ which is popular in Bhopal for delicious soups and the best sandwiches. Hope your tummy feels better now! Let’s move.

Bhopal to Orchha is around 350 km and took 8 to 9 hours including short breaks. Via NH 44 will be the fastest route for you if you are coming from Bhopal or Sagar in Madhya Pradesh.

I request you to kindly check the routes before starting your ride. My sincere thanks to the Ministry of Road Transport and Highways for the smooth roads!

After riding almost 330 kilometers, I took help from Google Maps to reach the place to stay that I booked in advance through Airbnb which cost me exactly Rs.1732 for two nights. I was greeted warmly and served some tea & snacks. That’s really warm!

How to Reach Orchha

Orchha is in the Niwari district of Madhya Pradesh. It is around 17 km from Jhansi which is the nearest railway station to Orchha and a historic city in the state of Uttar Pradesh.

Orchha is well-connected by road to all the major cities like Bhopal, Gwalior and Khajuraho. A Place to Stay in Orchha

Looking for the stay options in Orchha? Let me help you again!

Situated atop a small hillock, MPT Betwa Retreat is a beautiful property that defines the spirit of Orchha. The retreat is sure to win your heart with its location, ambience, and hospitality. It has heritage suites, tastefully done rooms and cozy tents.

Spread across 12 acres, the property offers guests an elegant interplay of rich legacy with contemporary luxury. Guests on arrival are welcomed by the hotel’s exterior façade of multiple domes and trellised archways that rise elegantly towards azure skies. Inside, gilded domes and local artworks prove the perfect foil to the soothing colour palette of the furnishings.

Another MP Tourism property, this centuries-old palace within the fort complex is definitely the best you can do in terms of atmospheric setting, even if there is a faintly musty air about the place. By far this is the most luxurious hotel in Orchha, with four-poster beds, a swimming pool and an ayurvedic spa. Its regal architecture exudes old-world charm.

The Bundelkhand Riverside Heritage hotel is one of the premier heritage hotels in India. It is built on 50 acres of land on the banks of the River Betwa in Orchha. The resort offers the finest blend of comfort and luxury.

If you want other options, there are several hotels, homestays, and guesthouses in Orchha where rooms can be booked online or by phone. In case you are still confused, contact us for more solid options!

Things to Do in Orchha

First of all, I would like to say clearly that there is much more in Orchha than just monuments. Unlike other towns, the whole Orchha looks like a palace.

A town where you enjoy wandering around the palace areas, walking in the streets, capturing the magnificent views from any point, and getting lost in the temples & the surrounding market. Let me tell you one by one!

Dedicated to Lord Vishnu, Chaturbhuj (one, who has four arms, refers to Rama, an Avatar of Vishnu) Temple is no doubt fascinating and the major tourist attraction in Orchha.

Located outside the limits of the Orchha Fort complex, the temple looks mesmerizing from a distance and you can capture incredible Orchha views from its roof. It is said that the Queen of Orchha, Rani Ganesh Kunwari had a dream visitation about building a temple for Lord Rama, so she insisted her husband Raja Madhukar Shah, who was the Ruler of Orchha in the 16th century, to build a temple to house Lord Rama but never used for the purpose it was made for.

Rani Ganesh Kunwari was the dedicated devotee of Lord Rama. She wants the temple in such a manner that she could see Lord Rama from her palace’s window.

After receiving approval from Madhukar Shah, she went Ayodhya to invite Lord Rama and requested him to move to Orchha, but he set forth a condition that he would not move again once he would be initially housed in Orchha.

When she returned with the idol of Rama, it was installed temporarily in Rani Mahal as the Chaturbhuj Temple that was still under construction. Once it is completed, the deity stayed put and refused to move.

As a result, the Chaturbhuj Temple remained vacant, and the palace became the house of Lord Rama. Eventually, the palace was turned into Ram Raja Temple, the only shrine in the country where Lord Rama is worshipped as a King (Raja).

As mentioned earlier, it was a royal palace once and now it is known as Ram Raja Temple where Lord Rama is worshipped as a king. You will be surprised to know that A Guard of Honour is held every day for the respect of Rama in a manner of a king and police personnel are deployed as guards of the temple.

Devotees come from far and every corner of the country throughout the year. The temple is situated next to the Chaturbhuj Temple and the market springs up around it.

During the festival of Rama Navami, the temple is a site of several activities. Vivaha Panchami in November/December is another colourful festival at the temple celebrating the wedding of Lord Rama and Sita.

Constructed in honour of the rulers of Orchha, these 15 cenotaphs are located on the southern bank of the Betwa River. Most of these unique structures are designed in a three-story pattern and well-preserved.

These are best viewed from the narrow road bridge during the sunset and when sunlight falls on them, they get turned into golden colour so undoubtedly, the cenotaphs are the highlight of Orchha but there is much more to explore. Jahangir Mahal was built in the 17th century by Vir Singh Deo to honour Emperor Jahangir on his first arrival to Orchha. As a symbol of greetings, it was filled with every design in a manner of marking the entry of a king.

The main entrance was decorated with two stone carved elephants with a bell. The palace has three stories with 236 chambers. Designed in Hindu and Muslim styles, Jahangir Mahal or the Orchha Palace represents an excellent architectural brilliance. The King’s Palace Within Raja Mahal

In the form of a perfect square or the courtyard was the first part of the palace to be built. The rooms around the courtyard, painted in the Bundela style, served as the private residence of the king, his wives, and children. Here, you will see a five-hundred-year-old water drainage system and many different types of arch in the Raja Mahal.

A one-kilometer paved path links the Laxmi Narayan Temple with Ram Raja Temple. As its name says, the temple is dedicated to Goddess Laxmi and a perfect blend of a temple and fort architecture. The murals in vibrant colours depict Hindu deities, scenes from the epics and secular subjects.

The sanctuary is spread across an area of 45 km square and lies on the banks of Betwa River. Here, you can spot Chital, Sambar Deer, Chinkara, Nilgai, reptiles and the sanctuary houses more than 100 bird species – the reason it is referred as a Bird Sanctuary by tourists.

Also, the magnificent flora and fauna enchant you along with a close encounter with nature. I was officially charged Rs.200 for my motorbike as the entry fee. Officially, the department charges Rs.50 for walkers/bicycle, Rs.400 for an autorickshaw, Rs.600 for light vehicles (car, jeep) and Rs.1200 for a minibus.

A Must Do Thing Rafting at River Betwa

The main adventure in Orchha is river rafting and do never miss to try if it is available because it depends on the water level and rapids at River Betwa. There are two options: 2 km and 6 km.

The safari commences from the scenic Kanchana Ghat to Shiv Ghat making its way through several rapids and passing under the low lying Orchha Bridge. At Shiva Ghat, you take a break for breakfast/lunch. If you opt for 6 km, it carries on to the Note Ghat.

Madhya Pradesh Tourism has incorporated a sound and light show that exhibits the history of Orchha and its palaces & monuments portrayed against the backdrop of the fort complex.

The captivating sounds of running horses & lion attacks with the beautiful narration of the magical past of Orchha rank one of the remarkable sound and light shows in Madhya Pradesh. Ram Raja Restaurant & Café is the best in Orchha to enjoy freshly prepared local food at a reasonable price. This street-side café is located near the small bridge which connects to the Orchha Fort Complex. They attract tourists by providing a rich taste of pure coffee.

Sheesh Mahal Hotel reflects the rich medieval heritage of India. Situated within the Orchha Fort Complex, it has an excellently designed restaurant that offers delicious dishes along with sumptuous Indian cuisine delicacies. Eat here for the finest dining experience in Orchha. Takeaway from My Orchha Trip

I had a fantastic time in Orchha! Everything was fantastic! I recommend a visit to Orchha for every tourist and traveller, at least once in a lifetime, who are interested in heritage, magical history, monuments, pilgrimage, palaces, architecture, adventure, photography, and nature.

Ask us anything about Orchha and our team may help to design a trip for you if required. Before you go – A single click on the LIKE button encourages us while sharing the blog motivates a thousand people so don’t deprive us of that, like and share and spread the good word!

You are cordially invited to join our exclusive TravelEscape Facebook community. In case you are interested, we also have a WhatsApp group.

I want to make memories all over the world and would like to be richer in my life so I have decided to do traveling a lot and get some mind-boggling experiences because travel is the only thing you buy, that makes you richer. 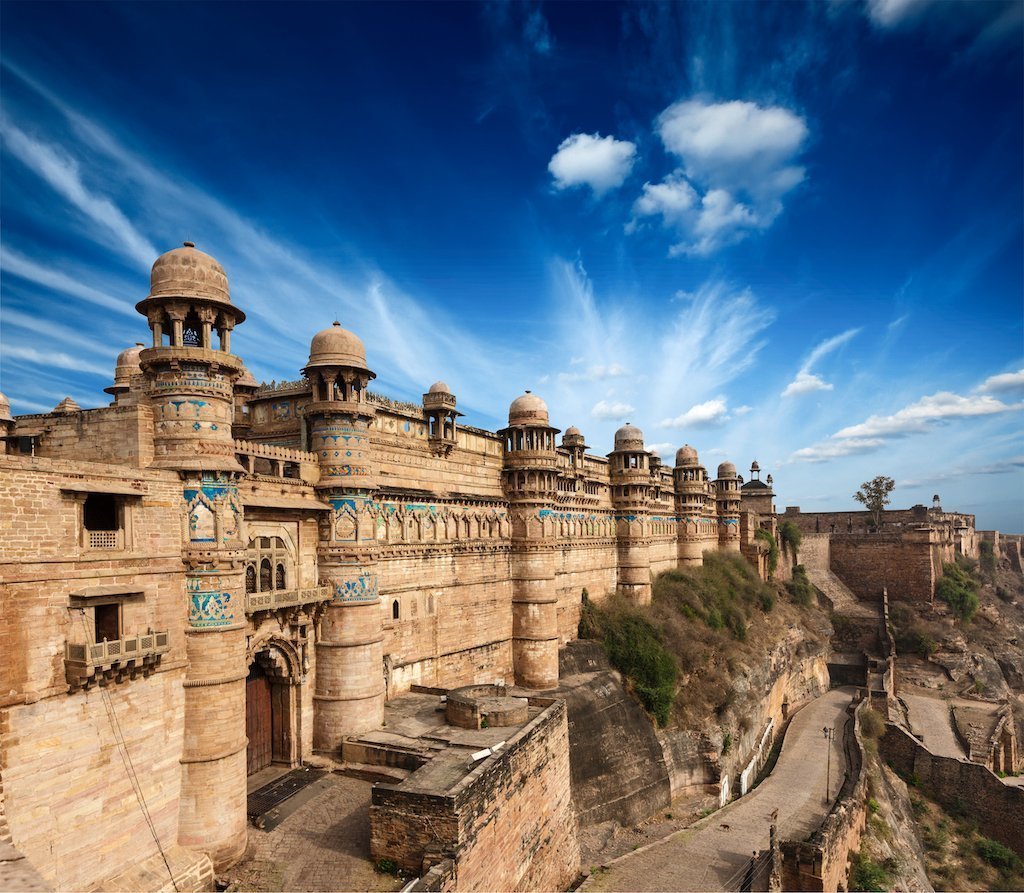 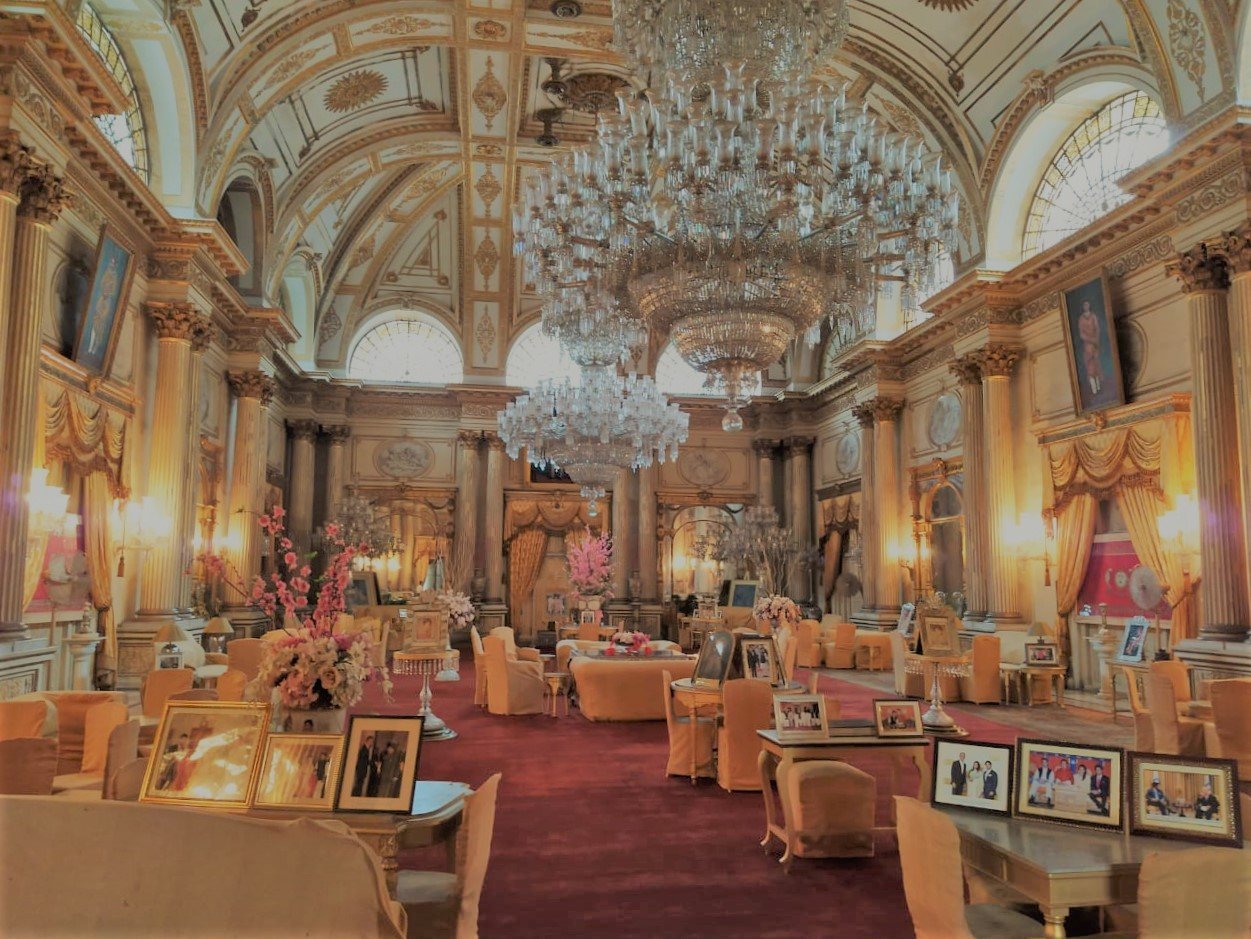